Economic Freedom of the World

The Fraser Institute a Canadian “think tank” publishes an annual report concerning the economic freedom of each country.

The annual Economic Freedom of the World report is the premier measurement of economic freedom, using 42 distinct variables to create an index ranking of countries around the world based on policies that encourage economic freedom. The cornerstones of economic freedom are personal choice, voluntary exchange, freedom to compete, and security of private property. Economic freedom is measured in five different areas: (1) size of government, (2) legal structure and security of property rights, (3) access to sound money, (4) freedom to trade internationally, and (5) regulation of credit, labor, and business.

The complete 2012 report is at this link:

An executive summery of the 2012 report can be viewed at this link:

Here are the rankings from the current report:

The researchers who wrote this study felt compelled to include the following section:

The United States, long considered the standard bearer for economic freedom among large industrial nations, has experienced a remarkable plunge in economic freedom  during the past decade. From 1980 to 2000, the United States was generally rated the third freest economy in the world, ranking behind only Hong Kong and Singapore.  After increasing steadily during the period from 1980 to 2000, the chain-linked EFW  rating of the United States fell from 8.65 in 2000 to 8.21 in 2005 and 7.70 in 2010. The chain-linked ranking of the United States has fallen precipitously  from second in 2000 to eighth in 2005 and 19th in 2010 (unadjusted ranking of 18 th ).  By 2009, the United States had fallen behind Switzerland, Canada, Australia, Chile, and Mauritius, countries that chose not to follow the path of massive growth in government financed by borrowing that is now the most prominent characteristic of US fiscal policy. By 2010, the United States had also fallen behind Finland and Denmark, two European welfare states. Moreover, it now trails Bahrain, the United Arab Emirates, Estonia, Taiwan, and Qatar, countries that are not usually perceived of as bastions of economic freedom. The United States has now reached a point where  even small additional decreases in the rating will cause large ranking changes because  there are so many more countries clustered in this range of the index.

US ratings have declined in four of the five Areas of the EFW index. The rating in Legal System and Protection of Property Rights (Area 2) dropped by more than  2 points between 2000 and 2010. While it is difficult to pinpoint the precise reason for this decline, the increased use of eminent domain to transfer property to powerful political interests, the ramifications of the wars on terrorism and drugs, and the violation of the property rights of bondholders in the bailout of automobile companies have all weakened the United States’ tradition of the rule of law and, we believe, contributed to the sharp decline of the Area 2 rating. The rating for Freedom to Trade Internationally (Area 4) fell by over one point, and the ratings for Size of Government (Area 1) and Regulation (Area 5) by more than a half point. The only Area where the United States’ rating was basically unchanged was Access to Sound Money (Area 3).

Government consumption, transfers and subsidies, and government investment  all rose during the decade, while their private-sector counterparts were lower. These changes were the major reason underlying the decline in the rating for Area 1. The time cost of clearing customs increased and government borrowing consumed a substantially larger share of the credit market, contributing to the rating reductions in Areas 4 and 5. Some of the declines between 2000 and 2010 in the ratings of individual components and sub-components were very large. For example, the rating for Protection of property rights (2C) fell to 6.8 from 9.1. The rating reflecting import and export compliance costs (4Bii) fell to 7.2 from 9.5. Reflecting the large fiscal deficits of recent years, the private-sector credit rating (5Aii) plummeted to 0.8 from 9.4. The rating reflecting burdensome administrative regulations (5Ci) plunged to 4.0 from 7.9.

The approximate one-point decline in the summary rating between 2000 and  2010 on the 10-point scale of the index may not sound like much, but scholarly work on this topic indicates that a one-point decline is associated with a reduction in the long-term growth of GDP of between 1.0 and 1.5 percentage points annually (Gwartney, Holcombe and Lawson, 2006). This implies that, unless policies undermining economic freedom are reversed, the future annual growth of the US economy will be half its historic average of 3%.

Mark Monoscalco is a member of the Grassroot Institute of Hawaii, the 1776 Society, and an “Ambassador for Liberty.”  You can read him regularly at http://defendingcivilsociety.blogspot.com/. 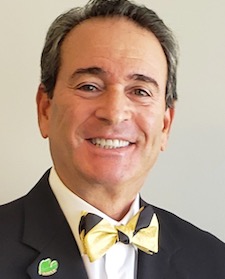 Mark Monoscalco is the secretary of the board of directors for the Grassroot Institute of Hawaii. He is a small business consultant.