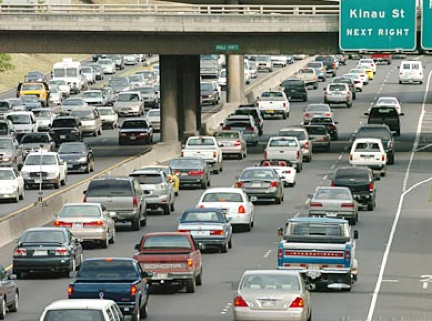 Optimists take heart!  Honolulu no longer has the worst traffic in the country.  The bad news is that we are second worst, following Los Angeles, but it still represents a move in a positive direction.

Unfortunately, Honolulu didn’t move far in the rankings despite having 2012’s largest decrease in congestion among the top 10 cities with the worst traffic.  According to the national scorecard from INRIX, a traffic information firm, the average Honolulu driver spent an extra 50 hours in traffic in 2012.  Honolulu motorists have also seen a 4% increase in congestion so far this year.

To read more about the results of the study, see the full story here.