In celebration of Hayek … and freedom 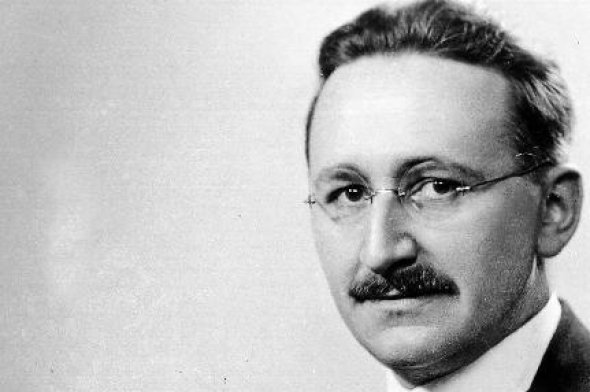 May 8, 2013 marks the 114th anniversary of the birth of F. A. Hayek.  Please take some time today to study his life’s work and his message.  A good place to start is at Libertarianism.org and this link to F. A. Hayek’s biography: http://www.libertarianism.org/people/f-a-hayek

These are some of the highlights:

F. A. Hayek, the 1974 Nobel Memorial Prize winner in Economic Sciences, was an economist and philosopher best known for his defense of classical liberalism and free-market capitalism against socialist and collectivist thought.

Socialism appealed to the idealism of intellectuals, yet it brought the most hideous tyrannies. Just from the standpoint of human liberty, socialism was a catastrophe everywhere.

More than anyone else, Nobel Laureate Friedrich Hayek showed why socialism undermines human liberty and, if pursued far enough, must result in tyranny. He told why thugs dominate so many socialist regimes. He explained how institutions of a free society develop without central planning.

In 1936, Hayek gave a talk, “Economics and Knowledge,” at the London Economic Club, and Economica reprinted it. He explained that prosperity depends on tapping vast amounts of information about what people want and how best to supply it. The information is dispersed among millions of people and constantly changing, which dooms central planning to failure.

He noted there is general agreement about a few functions of government such as providing national defense and punishing violent criminals, but as government expands beyond the realm of general agreement, it must enforce conformity. Central economic planning, Hayek explained, means more and more coercion as officials gain power to decide what work people must do, which kinds of cars, pens, apples and everything else must be produced—and who should get them. He observed that power attracts those who don’t have scruples about imprisoning or even executing people. That’s why “the worst get on top.”

Hayek’s book titled The Road to Serfdom—after Alexis de Tocqueville’s phrase “the road to servitude”— was published in England on March 10, 1944.  The University of Chicago Law Review (Spring 1949) published Hayek’s essay “The Intellectuals and Socialism.” He wrote, “The main lesson which the true liberal must learn from the success of the socialists,” he wrote, “is that it was their courage to be Utopian which gained them the support of the intellectuals and therefore an influence on public opinion which is daily making possible what only recently seemed utterly remote.”

Hayek’s writings inspired Ronald Reagan in the United States and Margaret Thatcher in Great Britain. Hayek was revered by people who suffered from socialist tyranny in Eastern Europe, the Soviet Union and China. Hayek’s last work was The Fatal Conceit, the Errors of Socialism (1988).

Hayek had lived just long enough to see the Union of Soviet Socialist Republics disappear from the map. He had insisted, as Ludwig von Mises did before him, that socialism would impoverish multitudes—and he was vindicated. He correctly warned that socialism ultimately means oppression, slavery and mass murder. He did perhaps more than anyone else to show that free people, not government planners, are the key to a flourishing civilization.

As John Cassidy wrote in the February 7, 2000 New Yorker, “If there are two things most people can agree on these days, they are that free-market capitalism is the only practical way to organize a modern society and that the key to economic growth is ‘knowledge.’ So prevalent are these beliefs that their origins are rarely examined, which is somewhat surprising, since both statements can be traced back, in large part, to one man, Friedrich August von Hayek.” His moral courage and dazzling insights made clear that ideas shape our destiny.

You can read more from Mark Monoscalco at his blog: http://defendingcivilsociety.blogspot.com/