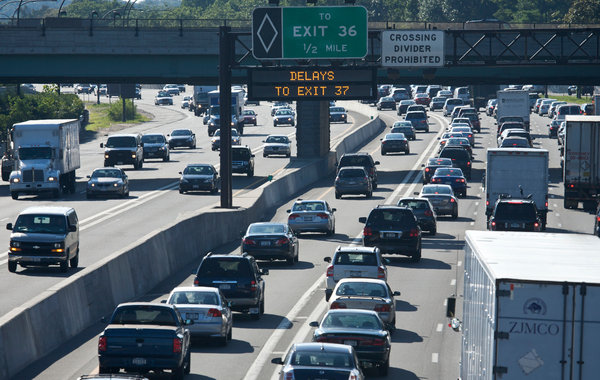 A new study has taken a different look at traffic and transportation issues (of which we in Hawaii certainly have our share)–instead of focusing on commute times or speed, they instead consider “access” as the most important factor.  Access, in this case is defined as, “the number of destinations reachable within a given travel time,” via a particular mode of transportation.  And the bad news is that Honolulu does not do well by this metric, figuring as one of the cities with the largest decreases in automobile access to work.  As Robert Poole of the Reason Foundation explains:

In this study, Levinson estimated the accessibility to jobs by car for the 51 largest U.S. metro areas. His data are for 1990, 2000, and 2010, so in addition to providing a snapshot of conditions as of 2010, the data also allow him to document trends over the past two decades. The results may surprise many of those concerned about traffic congestion in the largest metro areas, because Levinson finds that the 10 metro areas that provide the greatest accessibility to jobs via auto commuting are, in order: Los Angeles, San Francisco, New York, Chicago, Minneapolis, San Jose, Washington, Dallas, Boston, and Houston. And over the past two decades, the places with the largest increases in accessibility by car are Las Vegas, Jacksonville, Austin, Orlando, and Phoenix. Those with the largest decreases are Cleveland, Detroit, Honolulu, and Los Angeles.

What accounts for these findings? Although Levinson doesn’t really get into the details, I think one of the most important factors is the ongoing suburbanization of jobs. Remember, Levinson’s data are for entire metro areas, and there has been a huge dispersion of jobs throughout these metros over the past 50 years. A good summary of the data was provided last month by Wendell Cox in “Job Dispersion in Major US Metropolitan Areas, 1960-2010.” (www.newgeography.com/content/003663-job-dispersion-major-us-metropolitan-areas-1960-2010) For example, in 1960 54% of employment in 35 major metro areas was in the historical core municipalities—but by 2010, that figure had dropped to 30%, with 70% in suburban and exurban areas. The suburbanization of jobs has made huge numbers of workplaces more accessible by car than before, leading to shorter average work-trip travel times than in Canada or Europe.