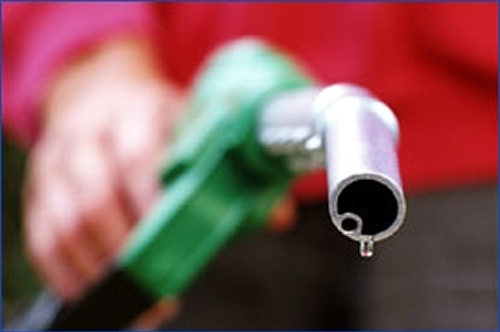 Lori Ann LaRocco, Senior Talent Producer at CNBC recently published an article outlining how the Jones Act increases fuel costs–especially for jet fuel and motor gasoline.  She concludes that repealing the Act would be an effective way to reduce energy costs, and could even cut gas costs in the continental US by as much as 30 cents per gallon.

LaRocco’s article is an important step forward for those of us who want to see reform of the Jones Act.  Its damaging economic effect in Hawaii is well-documented, but it will take a nationwide effort and support in order to get the Congressional support to push through a change.  And given the fact that Hawaii’s Congressional delegation has traditionally supported the Jones Act (and received lots of donations from pro-Jones Act interests), broad interest in reform is critical to our efforts.  The effect of the Act on fuel and energy costs–even in the continental US–may be the best starting point for a larger discussion of the far-reaching economic harm it causes.

You can see an excerpt of LaRocco’s article below or go here to read the full column:

Gasoline costs in the U.S. could fall as much as 30 cents a gallon if lawmakers would repeal a controversial shipping law, industry experts say.

The longstanding Jones Act—a section of The Merchant Marine Act of 1920—which requires any ship that carries goods or commodities in U.S. waters be American made, owned, operated and carry a U.S. flag, is being highlighted by one oil CEO as a reason behind the high price of gasoline in the U.S. and particularly in Florida.

“If foreign owned and flag ships were able to carry gasoline in US waters, the price of gasoline in the North East and in Florida could be 20 to 30 cents lower,” Joe Petrowski, CEO of Gulf Oil, said.

Petrowski added it also makes environmental sense. “This goes beyond gasoline,” he said. “Consumer products which are transported by trucks could also be shipped on U.S. waters, which would ease congestion on roads, reduce emissions and save money.”

The price of fuel expands beyond the pump.

The airline industry, whose largest expense is fuel, is also behind the structural change in the legislation that would allow foreign-made vessels to transport on U.S. waters.

“We don’t need to change the entire piece of legislation but we need legislation that can benefit and reflect today’s economy. Any commodity that moves by vessel is effected here,” he said.   Heimlich said that between the Boston, Miami Dade and Fort Lauderdale airports, the Jones Act premium on jet fuel combined annual of $80-100 million dollars.

Airports that are reliant on the transport of jet fuel also include, Fort Lauderdale, San Juan, Alaska, San Francisco, Los Angeles and Honolulu.

“Bottom line we will pay several cents more a gallon to fuel up at Boston’s Logan or Miami than at D.C., Atlanta or Chicago, in terms of transportation costs.” Heimlich said.

With consumers feeling the crunch at the pump with the U.S. national average around $3.66 a gallon and other industries such as the airlines getting hit as well, the time could be now for Washington to revisit the Jones Act.