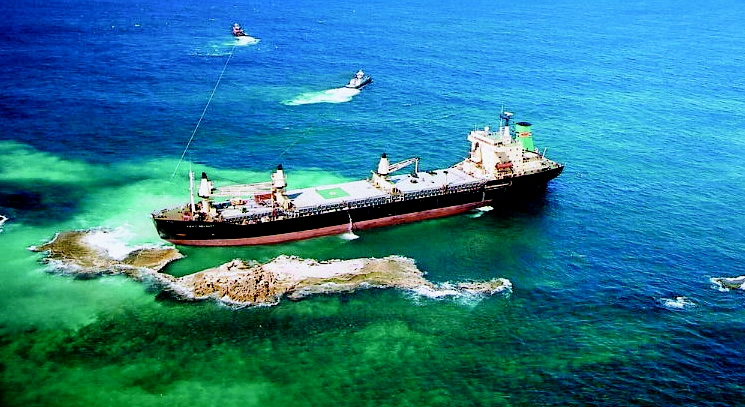 Puerto Rico’s sole delegate to the U.S. Congress, Representative Pedro Pierluisi, has announced that he has introduced legislation that would create a limited exemption from the U.S. build requirement of the Jones Act allowing foreign-built ships to transport bulk cargoes the domestic Puerto Rico trade.

The Jones Act (Section 27 of the Merchant Marine Act of 1920) requires that vessels must be U.S.-built, U.S.-flag, U.S.-owned, U.S.-crewed and U.S.-operated to transport cargo between domestic points within the U.S.  Puerto Rico is considered a domestic place for purposes of the Jones Act.

The GAO report identified a shortage of Jones Act qualified ships available to transport liquid and dry bulk cargoes from the U.S. mainland to the Commonwealth of Puerto Rico, which can be relieved by allowing foreign built ships into the Puerto Rico trade.

Rep. Pierluisi’s legislation intends to facilitate movement of critical commodities from the U.S. mainland to the island territory.  The kinds of commodities that would move under this legislation include dry bulk cargos such as feed grains and fertilizers to support the agricultural sector and liquid bulk cargoes especially refined petroleum products such as motor gasoline, diesel fuel, and jet fuel.

In addition, Rep. Pierluisi wishes to support the conversion of the island’s electrical production from oil to gas fired, which would be greatly assisted by accessing domestic Liquid Natural Gas (LNG) from the U.S. Gulf Coast.  As there are no LNG carriers in the Jones Act fleet and none have been built in the U.S. since the 1970’s, allowing foreign built LNG carriers in the Puerto Rico trade is integral to those plans.

Currently a significant proportion of these bulk commodities are imported from foreign sources outside the U.S. despite their higher cost because of the lack of Jones Act qualified shipping to bring these commodities from the U.S. mainland.

This extent of this import substitution is ironic given Puerto Rico’s geographic location in the Caribbean Sea in relatively close proximity to the largest concentration of U.S. oil refineries on the Gulf Coast and  the gateway to America’s agricultural heartland at the mouth of the Mississippi River that should benefit Puerto Rico’s economy.

A primary reason for the shortage of Jones Act bulk carriers for dry bulk cargoes and tankers for petroleum products is the extraordinary high cost of deep draft ship construction in the United States that is four to five times the cost of comparable ships built in Asian shipbuilding yards in Japan and South Korea.  In comparison to Jones Act trades, the world is actually well supplied with efficient modern tonnage.

Rep. Pierluisi is officially known as the Resident Commissioner of Puerto Rico to the U.S. Congress, serves the only four-year term in the U.S. House of Representatives and was reelected to another term in 2012.

Michael Hansen is the President of the Hawaii Shipper Council and serves as an Advisor to the Grassroot Institute.