The Sinking Ship of Cabotage (Part 1) 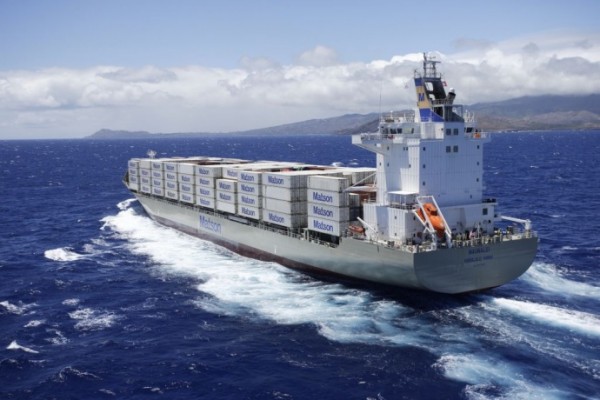 This is the first in a three part series about the Jones Act and the corporate interests and labor unions that support it. It was originally published here by the Capital Research Center.

It’s just a few lines of legislation, but it makes it necessary for Jacksonville, Florida, to bring in coal from Colombia rather than from American mines; it requires Maryland and Virginia to bring in road salt from Chile rather than Ohio; and it makes it cheaper for livestock farmers to buy feed from grain farmers in Argentina and Canada than from Americans. It has helped put many new ventures out of business, from an artisan pastry manufacturer in Hawaii to a new, German-backed shipping concern in the Northeastern U.S. It slowed down the response to the BP oil spill. It even played a role in preventing a cruise ship passenger from boarding the ship he missed in Miami when it stopped in Key West.

Welcome to the surreal world of the Jones Act—the little piece of shipping legislation that manages to spawn all those bizarre situations. Debate over the act involves a tangle of contradictory claims with regard to labor unions, national defense, economic viability, international trade, the maritime industry, proper responses to emergencies and natural disasters, the future of the merchant marine, and the cost of living including the price of gasoline.

Billions of dollars in potential profit are at stake in this fervent debate, as well as the future of the shipping industry and the idea of free trade itself. Opponents of the Jones Act see it as a significant burden on the American economy. But as one observer noted, the dedication of Jones Act supporters is “almost religious.”

The support of unions is critical to the survival of the Jones Act—support from the Maritime Trades Department of the AFL-CIO, the International Longshore and Warehouse Union (the Longshoremen), the Sailors’ Union of the Pacific, the American Maritime Officers, the International Organization of Masters Mates and Pilots, the Seafarers International Union, the Marine Engineers Beneficial Association (MEBA, the oldest and largest maritime union in the U.S., representing both engine and deck crewmembers), and the Inland Boatmen’s Union (representing primarily tug and barge and ferry workers). The breadth and depth of this coalition makes it a formidable force. In concert with the shipping companies themselves, the unions work swiftly and decisively to oppose any Jones Act reform, even smaller changes that might serve as slippery slopes to reform.

Blame for the Jones Act goes back to one Alfred Thayer Mahan. Mahan’s 1890 work on naval warfare, The Influence of Sea Power upon History, is generally credited with shaping modern American naval and maritime strategy. In particular, Mahan stressed the importance of both a strong navy and a healthy maritime industry, describing peaceful shipping and commerce as the source of seapower: “Can this navy be had without restoring the merchant shipping? It is doubtful. History has proved that such a purely military sea power can be built up by a despot, as was done by Louis XIV…. Experience showed that his navy was like a growth which having no root soon withers away.”

Alternatively, one can blame Wesley Livsey Jones, a U.S. Senator from Washington state from 1909-33. Jones used Mahan’s writings on the national defense implications of the commercial shipping industry to justify creating the provision that bears his name. To Mahan’s arguments, Jones added a healthy dose of economic protectionism, the primary purpose of which, to Jones and his constituents, was to ensure that citizens and businesses in Alaska would remain dependent on the shipping interests of his constituents in Seattle and the rest of Washington. (Jones was a supporter of what we today call Big Government; his electoral defeat in 1932 is generally attributed to his strong support for Prohibition.)

The result of his work was the Jones Act, as Section 27 of the Merchant Marine Act of 1920 is known today. The act relates to cabotage, the transport of goods and passengers between different ports or destinations. It states:

No merchandise, including merchandise owned by the United States Government, a State (as defined in section 2101 of the title 46), or a subdivision of a State, shall be transported by water, or by land and water, on penalty of forfeiture of the merchandise (or a monetary amount up to the value thereof as determined by the Secretary of the Treasury, or the actual cost of the transportation, whichever is greater, to be recovered from any consignor, seller, owner, importer, consignee, agent, or other person or persons so transporting or causing said merchandise to be transported), between points in the United States, including Districts, Territories, and possessions thereof embraced within the coastwise laws, either directly or via a foreign port, or for any part of the transportation, in any other vessel than a vessel built in and documented under the laws of the United States and owned by persons who are citizens of the United States, or vessels to which the privilege of engaging in the coastwise trade is extended by section 808 of this Appendix or section 22 of this Act.

The essence is that all goods carried by water between U.S. ports must be shipped on U.S.-flag ships that were constructed in the United States, are owned by U.S. citizens, and crewed by U.S. citizens or permanent residents. Supporters of the Jones Act argue that all these provisions are necessary to support the U.S. maritime industry, both to strengthen national defense and to prevent the job losses that would occur if these protectionist measures were lifted. Opponents of the Act, by contrast, argue it has failed to protect our maritime industry—and possibly hastened its demise—and that the economic devastation we should be concerned about already occurs because of the act.

In our next installment, we’ll look at the economic impact of the Jones Act for noncontiguous territories.