The Obamacare Debacle Should Have Obama And Biden Seriously Considering Resignation 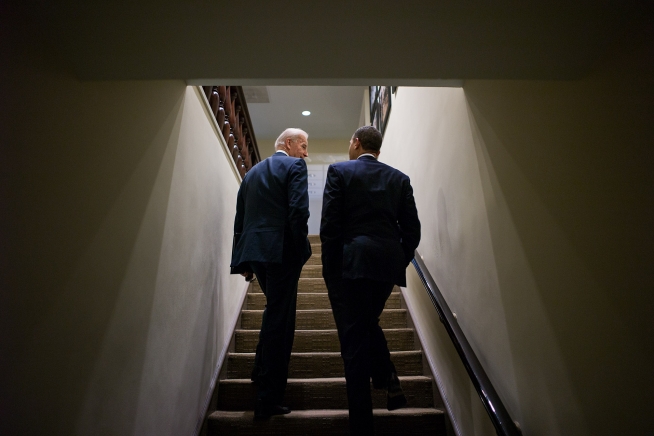 If he cannot prevent the botch of Obamacare from becoming a blunder the honorable course for President Obama is to resign, together with his vice president, from office.  Let John Boehner — next in line of succession — assume the office of the presidency and correct “the single worst piece of legislation that’s been passed in modern times.” Mr. President, according to McClatchy “11 million who bought their own insurance … could lose their plans.” And: “as many as 41 million people could lose their plans even if they wanted to keep them and would be forced into other plans.”

A wiser, libertarian, head pointed out to this infuriated columnist that the vast majority of us will find workarounds.   Thanks to people’s own resourcefulness — and the genius of the free market — with no thanks to the self-styled-benevolent masters of the federal government — most of us 11 million being denuded of health insurance will not be put at mortal, or immense financial, risk. We’ll find a way to replace our lost insurance.  But … this is, to millions, the opposite of your promise to make health insurance universally more available and affordable. Few, if any, other White House botches of this magnitude come to mind.  Growing public dismay over the Obama administration’s botch of its own signature initiative threatens the popularity not only of the president.  It threatens the Democratic party.  The New York Times reports, in its Friday teaser:

The problems with HealthCare.gov have lit a fire under the West Wing staff, but some Democrats close to the White House think that the Obama administration is not sufficiently panicked.

If the botch devolves into a bungle, as is threatened, the widespread personal and political damage surpasses, in substance, the damage caused by the crimes and misdemeanors that directly precipitated the resignation of Richard Nixon.  As columnist Charles Krauthammer has observed: “The president now is toxic.” If the botch indeed becomes a bungle, and if you respect the office of the presidency, Mr. President… do consider resignation. Senate Minority Leader (and likely future Majority Leader) Mitch McConnell had some interesting remarks in an interview with the Wall Street Journal’s Peggy Noonan:

“We would all love to get rid of ObamaCare. If we had the votes to do it we’d do it in a heartbeat. It’s the single worst piece of legislation that’s been passed in modern times.” … ObamaCare itself is “a catastrophic failure. It’s a lot bigger than the website—sooner or later they’re gonna get the website fixed—but from a strictly political point of view,” the fallout for Democrats will be serious and long-lasting. “Not a single Republican voted for it, not one in the House or Senate. Every single Republican voted to defund it, to delay it, to get rid of it in any way.” But is that enough? I suggested there is a void in the GOP reaction to ObamaCare. Wave one of the story was debut, website, failure. Wave two was “Oh my God, I just got my cancellation.” Wave three: “Oh my God, I wasn’t cancelled but they hiked my premiums.” All this is making millions of Americans anxious and resentful—they have a sense the president lied to them. How does the Republican Party right now step in to help? What can it offer people who are suffering from the dislocations? “Yeah, well, I hate to keep repeating myself, but to have the kind of relief the country needs, I think we change the government. Change the Senate, change the presidency.

McConnell here is calling for the election of a Republican Senate majority, in 2014, and president, in 2016.  He is, perhaps, too kind.  If indeed this proves to be what we feared, “a catastrophic failure,” it calls for the prompt resignation of Barack Obama and, with him, Joe Biden.  Obamacare is slouching toward getting too ugly to be resolved by half measures. Winston Churchill once, famously, is said to have exchanged barbs with socialist MP “Battling Bessie” Braddock at a cocktail party. According to lore, if not fact, Braddock said to Churchill:

Winston, you are drunk, and what’s more you are disgustingly drunk.

To which Churchill supposedly replied:

Breaking promises is a dishonorable thing. Honor is an old school thing.  But it is not archaic.  Nor is it obsolete. Honor is the foundation of legitimacy. Mr. President, the United States of America was preceded by a noble document, the Declaration of Independence, to which the signers pledged their “Lives, … Fortunes and … sacred Honor.” Many of them indeed forfeited their lives and fortunes.  Their sacred honor lives on, however, intact and revered. What is honor?  The New Oxford American Dictionary defines it as “high respect, esteem” and “adherence to what is right or to a conventional standard of conduct.”  You are falling, grievously, from this standard, Mr. President. Breaking a promise of such magnitude calls for more than a weak apology. Making Secretary Sebelius a scapegoat would be insufficient. Fix it, Mr. President.  Or if this degrades further, from a botch to a bungle, accepting accountability — by the tender of your and Mr. Biden’s resignation  — would serve honor. Better the loss of office than of honor. Ralph Benko is a regular contributor at Forbes. You can read more from him here.