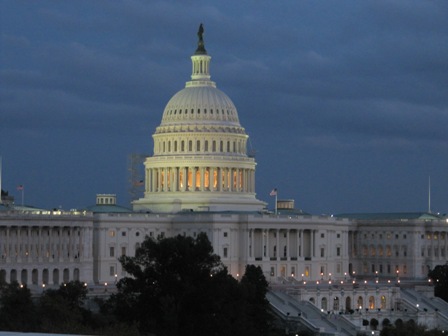 This morning CNN asks: Given the intense brinksmanship over the last few budget and debt confrontations,why no drama over this budget deal vote?

The simple answer: Because more government spending now is always the easy solution to Washington’s problems.

This budget deal demonstrates that the lives of pretty much everyone in Washington are made easier by more government spending, including Republicans, whose limited government convictions now ring hollow.

Make no mistake: This budget deal is for more, not less, spending, despite the claims of its authors and its proponents.  Here’s why.

The existing sequester ran through 2021.  What Rep. Ryan and Sen. Murray did was tack two more years onto the scheduled sequester, making it run through 2023—ten years, five Congresses, and another president or two from now.

So an impotent attempt to bind future Congresses with sequester fiscal discipline 10 years from now bought this Congress the flexibility it wanted to break its own scheduled sequester restraints for next year, and spend more money now.

What does this week’s abandonment of the sequester suggest about promised future sequester fiscal discipline? That it’s little more than a fiction—an empty promise calculated against a fantasy baseline.

Predictably, the deal’s proponents are affronted at skepticism that a Congress 10-years hence would fail to honor a constrained budget that the current Congress itself just failed to honor. “But it would take an act of Congress to change this!” they emphasize, seemingly blind to the fact that the budget deal they just passed is itself an act of Congress that breaks promised sequester restraints.

If the outline of the deal is disheartening, the details are worse. Among the gimmicks included are promises to reduce Social Security fraud and improper payments to felons in federal prisons. So I guess if the deal had been rejected, the feds would have continued to allow such fraud? As the Wall Street Journal put it, aren’t these things that any moderately competent government would already be doing? How many times do you get to count continued fraud and improper payments in your budget baseline?

And yes, the deal requires new federal employees to begin contributing a pittance toward their federal pensions. But drawing attention to this simply inflames the public by highlighting the fact that federal employees receive both a pension and a 401(k) plan, with a full matching contribution from taxpayers.

And don’t be surprised if the new pension requirement will soon be justification for a pay increase for federal employees, which will more than negate any claimed savings against the baseline.