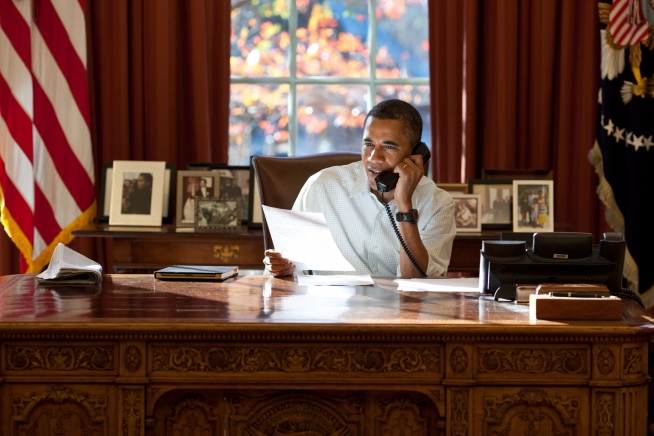 Washington offers many opportunities for Schadenfreude, that wonderful German word which means to enjoy the misery of others. The sudden realization of liberal professionals who voted for Barack Obama that they will be forced to spend thousands more on health insurance was one of those moments. It couldn’t happen to a nicer bunch of people!

Reported the New York Times: “Many in New York’s professional and cultural elite have long supported President Obama’s health care plan. But now, to their surprise, opera singers, music teachers, photographers, doctors, lawyers and others are learning that their health insurance plans are being canceled and they may have to pay more to get comparable coverage, if they can find it.”

It’s not that they didn’t have coverage. Policies that they liked and wanted to keep. They were precisely the people who believed the president when he said if you liked it you could keep it. Gullible fools.

Among the people highlighted in the Times article was attorney Barbara Meinwald, who was receiving coverage through the New York City Bar. Now her $10,000 policy is gone. A temporary plan is available, costing $5,000 more but including fewer doctors. Moreover, reported the Times, she “also looked on the state’s health insurance exchange. But she said she found that those plans did not have a good choice of doctors, and that it was hard to even find out who the doctors were, and which hospitals were covered.” Well now! Whatever happened to all the improved coverage that the president talked about? Meinwald said she would have voted for Mitt Romney had she realized what was going to happen.

It seems that the policies were too good. Explained the Times: “many of the New York policies being canceled meet and often exceed the [new federal] standards, brokers say. The rationale for disqualifying those policies, said Larry Levitt, a health expert at the Kaiser Family Foundation, was to prevent associations from selling insurance to healthy members who are needed to keep the new health exchanges financially viable.” Unfortunately for these privileged Obama supporters, most make too much money for even the generous subsidies available under the exchanges.

Admittedly, it takes a few moments to stop laughing after reading this article. If you believe in social justice and all that, you shouldn’t whine about the government running up your costs to fulfill its elaborate social engineering plan. After all, that’s the purpose of liberal government — create Rube Goldberg policy contraptions that promote some higher good. So what if you get run over in the process? Eggs and omelets as the old Communists liked to say.

Still, it is striking how government is destroying civil society institutions that meet real human needs. If you’re a solo legal practitioner seeking to get a better health insurance rate than is available in the individual marketplace, you band together with other attorneys to form a group and get insurance. The result is a pretty good policy and a pretty good rate. Artists, singers, and others can do the same. Years ago, before I was on the Cato Institute’s policy, I received health insurance through the Washington Independent Writers, which served freelance writers.

Even stranger is the possible federal attack on charities and hospitals that are paying the premiums for low-income patients. For instance, the Los Angeles nonprofit “A Better LA” has begun to subsidize health insurance for low-income people through the California state exchange. One beneficiary is Renee Reaser, who runs a community group and has been uninsured since 2009. Explained the Wall Street Journal: “The charity, which said it has the blessing of the state agency overseeing the marketplace, will pay $50 to $100 a month to cover the share of the people’s premiums not already financed by federal subsidies.”

Some hospitals are doing the same, since they expect to receive increased reimbursements for treatment. Melinda Hatton of the American Hospital Association told the Journal: “We thought it was the kind of thing the Affordable Care Act would really support and encourage.”

Underwriting insurance for poor people sounds like a good deal, just like professional associations which provide quality policies at reasonable cost. However, insurers are upset. After all, they are counting on covering all those well-off, and presumably healthier, professionals like Barbara Meinwald, not all of those less well-off, and presumably less healthy, professionals like Renee Reaser. Reported the Journal: “Help from nonprofits or hospitals could speed the arrival of less healthy customers into the exchanges, outpacing the arrival of younger, healthier people who might not cross paths with hospitals.”

So poor people should stay on Medicaid, never mind their health. That simply is their proper station in life.

The administration has yet to state a clear position. But HHS has indicated its “concerns with this practice, because it could skew the insurance risk pool.” Regulations or lawsuits could follow.

Here government is threatening civil society institutions, ranging from charitable to business, which are aiding the poor, disadvantaged, and uninsured! True, the aid process is disorganized, decentralized, uncertain, and uneven. But that is society. Individuals, families, institutions, and organizations respond differently, yet their complex interplay is what makes community. Discerning and addressing needs, organizing diverse approaches, and responding to the people in front of you is what genuine compassion, which once meant “suffering with,” is all about. And government is against it.

David Beito has detailed the role of mutual aid societies, which played an important role a century ago. One of their benefits was ensuring access to health care for working people, including minorities. But for various reasons, which Beito explores, they were replaced by “impersonal bureaucracies controlled by outsiders,” which we now see in Obamacare’s health exchanges.

Ultimately, Barack Obama and his allies have the world precisely backwards. They believe that government trumps society, and the solution to any problem should start in Washington. Anything which prevents a logical and efficient bureaucratic answer should be eliminated. Individual choice and community relations are unimportant.

What professional associations and charities demonstrate is that society should be the starting point. People should be not just allowed but encouraged to organize to solve problems. Not only are individual lives bettered, but the sinews of community are strengthened. If private institutions fail, then government should be prepared to step in — if it actually can improve the situation. In short, instead of supplanting other institutions, the state should act as the ultimate backstop to help meet social needs that are not otherwise addressed.

The sanctimonious preening of Obamacare advocates was terrible to behold back in the heady days after passage of the misnamed Affordable Care Act. Today, with premiums rising and policies being canceled, even many of the law’s supporters are running for cover. But the legislation’s malign impact runs well beyond health care. As my colleague David Boaz observed, Obamacare is “another example of a big-government, left-liberal policy that is pushing people away from cooperation and community and toward atomistic individualism.”

It’s quite an accomplishment. Who says President Obama is a failure!?