The Tyranny of Good Intentions: How Politicians Waste Money, and Sometimes Kill People, With Kindness 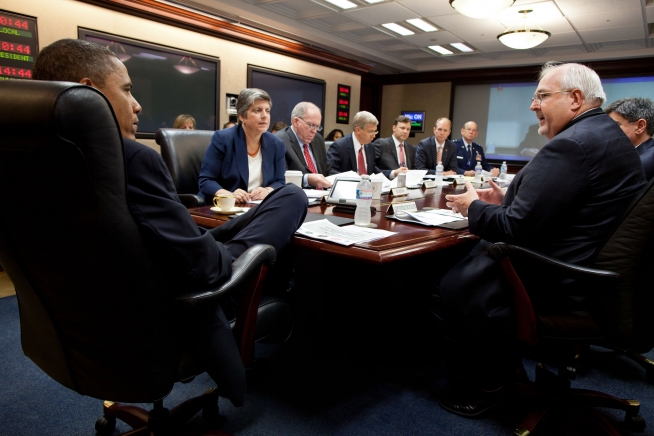 If logic decided policy in Washington, federal spending would be low, the budget would be balanced, the benefits of regulations would exceed the costs, and policymakers would guard against unintended consequences.

Unfortunately, the nation’s capital is largely impervious to logic, and the tragic results are obvious for all to see. Emotion and intention seem to have become the principal determinants of government policy. People are poor. Increase the minimum wage. Not everyone can afford a home. Create a dozen housing subsidy programs. As I wrote in the Freeman:

Never mind the consequences as long as the officials involved mean well and their ideas sound good. No need to detain our leaders on white horses, who have other crusades to lead.

This widespread inability to compare consequences to intentions is a basic problem of humanity. In fact, it’s one of the reasons the Founders desired to limit government power and constrain politicians. For instance, the newly created federal government possessed only limited, enumerated powers.

Even if you had weird ideas for transforming the American people, it wouldn’t do you much good to get elected president or to Congress. The federal government wasn’t authorized by the Constitution to engage in soul-molding. Moreover, there would be strong resistance to any attempt to expand federal power. The constitutional system preserved abundant state authority. Three federal branches offered “checks and balances” to abusive officials or majorities.

Most important, the majority of Americans shared the Founders’ suspicions. At the end of the 19th century a Democratic president still was willing to veto unemployment relief because he believed Congress had no authority to approve such a bill. However, over the following century and more virtually every limitation on Washington was swept away. Equally important, as faith in religion ebbed faith in politics exploded.

Today those who think with their hearts rather than their minds have largely taken control of the nation’s policy agenda. No where has this been more destructive than in the area of poverty. How to deal with the poor who, Christ told us, would always be with us? As Charles Murray demonstrated so devastatingly three decades ago in his famous book, Losing Ground, ever expanding federal anti-poverty initiatives ended up turning poor people into permanent wards of Washington. Worse, unconditional welfare benefits turned out to discourage education, punish work, inhibit marriage, preclude family formation, and, ultimately, destroy community. It took the 1996 reforms to reverse much of the culture of dependency.

Similar is the minimum wage, which may become a top election issue this fall. Unless businesses are charities, raising the price of labor will force them to adjust their hiring. How many low-skilled workers will be hired if employers are told to pay more than the labor is worth? There isn’t much benefit in having a theoretical right to a higher paying job if you are not experienced or trained enough to perform it.

There are similar examples in the regulatory field. No one wants to take unsafe, ineffective medicines. So the Food and Drug Administration was tasked with assessing the safety and efficacy of new compounds before they can be released. The intention is good, but ignores the inescapable trade-off between certainty and speed. The rise of AIDS brought the problem into stark relief, as people faced an ugly death while the bureaucratic, rules-bound FDA denied them the one effective medicine, AZT, in order to make sure it didn’t have harmful side-effects. Years before the agency held up approval of beta-blockers, killing people lest they suffer some lesser harm from taking the drug. Few people in politics fail to claim to be acting for the public good. In many cases they really believe it. But good intentions are never enough.

Consequences are critical. What you intend often doesn’t matter nearly as much as what you actually accomplish.