The Budgetary Implications of the Council on Revenues Downward Forecast 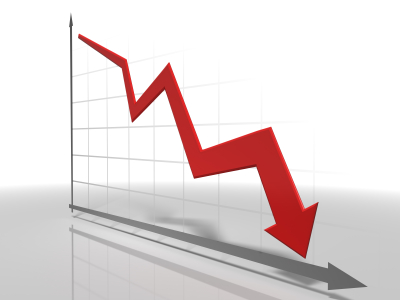 Yesterday, the state Council on Revenues significantly reduced the revenue growth projections that are used to determine the budget spending levels for the two upcoming fiscal years. Specifically, the Council lowered the revenue growth forecast for FY 2014 from 3.3% to 0% and for FY 2015 the forecast was lowered from 7.4% to 5.5%.  This downward forecast is important because it will be used by the legislature as part of the current budget negotiations. At the present time, only the governor and the house has formally introduced their respective drafts of the state operating budget. However, the House budget is expected to cross over to the Senate this week and the Senate is expected to release its version of the state operating budget in the following weeks.

Now, what are the implications of the current forecast with respect to the various budget drafts and the $844M carry-over surplus?

The downward forecast means that the state has now less projected revenues that could be used to fund some of the proposed spending initiatives. As Table 1 indicates, both the Governor and the House budget drafts are not in balance. Because of the imbalance of both proposed budget drafts, the more than $500M of the current $844M carry-over surplus is projected to be swept away.

In addition, what is largely excluded from the discussion in the media is the fact that the current budget doesn’t account for the required payments the state is obligated to make pay down its unfunded liabilities for the EUTF. The EUTF is the health insurance trust fund for current and retired state and county employees. Last year, the governor signed into law ACT 268, which requires that the state in FY 2019 will have to pay 100% of the annual required contribution that is needed to pay-down the current $13 billion unfunded liability for the EUTF. Under the current budget proposals, only $100M of the required $500M are included. In absolute terms, it really means that the projected carry-over balances in FY 2015 are not somewhere around +$300M but rather around -$100M.

Last, what does the downward revenue forecast signal about the overall economy?

Last year’s $844M surplus has often been politicized and interpreted as a sign of an improved economy. Coming out of the recession, many states experienced significant budget surpluses similar to Hawaii. However, according to The Rockeffer Institute[1] “any of the unexpected surges in state revenue growth in 2013 is at least in part borrowed from the future. It will be tempting to treat unexpected revenue growth as a sign of continuing economic improvement, when it could mean instead that future revenue will be lower.” This week’s Council on Revenues confirms the notion that last year’s surplus is not based on an improving economy and that the legislature should be cautious with respect to spending decisions on new initiatives.

Paul Harleman is the Budget Director of the Senate Minority Research Office and a longtime Grassroot Institute contributor.