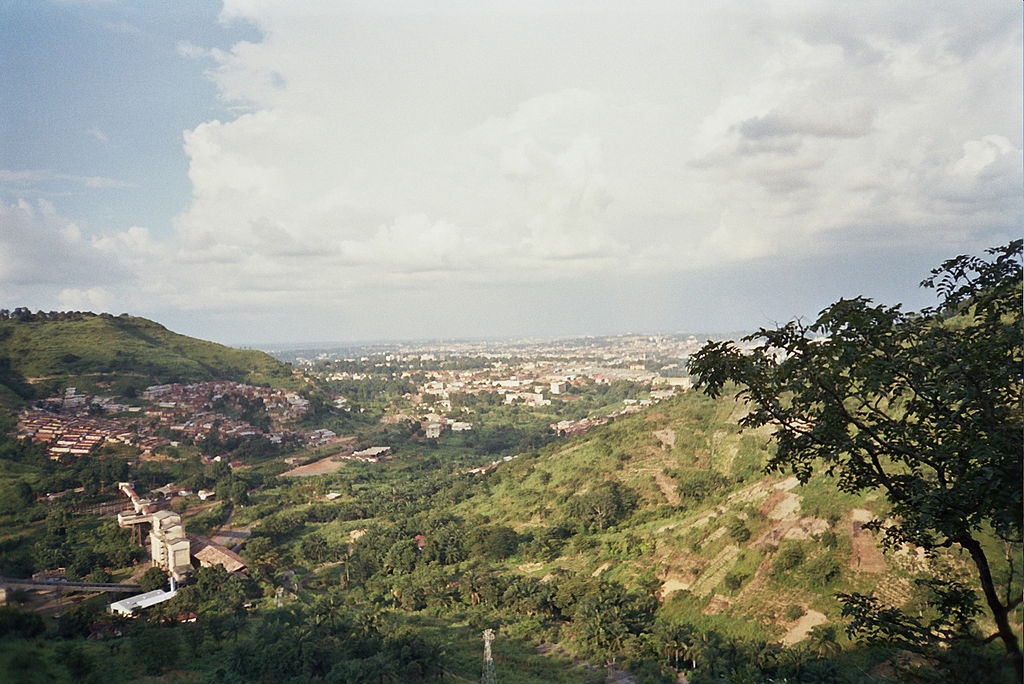 ABUJA, NIGERIA—Arriving in Abuja, Nigeria results in an almost simultaneous impression of poverty and potential.  After decades of economic disappointment, even collapse, much of Africa is growing. Yet even its leading states, such as Nigeria, remain locked in an impoverished past and fail to live up to their extraordinary potential.

In Lagos, wealth has created a genuine skyline on Victoria Island. Yet crowded streets filled with poor street vendors sit in the shadows of these fine structures. Electrical outages are constant, requiring any serious enterprise to maintain a generator.

Rural Nigeria is much poorer. Even the main highways are in desperate need of minimal maintenance, while burned and rusted wrecks, stripped of anything useful, litter the sides and medians.

Trash is tossed alongside or piled in medians. Roads off the main drag are dirt, always rutted, often muddy, and barely adequate. Most shops are shacks built on dirt just feet from traffic.

Still, hope remains. Every where in Nigeria I saw enterprise. Open-air markets, which seem to occur every couple miles, are bustling, with people dashing hither-and-yon selling most everything you can find in a department store or supermarket. At major intersections and along busy streets, people sit in the median and walk into traffic hawking most anything, including triangular hazard signs (quite appropriate given Nigeria’s roads!).

Intellectual capital also is growing. Citizens of this former British colony typically speak English, the global commercial language. I visited a university filled with bright and engaging students hoping to make better lives for themselves and their country.

What is desperately needed, said one business executive, is an “enabling environment” for enterprise. In this, the government fails miserably.

One problem is insecurity. Nigeria has suffered dictatorship, civil war, insurgency, militant violence, Islamic extremism, and crime. Gov. Kalu said “internal security is critical,” because without a police escort you cannot move throughout much of the country. Business executives, political figures, and expatriate workers routinely travel with armed escorts.

Corruption is rife. One expatriate worker observed, “Nigeria is not a country.  It is an opportunity.” Mundane economic mismanagement bears even greater blame. The World Bank ranks Nigeria among the bottom third of nations in its Doing Business report.

Average Nigerians are commonly, indeed uniformly, frustrated. The young especially crave opportunities currently absent. Even the more optimistic Nigerians with whom I spoke who see some progress say much more has to be done.

Some see hope in Kalu, a wealthy businessman who understands entrepreneurship and promotes political reform. As a teen, he started trading palm oil. His success—without using government office to his own advantage—is unusual.

When talking about his nation’s future, Kalu denounced restrictive licensing and promoted markets; he advocated privatization. He told me that he “would like to see small government and big enterprise” and spoke with admiration of Ronald Reagan.

Kalu may run for president in 2015. Could he actually implement his message of market liberalization if elected? Kalu forcefully argued that committed leadership could make the difference.

Obviously industrialized states have their problems, including sometimes galloping regulation (think ObamaCare!) and fail to fully live up to their potential. Yet they remain far freer, especially in economic affairs, enabling bright, enthusiastic, and hard-working people to prosper. Nigeria needs to follow the same broad growth path that enriched America and Western Europe, and more recently East Asia, including China.

As I wrote in my column for the Freeman: “The greatest tragedy of Nigeria’s poverty is that it is so unnecessary. Its people know what to do. The spirit of enterprise is everywhere.  It’s time for the Nigerian people to liberate themselves. It’s time for freedom to come to Nigeria.”