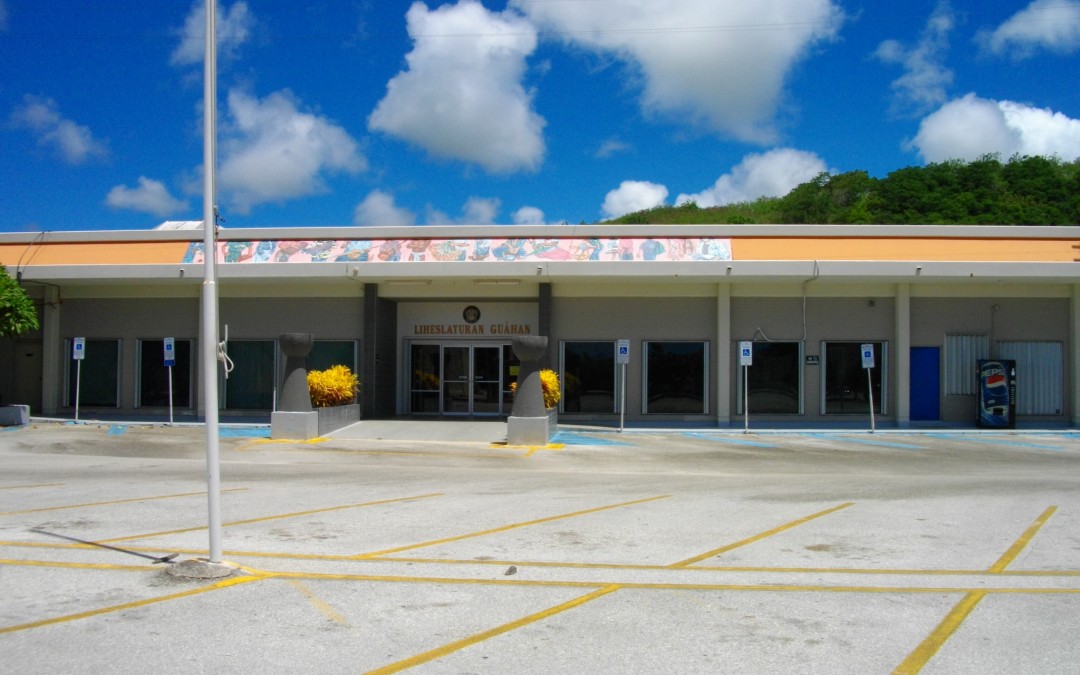 Senator Respicio’s Committee heard and adopted the Resolution on June 4, 2013.   The eleven member committee (including the chairman) voted 6 to adopt, 3 to report out, and 2 were not present.  Those voting to adopt the Resolution included Senator Judith Won Pat (D), Speaker of the Guam Legislature.  The Hawaii Shippers Council had the opportunity to provide testimony to the committee.

In advance of the floor vote in the Guam Legislature, Senator Respicio wrote on March 26, 2014, to Congresswoman Bordallo exhorting her to seek an exemption from the domestic build requirement of the Jones Act for the noncontiguous trades and issued a press release on March 27, 2014.

A similar measure, Resolution No. 571-31 (COR), was introduced in the Guam Legislature during the 2012 session by then Senator Frank F. Blas, but was not heard in committee, did not go to a floor vote and is no longer pending.

Guam’s Resolution is part of a larger effort involving all four of the noncontiguous jurisdictions collectively seeking an exemption from the Jones Act’s domestic build requirement.  This solidarity was demonstrated on March 13, 2014, when a press conference was held at the Hawaii State Capitol with participation from Alaska State and Puerto Rico Territorial Senators by teleconference.  All called for Jones Act reform in the noncontiguous trades to lower freight costs, increase shipping options and improve ocean transportation services.

The press conference was occasioned by four companion resolutions (HR 113, HCR 153, SR 45, SCR 93) concurrently introduced in the Hawaii State Senate and House on Friday, March 7, 2014.  The Hawaii Resolutions are similar to the Guam resolution and call upon the Hawaii congressional delegation to collaborate with their colleagues from the other noncontiguous jurisdictions and introduce federal legislation to exempt the noncontiguous trades from the domestic build requirement of the nation’s cabotage laws.

Rep. Ward was the chief sponsor of the two companion resolutions introduced in the 2014 session of the Hawaii State House of Representatives and was joined by six Democratic cosponsors including the Speaker of the House, Representative Joseph M “Joe” Souki (D).  Despite the support, the first referral was to the House Committee on Transportation, whose Chairman Ryan I Yamane (D) refused to hear the resolution.  This is the same fate of two virtually identical  companion resolutions (HR 119, HCR 150) introduced in the Hawaii State House met during the 2013 session.

On April 1, 2013, Rep. Yamane wrote in an email to supporters of Resolutions HR 119/HCR 150, “The Committee is taking this issue very seriously and are in talks with our Federal, State and shipping companies to discuss the overall impact of the Jones Act.  We are not taking these issues lightly and will be taking the time to explore the full scope of the Acts impact, meet with various stakeholders and even tour our States harbors.  Due the seriousness of the issue, we are taking all the precautions to investigate and gather stakeholder information before making a decision to proceed.”  This is obviously a dodge as the Hawaii State Legislature along with other state and territorial legislatures regularly adopts resolutions on federal issues, and obviously Rep. Yamane did nothing in the interim to bring the stakeholders together despite his representations.

Meanwhile Senator Lopez introduced Senate Resolution No. 237 on April 12, 2013 directing the Puerto Rico Senate to investigate the impact of the Jones Act on the Commonwealth.  Senator Lopez, jointly with SenatorÁngel R. Rosa Rodriguez, Chairman of the Senate Committee on Government Efficiency and Economic Innovation, held extensive hearings from January 27, 2014 through February 10, 2014, and heard from the various stakeholders.  The Committee staffers are currently reviewing the testimony and will issue a report later this year detailing the impacts and recommending a way forward for the Puerto Rico legislature.

The participation of the Alaska senators with the Hawaii press conference has spurred interest there in taking legislative action with respect to Jones Act reform.

The adoption of Resolution 138-32 (COR) on April 15, 2014, by the Legislature of Guam is a significant step forward and will spur the adoption of similar resolutions by the Hawaii and Alaska State Legislatures and the Puerto Rico Legislative Assembly.

Michael Hansen in the President of the Hawaii Shippers Council and an Advisor to the Grassroot Institute on Jones Act issues.