The Progressive Income Tax Enriches the Envious and Greedy 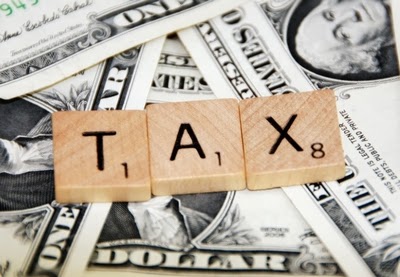 Most Americans dislike the income tax, now more than a century old. The rates are too high. The provisions are unfair. The record-keeping is onerous. The revenues are wasted.

But there are fans, certainly, such as the politicians of both parties. What good would it do to serve in Congress if you didn’t have money to spend?

The beneficiaries of the politicians’ largesse also share in the income tax lovefest. Uncle Sam needs money to write checks. He can borrow, but there’s a limit to the credulity of investors. Borrow too much and they might doubt Washington’s ability to repay.

Then there are the fans of expensive and expansive government. Never mind the endless mess created by Uncle Sam. Something he does must work!

More dangerous may be the social engineers. For instance, Yale economic professor Robert J. Shiller suggested using the income tax to mitigate “some of the worst consequences of income inequality.” He proposed indexing taxes to income inequality.

It’s a genuinely nutty idea. Inequality measures are sensitive to data distortion. Moreover, they incorporate no moral judgment as to how the inequality arose. Were opportunities obstructed and systems manipulated, or did a generally free society operate naturally and deliver ever-changing income and wealth patterns?

As I point out in the Freeman:

“Worse, though, is the weird presumption that seizing private wealth from mostly productive taxpayers and giving it to political operators noted for their electoral skills rather than economic judgment would somehow remedy financial disparities. There is no evidence that increasing Washington’s resources would yield greater social or economic justice, improve economic efficiency or growth, or make people wealthier or freer.”

To the contrary, experience demonstrates that the majority are likely to end up worse off. Extensive bureaucracies soak up much money before it leaves government hands. Cash is tossed at influential interest groups. Benefits for the poor are dwarfed by middle class welfare, such as Social Security and Medicare.

Providing more money to expand these and other programs is supposed to close the income and wealth gaps?

The greater the resulting complexity, the more wealth wasted in compliance activities. There is no financial privacy, since Uncle Sam is empowered to rummage through everyone’s personal affairs.

Moreover, as Edwards pointed out, the entire enforcement process is built around a denial of due process. From start to finish, the burden of proof falls on the taxpayer, not the government.

Contrast this with the sales tax: You pay it when you purchase something and you are done with it.

Even social engineering usually is at a minimum. Politicians don’t claim that they can use the sales tax to solve the “problem” of income inequality.

The first income tax in U.S. history was proposed in 1814 to fund the ill-fated War of 1812. In 1861 a desperate national government turned to the income tax to fund its war to conquer the southern states seeking to separate.

A search for revenue to replace declining tariff collections led to another income tax in 1894, but the Supreme Court declared the levy unconstitutional. Fifteen years later, Congress proposed a constitutional amendment, which was approved on February 2, 1913, during the heyday of the Progressive Era. From modest beginnings it has grown into a monster.

There is a necessary role for government, but it is far more limited than today’s Leviathan. Moreover, today’s income tax has made it far too easy for politicians to mulct the public. The income tax has greatly contributed to Americans’ steady and serious loss of liberty.