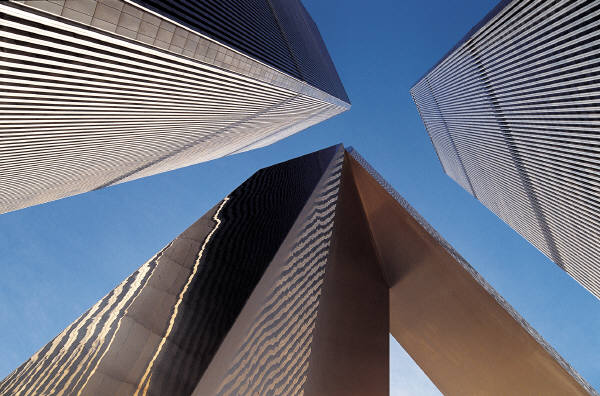 Nothing brings out the well-tailored lobbyists in Washington quite like a threat to corporate welfare. With the Export-Import Bank’s legal authorization set to run out this year, the Chamber of Commerce recently led a Big Business march on Capitol Hill to protect what is known as Boeing’s Bank.

Over the last eight decades ExIm has provided over a half trillion dollars in credit, mostly to corporate titans. Congress should close the Bank.

The agency was created in 1934 to underwrite trade with the Soviet Union. Unfortunately, ExIm is not free, as claimed. Recently made self-financing, the agency has returned $1.6 billion to the Treasury since 2008.

However, economists Jason Delisle and Christopher Papagianis warned that the Bank’s “profits are almost surely an accounting illusion” because “the government’s official accounting rules effectively force budget analysts to understate the cost of loan programs like those managed by the Ex-Im Bank.” In particular, the price of market risk is not included. Delisle and Papagianis figured ExIm’s real price to exceed $200 million annually.

Economist John H. Boyd took another approach, explaining: “For an economic profit—that is, a real benefit to taxpayers—ExIm bank’s income must exceed its recorded expenses plus its owners’ opportunity cost, a payment to taxpayers for investing their funds in this agency rather than somewhere else.” He figured the Bank’s real cost at between $521 million and $653 million in 1980. The corresponding expense today likely is much higher.

The Bank claims to create jobs. No doubt, ExIm financing makes some deals work. But others die because ExIm diverts credit from firms without agency backing.

Economists Heywood Fleisig and Catharine Hill figured that channeling resources to exports reduces “domestic investment, consumption, or government expenditure.” Thus, they explained, while export subsidies will increase employment in export firms, they will do so “at the expense of employment elsewhere.”

ExIm also sells itself as necessary to promote trade. But exports should not an end in themselves irrespective of cost. Anyway, the Bank supports only about two percent worth of exports, barely a blip in a $17 trillion economy.

The Bank contends that it corrects market failures when U.S. exporters can’t get credit. However, international financial markets are sophisticated.

Moreover, it’s impossible to know just how many of the deals currently financed by American taxpayers wouldn’t go through absent the subsidy. Everyone—borrower, banker, exporter, bureaucrat—has an incentive to claim ExIm played a vital role.

The agency says it supports all businesses, including small ones. However, candidate Barack Obama was right in 2008 when he described the Bank as “little more than a fund for corporate welfare.”

The most money always goes to Big Business. Boeing alone typically accounts for more than 40 percent of the Bank’s credit activities. Veronique De Rugy of the Mercatus Center figured that the top ten recipients collect 75 percent of ExIm’s benefits.

Finally, ExIm’s warns that if the U.S. government doesn’t provide cheap credit, American companies will lose out to foreign firms subsidized by their governments. In this way the Bank claims “to help level the playing field.”

However, less than half of ExIm credit is even directed in this way, let alone proven necessary. Moreover, as I point out in my new Forbes online column: “The fact that other governments are willing to hurt their peoples by channeling credit away from worthier firms in the marketplace in favor of politically well-connected exporters is no reason for America to do the same.”

It’s time to kill the agency. Let exporters pay to generate their own profits.