The Jones Act and Crude Oil 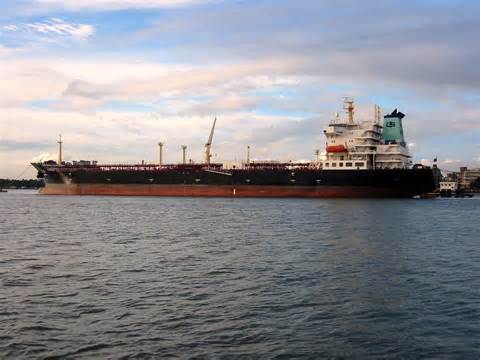 With the recommendation from the Hawaii Refinery Task Force and the push to persuade Gov. Abercrombie to work towards a Jones Act exemption, we might have finally found the Act’s Achilles heel …oil. It may be  frustrating that the other economic woes the Act causes Hawaii’s citizens don’t have quite the same influence, but if this is what finally causes people to demand reform, then we can only be grateful. In fact, we’re seeing more and more efforts to quantify the effect of the Jones Act. Below is an excerpt from the Congressional Research Service’s report of May 5, 2014 in which they discuss the Jones Act as part of a bigger investigation into US Transportation of Crude Oil.

The Jones Act may have a profound impact on where crude oil is sourced and how it is transported. The Jones Act requires that vessels transporting cargo between two U.S. points be built in the United States, as well as crewed and at least 75% owned by U.S. citizens.27

The domestic build requirement for tanker ships, in particular, has been identified as contributing to higher costs in moving domestic crude oil along the coasts.28 Domestically built tankers are about four times the price of foreign-built tankers,29 and there is limited capacity in U.S. shipyards to build them. Much of the existing crude oil tanker fleet was built since 2000 to meet Oil Pollution Act of 1990 (P.L. 101-380) requirements that tankers calling at U.S. ports have double hulls. Two crude carriers are expected to be delivered in 2014 to replace two vessels in Alaska trade.

As of June 2013, the Jones Act-eligible fleet of crude oil tankers consisted of 10 ships, all employed in moving Alaska crude oil to the U.S. West Coast or to a refinery in Alaska.30, Since annual Alaska oil production has fallen by about 46% over the last decade, the Jones Act crude oil fleet has been in decline. About 30 Jones Act-eligible tankers carry chemicals or refined petroleum products, such as gasoline or jet fuel, but these ships do not readily alternate between carrying dirty oil (crude oil, residual fuel oil, asphalt) and refined (clean) petroleum products because the tanks would have to be extensively washed after carrying dirty product, a time consuming and costly process. Some product vessels have fundamentally different designs from crude carriers and would require a layup in a shipyard to be converted to move crude oil.

Phillips 66 has chartered two Jones Act tankers to move crude oil from Eagle Ford, TX, to a refinery in Linden, NJ (in proximity to New York Harbor).31 Phillips 66 has stated that if more Jones Act-eligible tankers were available, it would like to receive 100,000 barrels a day of Eagle Ford oil at this refinery (it would need several tankers to accomplish this, the exact number depending on the size of the tankers).32 EIA data (which specify oil movement only between regions, not to individual refineries) indicate that over 13 months from January 2013 to the end of January 2014, an average of 22,000 barrels a day of Texas oil (8.5 million barrels total) were shipped by vessel to all U.S. Northeast refineries.33

Meanwhile, over the same 13 months, twice as much Texas oil (17.1 million barrels) was shipped to refineries in eastern Canada, in foreign flag tankers. The oil shipments from Texas to Canada cost approximately $2 per barrel, compared with $5 to $6 per barrel for shipments from Texas to U.S. Northeast refineries in Jones Act qualified tankers. The cost difference for a 300,000-barrel tanker amounts to around $1 million, meaning that a Texas oil producer receives $1 million less for its oil when shipping to U.S. Northeast refineries than when shipping to Canadian refineries.34,

The Bayway refinery also receives 50,000 barrels of Bakken oil per day by rail, and is finishing construction of a rail unloading terminal with capacity of 75,000 barrels per day. The refinery has a capacity of 238,000 barrels per day. Its remaining sources of oil may be offshore oil from eastern Canada (with shipping rates fluctuating around $1.20 per barrel) and Nigeria (with shipping rates around $1.60 per barrel), as EIA data indicate these were the top two sources of foreign oil for Northeast refineries in 2013.35

27 The law is codified at chapters 81, 121, and 551 of Title 46, United States Code.28 See for instance, “Oil and the Ghost of 1920,” Wall Street Journal, September 13, 2012; Senate Committee on Energy and Natural Resources, Testimony of Faisel Khan, Managing Director, Integrated Oil and Gas Research, Citigroup. Hearing to Explore the Effects of Ongoing Changes in Domestic Oil Production, Refining and Distribution on U.S. Gasoline and Fuel Prices, July 16, 2013.

33 U.S. Northeast refineries are clustered around New York Harbor and the Delaware River.

34 This situation is somewhat similar to the Pacific Northwest lumber industry in the 1960s and 1970s, which asserted it could not compete with western Canadian lumber because the Canadians could ship at lower international freight rates

to the U.S. East Coast. Washington and Oregon still load significant amounts of wood products on ships, but they all sail to foreign destinations.