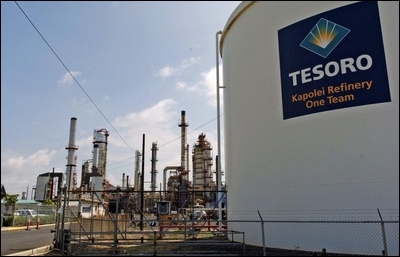 (Grassroot Institute Note: The unsustainability of the Jones Act is becoming more and more apparent as it runs headlong into the energy debate. This article from AEI scholar Mark Perry is especially interesting in light of the recent recommendation from the Hawaii Refinery Task Force that the state seek a Jones Act exemption in preparation for the closure of the state’s two small petroleum oil refineries.)

Just how effective America’s economic sanctions against Russia become will depend in some measure on what the United States does to remove an obsolete law that threatens to stall domestic oil production at the very time when we need to strengthen our energy position in the world.

A continuing reluctance to repeal the Merchant Marine Act of 1920 – commonly referred to as the Jones Act – will weaken our response to Russia’s aggression. In the energy industry, the Jones Act is making it increasingly difficult to ship crude oil from Great Lakes and Gulf ports to refineries on the East Coast.

Because there isn’t enough pipeline or rail capacity to handle the enormous quantities of unconventional oil being produced in North America — much of it oil-sands crude from Alberta and “tight oil” from the Bakken shale formation in North Dakota – the oil must be transported by a fleet of tankers and barges to mid-Atlantic refineries that can process it. But there aren’t enough vessels to ship the oil due to the Jones Act – which requires that all cargoes transported between U.S. ports be carried on U.S.-owned ships, built and registered in the U.S., and manned by U.S. crews.

Thanks to this protectionist statute, there is now a glut of sweet crude at Gulf ports, which has caused a backup that could start to slow oil production in North Dakota and at the Eagle Ford shale in south Texas.

To call the longstanding Jones Act uncompetitive would be an understatement. Enacted during the administration of Woodrow Wilson, the act’s original objective was to a have a guaranteed merchant marine. But the measure is no longer needed for national security. Nor is there any excuse in today’s global economy to ban the use of foreign-flagged vessels, which generally offer lower, more competitive rates than domestic Jones Act vessels. Rather, the Jones Act has become an albatross around the neck of U.S. consumers who are paying more for gasoline, diesel and other petroleum products, thanks to the outdated legislation that protects the domestic shipping industry from foreign competition.

And this century-old statute has become a regulatory hurdle that’s making it difficult to use our country’s rising domestic output to reshape the balance of global economic and political power.

Because only a small number of American ships can meet Jones Act requirements, we still rely on imported oil to meet 40% of our needs. The irony is that the Jones Act conflicts with the longstanding goal of achieving energy independence by sustaining imports of crude oil from OPEC countries like Saudi Arabia, Venezuela and Nigeria.

Congress needs to address this matter and it should repeal the Jones Act. That would open the way to lifting the ban on exporting crude oil, a step that would provide significant economic and geopolitical benefits. Anything that increases the amount of oil in the global market would lower its cost, leaving Russia with less foreign cash to pay for its goods and services.

President Barack Obama doesn’t have to wait for Congress to take action. He can waive the Jones Act, which is what he did briefly in 2011 when he facilitated the release of crude oil from the strategic petroleum reserve to make up for the loss of Libyan oil. More recently, in 2012, he waived the act for several weeks to alleviate fuel shortages following Hurricane Sandy.

Repealing the Jones Act would remove a major obstacle to shipping oil economically and alleviating congestion. Taking this long overdue step would generate increased U.S. oil production, which would energize our economy and create more jobs and revenue. And it would enhance America’s position in the world. The time for action is now – let’s move into the 21st century and scrap the Jones Act.

Mark J. Perry is a scholar at the American Enterprise Institute and a professor of economics and finance at the University of Michigan’s Flint campus. You can read more at his blog, Carpe Diem.