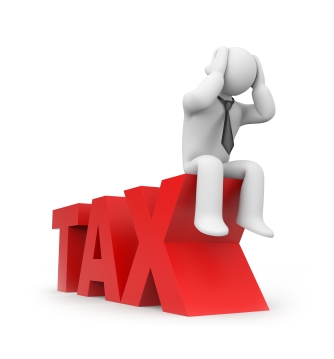 Given the years of handwringing and little in the way of results, one might believe the reason the middle class is under greater stress is a mystery, but in fact the reason is clear. The nation’s fiscal health is to blame, specifically the ever-spiraling debt and high taxes.

While Western Europe still trails the U.S. by a bit, many European countries have substantially closed the gap in the last 10 years. That is, the U.S. is moving in the wrong direction and poised to drop further in the international comparison. Even worse, poor Americans are even poorer than the poor in Europe.

Additionally, governments at nearly all levels have continued the spending spree, and the middle class has taken a gut punch because of it. The Peter G. Peterson Foundation launched a Fiscal Confidence Index, “to help policymakers, members of the media, and other interested parties gauge public opinion on the national debt, and provide the public with an instrument to communicate their concerns or optimism to elected officials.” The Index works like the consumer confidence index and has a “neutral” score of 100. As of May, the Index value is 44, “reflecting voters’ continuing negative outlook on America’s national debt.” Of course, aside from the sequester, spending over the last several years has continued mostly unabated. As the debt piled up, consumer concern has risen.

Aside from gimmicks, such as raising the minimum wage (merely a government gimmick to redistribute income), what can be done to raise the middle class once again?

The problem is that low growth, high taxes and regulatory uncertainty have kept companies from investing. And it is that investment—e.g., in buildings and heavy equipment—that leads to more jobs.

The solution to the middle (and lower) class plight is not even half as complicated as Washington would have you believe, and is not dependent on government redistribution of income schemes as liberals favor. Rather, internationally competitive sound tax policies and telegraphed regulatory forbearance leads to growth via robust capital expenditures, resulting in more jobs and finally real relief for the middle class.