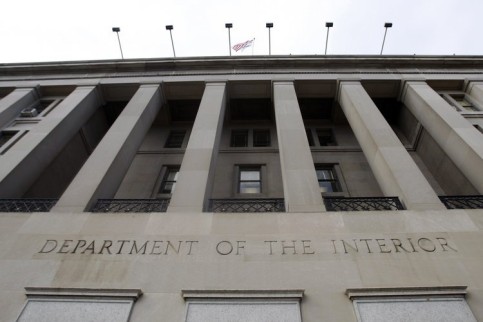 As the DOI schedules hearings on a proposed rule to create a Native Hawaiian tribe, Grassroot asks, “Who benefits from this strategy?”

HONOLULU, Hawaii—June 18, 2014—The United States Department of the Interior has announced its intention to hold hearings in Hawaii on a proposed rule that would establish a government-to-government relationship with the Native Hawaiian community. The hearings, which will begin on Monday in Honolulu are intended to solicit public comment on a number of questions surrounding the establishment of a Native Hawaiian government, including what role the federal government should take in organizing that government and drafting its constitution.

The move comes even as various groups have called for a delay in OHA’s proposed election and Constitutional convention, citing practical questions about the impact of a Hawaiian nation on the state and the Native Hawaiian people. Though the DOI announcement of the hearings referenced the support of the state government and Congressional delegation in its decision to move forward with its rulemaking process, observers continue to question the way in which the advocates of nation-building appear determined to ignore the widespread lack of support for the process.

Also in question is the agency’s authority to recognize a Native Hawaiian government via executive action–an unprecedented step that could result in a legal challenge. In 2013, four members of the US Commission on Civil Rights wrote a letter to President Obama, urging him not to attempt to create a Native Hawaiian tribe in this matter, calling it, “unwise and unconstitutional.”

“Such precipitous action from the federal government begs the question of who it is that benefits from this rush to create a Native Hawaiian tribe,” stated Keli’i Akina, Ph.D. President of the Grassroot Institute of Hawaii. “The low enrollment in the Native Hawaiian Roll and calls for delay from Native Hawaiians have shown that the Hawaiian community does not support these actions, a sentiment strongly echoed by the majority of those who live in our state.”

Dr. Akina continued: “The most astounding thing is that we are continuing with this process despite the fact that no one can or will explain so many key questions involved. Questions like: What shape would a Native Hawaiian government take? How would it affect all of those who live in the state? How would it change our legal process? Affect our economy? Change the face of Hawaii’s culture and society?”

“OHA and the Department of the Interior are treating the creation of an unconstitutional race-based nation as a done deal, despite all of the questions and objections that have been raised thus far. It appears that there is no real tribe to benefit from federal recognition of a native Hawaiian government — only narrow interests who stand to gain from potential land acquisition and power. I urge all Hawaiians who care about the future of our state to take the time to come to one of the DOI hearings and make their voice heard on this reckless and divisive proposal,” he concluded.