Experts Cast Doubt on the Viability of Hawaiian Nation-Building 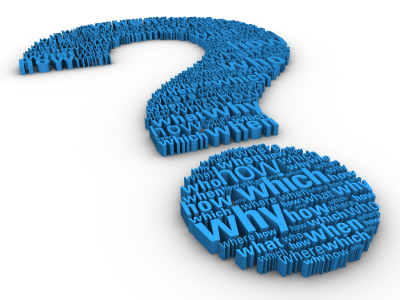 HONOLULU, Hawaii—June 20, 2014—The feasibility of both the state and federal push to create a sovereign Native Hawaiian nation was brought into sharp question today as two authorities with very different perspectives on the issue expressed their doubts as to whether either plan would come to fruition.

At a panel on Native Hawaiian issues sponsored by the Grassroot Institute of Hawaii and moderated by the think tank’s president Keli’i Akina, Ph.D., OHA Trustee Oswald Stender and former State Attorney General Michael Lilly fielded questions about the need to help Native Hawaiians, the justifications for Hawaiian sovereignty, and the probable results of the nation-building efforts.

Trustee Stender stressed the importance of providing Native Hawaiians with the tools necessary to improve their quality of life–especially in education and economic advancement. Stressing his belief that it was important to allow the people to determine whether they wished to form a Hawaiian nation, he expressed his private doubts as to whether it was practical or even likely to happen.  Trustee Stender clarified that his comments on the panel were not on behalf of the OHA Trustee board, but as a private individual.

Former AG Lilly agreed with Mr. Stender that there is a real value to organizations like OHA in their potential to help Native Hawaiians, but found the millions spent pursuing the Akaka Bill and nation-building process to be, “wasteful.” In addition, Mr. Lilly questioned the historical grounds for a race-based Hawaiian nation, pointing out that his own background (his ancestors were citizens of the Kingdom of Hawaii and loyalists to the Queen) highlights the inherent contradiction in creating a tribe from what was formerly a multi-racial government.

In reference to the effort by the Department of the Interior to recognize a Native Hawaiian government via administrative rule, Mr. Lilly noted that, “There never was a Hawaiian tribe with whom the United States entered into a treaty relationship. If there was such a tribe, then all the multi-ethnic peoples who were citizens of the Hawaiian Monarchy would be members of that tribe.  For the U.S. Supreme Court has held that a ‘tribe’ is a political and not a racial entity. The current effort to recognize a separate ethnic tribe by the Dept. of the Interior is unconstitutional because, under the Constitution, it is the Congress that has the plenary power to recognize tribes and ratify treaties. That power does not reside in the Executive branch of the federal government or with the various states. So the current effort aimed at creating a tribe of Hawaiians has no legal basis.” He then went on to express doubt that there exists sufficient support even among Native Hawaiians for the DOI’s effort to succeed.

Trustee Stender agreed with Mr. Lilly that pursuit of a “another government” is a waste of valuable financial resources that could be better used to meet the needs of Hawaiians.  He also expressed frustration that the federal discussion of Hawaiians as a tribe unnecessarily confuses the basic issue of protecting entitlements for Native Hawaiians, an issue unrelated to creating a tribe or government.

“Time and again, we see evidence that the nation-building process reflects a fundamental misunderstanding of what both Native Hawaiians and the citizens of this state really want,” stated Keli’i Akina, President of the Grassroot Institute of Hawaii. “We look to recognize the contributions of Native Hawaiians and demonstrate our respect for that culture. And we wish to help Native Hawaiians succeed, as we do with all citizens of Hawaii. However, the support simply isn’t there for the creation of divisive, race-based government. It is unconstitutional and counter to the spirit and history of our islands.  The money, time and energy spent pursuing political sovereignty could be better spent improving education and economic opportunities for Native Hawaiians. It is time that the federal government and the state stop trying to strong-arm us into supporting an unconstitutional Hawaiian nation and accept that there are better ways to advance the interests of the people of Hawaii.”