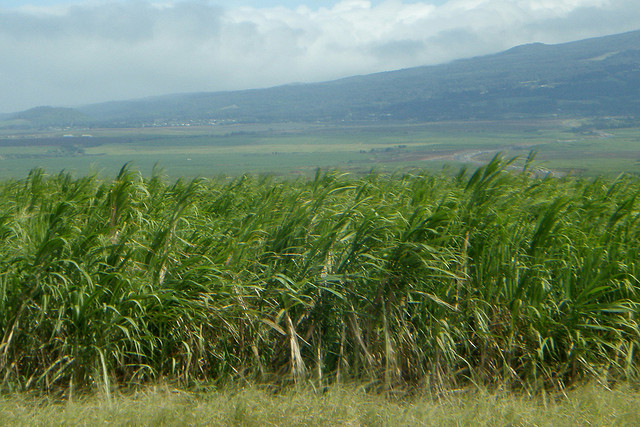 As you bit the ears off of that chocolate bunny this past Easter, it probably didn’t occur to you that sugar, the key ingredient that made the bunny so delicious, is one of the most politically charged raw materials in the global economy.

Here in the U.S., critics routinely point to our complicated maze of import quotas and loan programs for sugar producers as market-distorting protectionism. And it’s true that the U.S. market for sugar is far from an example of either free trade or a free-market.

But when it comes to government support for sugar, our global competitors are the real market manipulators.

In fact, it’s clear that, under the current highly distorted global sugar regime, without support the U.S. sugar industry would quickly be washed away by a tsunami of dumping and other forms of nationalistic sugar trade policies at the hands of international competitors. The political question is whether the U.S. should allow its domestic sugar industry to be obliterated by such policies, or whether U.S. sugar supports could be phased out as part of a reformed international sugar market through a global trade pact.

In formulating a path toward eliminating U.S. domestic sugar supports, it’s necessary to understand how a few countries are distorting global trade in sugar.

Four countries control 40 of the 58 million tons of sugar exported globally—Brazil, Thailand, India and Mexico. In dramatic contrast to U.S. policy, each of these four countries heavily subsidizes and otherwise directs and supports sugar production and export, and in some cases the national government even owns the sugar producers.

Dominating the global sugar market is clearly a policy of the government of Brazil, which alone controls more than 50 percent of all global sugar exports. But Brazil’s market share hasn’t come through more efficient production or other forms of comparative advantage.

Brazil spends at least $2.5 billion on sugar programs ranging from preferential loan schemes and debt forgiveness to input subsidies and usage mandates. The Brazilian government has signaled a willingness to increase its sugar subsidies to prop up its industry, and it has already made good on such promises, including a $481 million bailout to its ethanol mills and an additional $65 million in subsidies to producers in its northeast region last year.

And as recently as this past February, Brazil announced PAIS Agricola, an additional new $620 million subsidy.

The Thai government maintains almost total control over its sugar production, and mandates that the 70 – 80 percent of its production be exported as a way to prop up domestic prices. In addition to price supports for its sugar farmers, Thailand provides direct subsidies to farmers and preferential loan programs to help its sugar farmers improve their efficiency. Many of these loans are repeatedly rolled over and rescheduled such that it appears there is no real demand for repayment, making this an additional subsidy. And the Thai government has also begun a further subsidy program to encourage sugar cane farmers to increase plantings in areas currently unsuited to sugar production.

India is known for government intervention in its economy, and sugar is no exception. India keeps tight control on its sugar market by setting domestic sugar prices and controlling imports and exports. Additionally, in late 2013 India introduced new interest free loans to sugar mills, and in February 2014 India announced subsidies to promote sugar exports in order to inflate domestic prices, all from India’s Sugar Development Fund (SDF).

This arms race of state subsidies for sugar has caused extreme market volatility here in America, with an influx of subsidized imports sending prices down more than 50 percent since 2010, back to 1980s-era pricing.

Now, all things being equal, lower prices are good for consumers and manufacturers. But as all proponents of free markets and free trade understand, the best or “right” price for a commodity is determined through functioning markets that are not being distorted by government policies. In the absence of a free-market, prices fluctuate due to manipulation by government players, and while such politically driven volatility may create arbitrage opportunities for speculators, it hinders the stability necessary for businesses to plan and especially for producers to invest in capacity.

Arguably, this is the point of the subsidies in the first place—to placate entrenched interests at home by helping those interests gain market share through unfair advantages at the expense of producers in target countries.

Which brings us to Mexico.

The Mexican government directly owns and operates about 20 percent of its sugar industry. And actions by that industry have recently fallen under the microscope of the United States government, which has begunan investigation into whether or not Mexican exports to the United States are seizing U.S. market share through state and federal subsidies and dumping margins of over 45 percent.

In fact, over the course of a single year, Mexican sugar grew from 9 percent of the U.S. market to nearly 18 percent in 2013. And this trend appears to have accelerated in the first seven months of this fiscal year. If the current rate continues, Mexico will dump 2.3 million tons of sugar on the U.S. market, compared to a record-setting 2.1 million tons last year.

These actions are causing harm not only to U.S. sugar producers but also to the United States Treasury. In 2013, the U.S. Department of Agriculture, for the first time in a decade, accepted forfeiture of sugar pledged as collateral against USDA-backed operating loans. It is thus the dumping of subsidized sugar by Mexico that triggered a cost of $278 million to U.S. taxpayers for the sugar program.

Alarmingly, the Congressional Budget Office predicts these taxpayer costs to continue as USDA deals with the surplus from Mexico. A new CBO baseline released in April showed $624 million of expected expenditures from FY2014 to FY2024.

The U.S. International Trade Commission took an important step to resolving this injury on May 9 when it voted by a 5-0 margin to proceed with an investigation that could conclude with corrective action being taken against imports that run counter to U.S. trade law.

So what if other countries want to subsidize their sugar exports and provide U.S. consumers with cheap sugar? Shouldn’t we just let them, and reap the rewards?

But that’s not why countries dump subsidized sugar into the U.S. market. They do it to gain market share and to put other producers, especially U.S. producers, out of business. And once that happens, the price to U.S. consumers will be at the mercy of foreign supplies and foreign governments.

The problem with the idea of pursuing unilateral free trade policies “on our end” regardless of what our trading partners are doing is that it ignores the reality that other countries aggressively engage in trade practices specifically designed to undermine otherwise competitive U.S. industries.

The political question is whether the U.S. should allow these otherwise viable and competitive domestic industries to be picked off one-by-one by trading partners determined to gain market share by any means necessary.

This is not an argument for protectionism or for perpetual agriculture subsidy and support—it’s an argument for a global solution that obligates trading partners to constructive participation in free global markets—which is the goal and purpose of free trade agreements (FTAs) and of the World Trade Organization (WTO).

Historically, the U.S. has been a major producer of sugar, and U.S. agriculture is the most efficient and productive in the world. In a reasonably free global sugar market, the United States can compete in sugar.

Achieving such a market should be the goal of U.S. policy, rather than simply allowing otherwise viable domestic U.S. sugar producers to be driven out of business by practices that, in the long term, are not in the best interests of either U.S. producers or consumers.

In the meantime, it is appropriate for the U.S. to identify and seek relief from trade practices that are actionable under existing trade agreements and U.S. law, as seems to be the case with those of Mexico.