Obama’s Wrong; The Economy Is Improving Because Of Congressional Deadlock 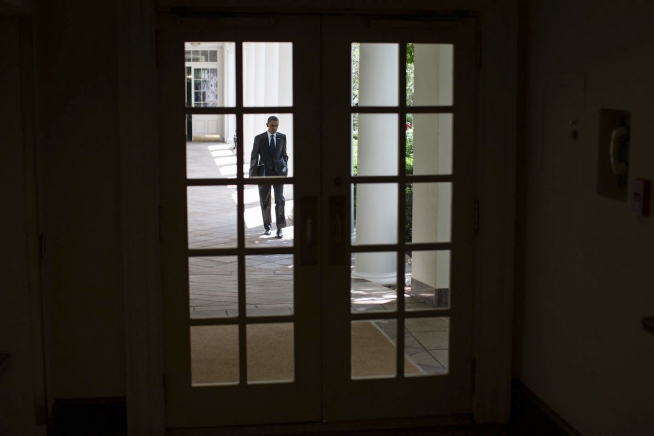 President Obama says the recent jobs report shows the economy is recovering; but it would be doing even better, he asserts, if Republicans would end the deadlock and pass his tax-increasing, big-spending agenda. To the contrary, a stronger case can be made that the economy is improving precisely because Obama and Congress are deadlocked.

Let’s start with Obama’s pejorative accusation that this is a do-nothing Congress, which he uses to justify circumventing the legislative branch.

According to the House of Representatives’ Office of the Clerk, 125 public bills were enacted into law in 2009, Obama’s first year in office, and 258 in 2010, including Obamacare.

But Republicans took over the House in 2011, after a massive voter pushback against the president, Obamacare and the Democratic agenda. As a result, only 90 public bills were enacted in 2011. That number climbed to 193 in 2012—a presidential election year, which usually means both parties are trying to placate voters—but fell to 73 in 2013, and 35 so far this year (with not much time left).

While correlation is not causation, a case can be made that the economy is doing better because Congress is doing less.

The stock market usually takes off right after a recession’s end, which in this case was July 2009. So why did it only start gaining momentum years after the end of the recession? No doubt the Federal Reserve Bank’s easy money policy has played a role, but the market exploded only after it became clear the budget sequester cuts would actually take effect in March 2013.

You remember the budget sequester. That was Obama’s budget-cut proposal—though the White House denied it until Washington Post reporter BobWoodward  called them out on it—which he never thought would be implemented.  As the March 2013 deadline drew near, Obama and his economic team tried to scare the country by claiming the sequester’s forced budget cuts would destroy the economy. The economy actually improved and the stock market zoomed—even as Congress and the president deadlocked.

A third measure is economic uncertainty, which dampens businesses’ willingness to invest and grow. When businesses do not know whether or when the government will increase taxes, regulations, wages and mandates—such as requiring companies to provide benefit-rich health insurance—and by how much, many will sit on their cash rather than invest it in new equipment and employees. That reluctance to invest and expand because of uncertainty surrounding Obama’s policies has made this one of the slowest economic recoveries in U.S. history.

According to the St. Louis Federal Reserve Bank’s Economic Policy Uncertainty Index, economic uncertainty was abnormally high for most of Obama’s early years—when he could get the Democratically controlled Congress to pass most of what he wanted.

But uncertainty began a gradual decline, especially after mid-March 2013 when the sequester cuts kicked in. Uncertainty increased significantly during the government shutdown last fall, but has been on a steady decline since.

And the reason for the uncertainty decline seems clear: Businesses are fairly confident that the Republican-led House will put a check on Obama’s goal of increasing taxes, spending and regulations. Thus, instead of stifling business investment, the current deadlock is facilitating it.

In short, Obama and his economic team have been wrong on virtually every economic prediction they’ve made. If we consider the president’s economic track record, there is every reason to believe that his current proposals—the ones he is so frustrated Republicans won’t pass—would do even more damage. Better to have a Congress that does nothing than one that does all the wrong things—and business and the economy apparently agree.