Trade Talks, the Jones Act, and the International Cost of Protectionism 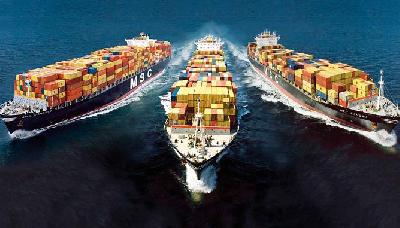 For years now, the US has been involved in two important trade talks: the Trans-Pacific Partnership (TPP) and the Transatlantic Trade and Investment Partnership (TTIP). Both seek to provide new market access, expand existing markets, and provide regulatory transparency and consistency among European and Asia-Pacific markets. Many different industries and policies are being discussed in the TPP and TTIP negotiations. One policy that is often mentioned in such trade talks is the Jones Act, more formally known as the Merchant Marine Act of 1920. While the TPP and TTIP are unlikely to reform the Jones Act due to a strong pro-Jones Act lobby, the these trade talks remind one of the great domestic and international cost of the Jones Act and protectionism in general.

The Jones Act is a protectionist policy that restricts foreign competition from domestic coastal shipping and, in doing so, keeps prices artificially high, especially in America’s non-contiguous states and territories. For goods shipped between US ports, the Jones Act requires that ships be 1) built in the US, 2) crewed largely by American citizens 3) owned largely by Americans, and 4) be registered US vessels.

With up to 90% of goods transported by sea,1 protectionism in the shipping industry can have massive, widespread costs. For America alone, the Jones Act costs “at least $2.8 billion [$4.37 billion in 2014 inflation-adjusted dollars] annually and its removal would lower domestic shipping prices by 26%,”according to a 1995 report from the U.S. International Trade Commission.2 More recent research by Justin Lewis of Tulane University has shown that “a full repeal of the Jones Act would yield economic benefits of up to $682 million per year” with domestic coastal shipping “approximately 61% cheaper.”3

Hawaii suffers disproportionately from these costs and missed opportunities as a vast majority of its products are imported by sea. The state’s dependence on a large number of imported products in conjunction with limited suppliers means that Hawaii has artificially high costs. The cost of living is estimated to be anywhere from 16% (U.S. Commerce Department’s Bureau of Economic Analysis) to 85% (Economic Research Institute) higher than the rest of the US.4 One big factor in this disparity is energy prices. A recent Heritage Foundation article found that, “electricity prices in Hawaii are nearly double those in the state with the next highest prices because Hawaii generates 75 percent of its electricity from petroleum and must rely on Jones Act vessels for all domestic oil shipments.”5 Liquid natural gas (LNG), a much cheaper and cleaner alternative, is not an option because US shipbuilders do not have the capacity to build LNG bulk-transport ships. A Jones Act modification eliminating the requirement to use US-built ships could therefore immediately lower the costs of energy and any other goods or services dependent on shipping.

Any modification of the Jones Act would have an impact on the American coastal shipping industry, but it’s not clear whether the effect would be positive or negative. In the face of competition, the American domestic shipping industry could weaken or strengthen, American jobs could be lost or created. Either way, the benefits of competition and an open market would be passed on to all consumers in the way of cheaper prices in the same way that they have passed on to consumers in the automobile industry.

While not a completely free market, the American automobile industry faces foreign competition from Asia and Europe. Ever since foreign cars were introduced to American markets, American firms have been challenged to create cheaper and more efficient vehicles, benefits that accrue directly to consumers. Despite this ongoing challenge, America has retained its dominance in the auto industry: the auto industry remains the largest American employer in manufacturing and a main economic driver.6 In addition, employment rates within the industry were rising prior to the financial collapse of 2008 and are now approaching pre-collapse levels.7  Because of this challenge, American automobile companies have become internationally competitive. For example, in 2013 GM sold more cars in China than in the US, 3.2 million as compared to 2.8 million.8 Similarly, open markets and competition have benefits that accrue internationally. The auto industries and economies of Europe and Asia benefit in profit and employment from being able to expand their markets, while all consumers benefit from the cheaper prices and better quality of ongoing international competition.

In addition to the benefits of competition, America and the rest of the world stand to gain jobs through increased efficiency and cheaper costs. Two examples in the US provide a hint of this potential. In 2013, Sunoco oil refineries in the Northeast weren’t able to order shipments of US oil due to the high cost and limited availability of Jones Act tankers. Expensive oil from abroad rendered them unprofitable and forced closure of the refineries.9 Due to the same complications, scrap iron is being shipped to steel plants in Turkey, Taiwan, or China, instead of in the US. Without the Jones Act requirements, cheaper shipping costs would have allowed the Sunoco refineries to remain profitable by using US oil and allowed scrap iron to remain in the US. Both outcomes would result in more American jobs, an increased GDP, and increased efficiency. Cheaper domestic shipping in the US would also allow foreign firms to sell more products to a wider market, increasing jobs and GDP in their host nation while providing American consumers with a greater number and variety of products, better in quality and cheaper in price.

It should be clear at this point that the international community, as well as the US, stands to gain much from a Jones Act modification, especially in shipbuilding nations like South Korea, Germany, and Japan. The US market is large with many opportunities for competition and innovation. The more open US markets are to competition and innovation, the cheaper the products will be, the more efficient the shipping will become, and the higher the gains in employment opportunities across the world.

Foreign nations and organizations realize this potential and have challenged the US for continuing to support a policy that runs counter to the US commitment to free trade.10 The TTIP and TPP could finally be the turning point they have been looking for. Positive action taken towards Jones Act reform would therefore signify international good will and integrity, which would improve international relations and deflect conflict. Unfortunately, the US appears to remain unwilling to modify the Jones Act in any way.

Since the nature of trade partnerships has always been secretive, we can’t truly know if the Jones Act will be modified or not. Regardless, it’s clear from the economic data and examples of open trade that protectionist policies like the Jones Act have extremely high domestic and international costs. Hawaii would be a prime beneficiary of a Jones Act modification, but we shouldn’t let that fact blind us to the great potential international benefit, not only economic but also social: more jobs, better international relations, higher GDP, less conflict and violence, greater efficiency, and more global prosperity.

Gaetano Venezia is a research intern at the Grassroot Institute of Hawai‘i and is pursuing a degree in philosophy at the University of New Orleans.

7 Face the Facts and Auto Alliance.