Chinese Anomalies: How the World’s Largest Country Is Really Different from America 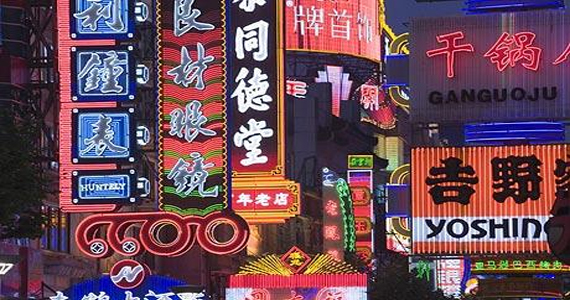 SHENYANG, CHINA—For the longest time I viewed twitter as, well, a silly waste of time, and refused to use it.  I still view it as a silly waste of time in any normal world.  But I finally gave in after friends and colleagues told me that it would be a very useful tool.  I’m still not convinced, but I have to admit that I’m pleased to see the rise in the number of people following me (@Doug_Bandow) over time.

When I travel somewhere I normally go onto Google, check the news, and comment on current stories.  After arriving in the People’s Republic of China (PRC) I logged in and plugged in Google.  Which wouldn’t come up.  So tried it again.  And nothing.

Then the light went on.  Of course.  The Beijing authorities set up a Chinese version since they didn’t want their people to be able to access articles on forbidden topics.  Of course, I thought, I could still make comments on Twitter about my visit.  But when I tried to load Twitter and the same thing happened.  Another bulb lit up.  Of course:  the PRC has set up its own system (Weibo) because people say bad things about China—its policies and leaders—on Twitter.  So that service can’t be allowed.

It really makes one appreciate living in a free society.

But perhaps the most stunning aspect of China, which it takes a while to recognize, is the dearth of children and almost complete absence of siblings.  There are a lot of people here.  If you don’t like crowds, forget visiting Chinese cities.

However, for years the PRC has enforced, with various degrees of ruthlessness, the “one child” policy.  Most families have one kid.  Since rural, farming families tended to value boys for their labor, the policy led to infanticide with the killing of female babies.  In part because of the latter, in recent years the government has relaxed the rules at the margin.

The result is a very odd national demographic.  There are, for instance, too many men, many of whom won’t be able to find a wife.  That will result in potential social dynamite.  Moreover, the aging of the society will be extreme, far worse than in America and Europe.  Some analysts speak of China growing old before it grows rich.

The economic, social, and political consequences will be huge.  But the visual impact is more dramatic for the average visitor.  No parents carrying a baby and holding a toddler by the hand.  No harried mom or dad trying to keep up with a couple hyper-charged boys.  No travelers attempting to guide a couple of young children onto the plane while holding an infant and stowing a baby carriage.

As for the college students I often deal with, there are none of the joys or frustrations of siblings.  They will have no nieces or nephews.  There will be no networks of cousins.  The contrast with America is obvious enough.  The contrast with more traditional societies with very tight networks of extended families is even greater.

It’s another reason to appreciate living in a nation where people are generally left free to make personal decisions.

The PRC is a fascinating place, a complicated civilization with a venerable heritage in rapid transition to somewhere, and no one is quite sure where.  But while China has shown how market liberalization creates growth and empowers the poor, it also demonstrates how market liberalization is not enough to create a free society.  Hopefully some day the Chinese people will be truly free.