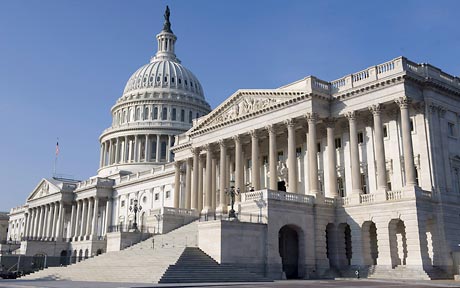 HONOLULU, Hawaii—August 6, 2014—A group of U.S. Senators has sent a letter to the Secretary of the Department of the Interior (DOI), criticizing the recent Advanced Notice of Proposed Rulemaking (ANPRM) that explored the creation of a government-to-government relationship with the Native Hawaiian community.

The letter, signed by Senators Jeff Flake (R-AZ), Lamar Alexander (R-TN), Tom Coburn (R-OK), and Mike Lee (R-UT), objects strongly to the Department’s ANPRM on legal as well as prudential grounds. In the letter, the Senators reiterate the concerns about the constitutionality of a race-based government. They then go on to question the DOI’s authority to act in this matter and raise the issue of whether this is more properly the domain of the Congress:

“Even if you disagree that the reestablishment of a Native Hawaiian Government would be patently unconstitutional, Congress has not enacted legislation authorizing the Department of the Interior (“the Department”) to engage in such a rulemaking. In fact, Congress has repeatedly refused to adopt legislation that would recognize a Native Hawaiian government or reestablish an administrative path for doing so. As such, any unilateral efforts by the Department to move forward administratively are unlawful.”

The letter even notes that the ANPRM represents a reversal of previous Department policy, which recognized the need for legislation before the DOI could move forward in recognizing a Native Hawaiian government.

The Senators conclude by naming several “prudential” objections to the Department’s actions, noting the unfairness in changing the rules of recognition for one group while others have struggled for years to be recognized under the stricter standard. They also raise the question of whether this would establish a bad precedent, wherein other similarly situated groups (e.g. the Amish) would also be able to seek special privileges.

“This is just the tip of the iceberg,” stated Keli’i Akina, Ph.D., President of the Grassroot Institute of Hawaii. “The letter from Senators Flake, Alexander, Coburn and Lee should be considered a warning to the Department of the Interior that this effort to overstep their authority has been noted. Regardless of politics, the different branches of government have never tolerated incursions on their domain, and if the Department continues down this road, I would expect a stronger statement from Congress.”

“The people of Hawaii have told the DOI very clearly that they do not want federal creation of a Native Hawaiian Indian tribe,” continued Dr. Akina. “Now the Congress has pointed out the impropriety of their actions. Let us hope that they take a lesson from this and abandon their ill-advised ANPRM.”

The letter can be read in its entirety at: http://new.grassrootinstitute.org/wp-content/uploads/2014/08/Letter-fr-Sens-Flake-Alexander-Coburn-Lee-to-Sec-Jewell-opposing-Native-Hawaiian-ANPRM-Aug-1-2014.pdf