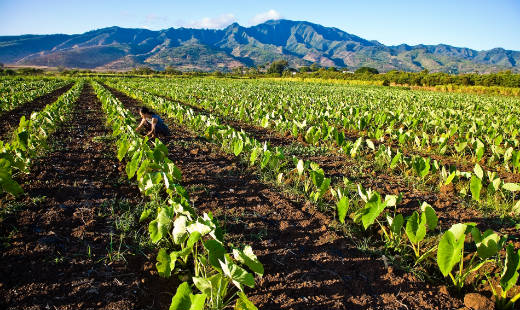 Genetically modified organisms (GMOs) have been a hot-button issue in Hawaii politics for years. Champions of organic food, alternative medicine, green initiatives, and others have banded together in an effort to destroy the burgeoning GMO industry in the state. Some at the state and local level, efforts have been made to force the labeling of all products that include GMOs, and even to ban them outright. One pesticide-related anti-GMO ordinance on Kauai, pushed into law by a radical environmentalist agenda, was struck down in federal court at the end of August.

Last week, Civil Beat published yet another commentary attacking the court’s decision, and GMOs generally, titled “Why the People of Hawaii Can’t Say ‘No’ to GMOs.” Kai Huschke, the author, claimed that the ruling, which invalidated Kauai’s “right to know” law was a trampling of community rights by big, faceless corporations.

Huschke wrote: “The Kauai decision, which was expected, validates the worst of our legal system—that corporations are able to use the law and government to trump environmental and public health protections, by overriding our local, democratic, self-governing authority.”

But is that what actually happened? Was the court really upholding the rights of corporations over those of communities? Hardly.

The court was actually protecting the fundamental, constitutional rights of individuals and commercial undertakings to compete on a level playing field, without forced branding demanded by proponents of a competing group of products. What Huschke saw as an overruling of a community’s right to decide was really an effort to hobble an industry with which the organic industry could not compete.

The bulwark of our free market economy is the promise that regulations will not unjustly favor one interest over another. The role of laws and statutes, whether they are made by the Kauai County Council or the United States Congress, is to facilitate the freedoms of citizens. The efforts to curb GMOs in Hawaii are antithetical to that purpose.

The antis have done their best to make out that GMOs are somehow evil perversions of nature. Many cite negative health effects of GMOs as justifications for bans or labeling. Yet there is literally no concrete scientific data to back up those claims. Indeed, the few scientific papers that did show negative effects have been discredited, and in some cases retracted.

Why then do these opponents persist? No doubt it is in large part due to misinformation dutifully dispensed by an environmental movement that cares more about perpetuating its own existence and influence than affecting meaningful beneficial outcomes. The people who then repeat the myths are often entirely unaware that they are repeating bogus science that was born of fear and misleading data. The problem today is that the myths are so numerous and so oft repeated that they are accepted fact to many people. And when facts become accepted they are rarely questioned.

It is crucial that people aware of the truth continue to speak out against the madness that is the anti-GMO movement. Scare tactics designed to destroy legitimate businesses are not the way to raise awareness. If Hawaii’s future is to be bright, its citizens must embrace real science, not the pseudoscience of fear.