So Much for the European Model 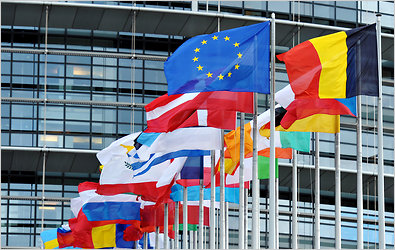 Here in the United States, there is often pressure for us to adopt policies that are “more like Europe.” It is assumed that European countries have better health care and social welfare systems, do a better job of negotiating the relationships between business and labor, that benefits provided to students and workers far exceed those in the U.S., and that Europe’s more interventionist approach to the economy and competition policy is superior.

If true, the much higher levels of taxation and government spending in European countries might seem to be, well, worth it.

But this week Fraser Nelson, editor of The (U.K.) Spectator, has done a remarkable comparison of the performance of European countries with American states. Nelson asked where would European countries rank against individual states in terms of GDP per capita, adjusted for purchasing power? In other words, how wealthy are the various European countries compared to U.S. states?

Humorously, Tim Worstall at Forbes took a look at Nelson’s methodology and found that, if you refine the methodology further, the U.K. actually ends up below Mississippi, and would be the poorest U.S. state.

Nelson also anticipates the counter argument that while the rich may do better in the U.S., Europe takes better care of its poor and has a healthier middle class, and his analysis puts the lie to those assertions as well. In fact, Nelson finds that:

. . . middle-earning Americans are better-off than Brits. Even lower-income Americans, those in the bottom 20 percent, are better off than their British counterparts. The only group [of Americans] actually worse off are the bottom 5 percent.

What does this say about the European model of high taxes, high government spending, and intervention in the economy? Well, clearly the European model does not achieve higher levels of wealth generation, and it does not make for a wealthier middle class when compared to the United States.

Keep that in mind the next time some politician or columnist implies that the U.S. should be more like Europe.