Are Anti-Price Gouging Policies to Blame for Shortages on the Big Island? 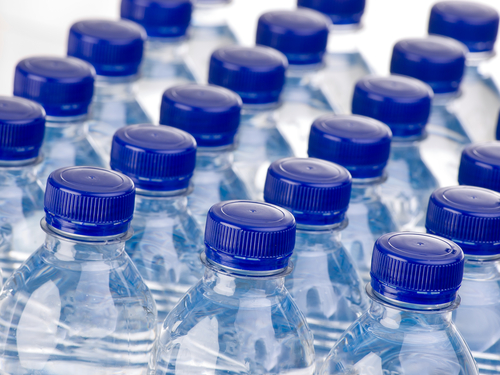 After Hurricane Iselle, thousands of families were in the dark without flashlights, ice, or generators on the Big Island. Many stores on the Hilo side were still completely sold out of disaster relief items as late as ten days after the storm, leaving desperate victims wondering why it was taking so long to restock the shelves.

At one convenience store in Pahoa, a freezer was empty for days. Ten days after the storm, the sign still read, “Sorry No Ice” – a sign all too familiar to the hurricane victims living without freezers or electricity. The price of a bag of ice at the store was posted at $1.99, which is the same price as before the hurricane hit.

Why were the shelves empty for so long? According to economist and former economics professor Dr. Harry Messenheimer, “It’s because of the anti-price gouging law.”

Dr. Messenheimer was among those affected by the hurricane, and was left without power after Hurricane Iselle damaged his property. According to Messenheimer, “If the price were allowed to rise, it would encourage people to economize their use of ice, and at the same time, it would send a price signal to encourage businesses to provide more ice.”

It may seem cruel to allow prices of disaster goods to rise after a hurricane, but in such cases it may help to think of the disaster as a spur to the demand for ice–an ice producer, if you will. Increased demand creates an incentive for suppliers to fill the gap. If prices rose, ice makers across the state might spring into action, and think creatively about how to get ice to the disaster area as quickly as possible. However, when prices stay the same as they were before the disaster, suppliers also behave the same as before the disaster and shortages result.

In addition, the freedom to raise or lower prices should be protected on principled grounds. Economist Ken Schoolland, a professor at Hawaii Pacific University, asserted that “As a matter of individual rights, the producer and owner of a product has a right to decide how much they want to exchange it for—and any buyer has a right to decide how much they wish to pay. If a government official forcibly blocks that right of contract, both parties are robbed of value. Without just compensation, this is an unconstitutional taking from both parties.”

Economists across the state, from Ken Schoolland of HPU to many economists at the Economic Research Organization of the University of Hawaii, or UHERO, agreed that the anti-price gouging law contributed to the shortages seen after the hurricane.

Councilman Greggor Illagan was thoughtful in response to the suggestion that price signals may be a good thing during a disaster.  Mr. Illagan’s district was hit hardest by the hurricane. He said, “Actually, that makes sense. The government bought ice here so no one else could buy the ice. What we should have done is bought the ice from the neighbor islands. Then locals could still buy ice here. Price signals would have helped that.”

However, this can be a tough sell to the average disaster victim, who sees price spikes as greedy, and cruel. Cody Cibulka, a volunteer working to help hurricane victims, was skeptical. She said, “I can see how that would work, but I feel like that would lead to price gouging.”

Dr. Carl Bonham, an economist from UHERO, also had reservations as to the utility of price signals in the cold reality of a post-disaster scenario. He wrote in an e-mail to the Grassroot Institute of Hawaii, “I am skeptical that conditions leading up to and following a natural disaster really allow for prices to function normally. Do we really believe that consumers need to see the price of water or gasoline shoot up to realize that they need to conserve these resources, particularly when there are no gas pumps working due to lack of electricity?”

Those who question the utility of the anti-price control approach say that the free market works during good weather, but during bad weather, disasters spark market failures which need to be corrected. Dr. Bonham continued, “If we double or triple the cost of water, will broken transportation networks allow for the quick movement of resources into the affected area to take advantage of the price signals? Maybe over a longer period of time, but in the immediate period surrounding a storm, I am skeptical.”

However, other economists at UHERO like Dr. James Rousmasset and Dr. Paul Brewbaker disagreed with Dr. Bonham. Dr. Brewbaker states, “My impression is that the bottled water response to the rising price signal to ‘make more’ is actually, shall we say, fluid enough . . . or more technically – elastic enough to quench a sudden increase in thirst.”

Meanwhile, back on the Big Island, Dr. Messenheimer, who was living without power for ten days after the hurricane said, “Allowing stores to increase the price would send a signal entrepreneurs to bring more goods to the island. There would be enough for everyone.

With lava approaching Pahoa as of September 19th, 2014, another state of emergency was declared in Hawaii. That means the anti-price gouging policies went into effect again, giving another opportunity to consider the question of whether this approach leads to shortages.

Within days, demand for rentals in Hilo were already up, according to a report in the Tribune-Herald, as people fled Pahoa to escape from the coming disaster. The same article also notes an increased demand for storage.

In Hawaii, it’s simple common sense to prepare for extreme conditions or natural disasters, and part of that discussion should include an effort to re-examine our assumptions about the post-disaster market and learn from the mistakes of the past. Allowing prices to rise during a disaster may be the best way to help those in need.  Dr. Messenheimer was packing up as the lava was getting closer to his neighborhood. He said, “We’ve had a disaster, and what we’d like to have is people piling on to help us. We should be rewarding the suppliers who spring to action.”