Education: Why there is no easy fix for the system 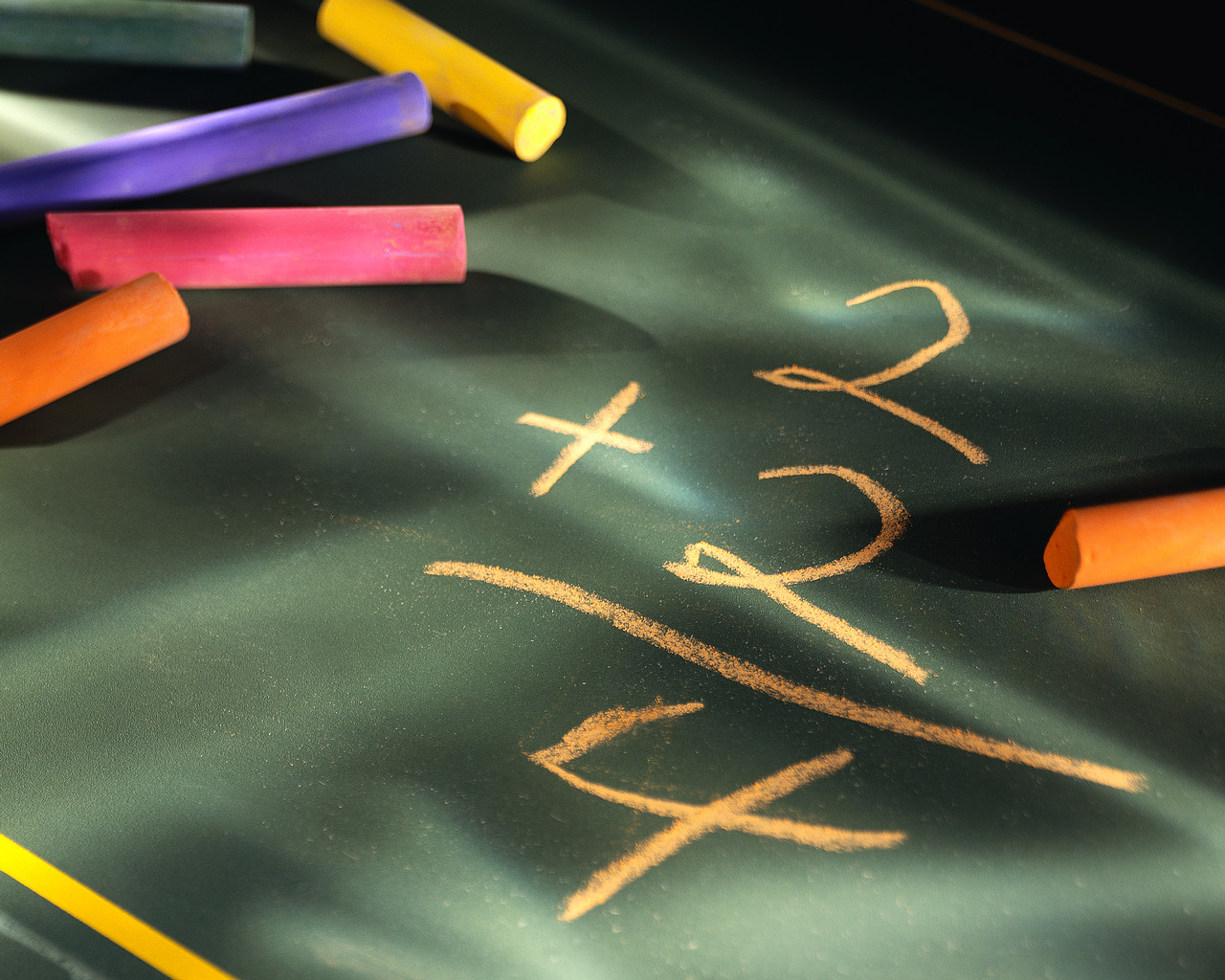 The various education systems around the world often have their merits, but also their flaws. Some systems might equip a large number of students with the tools and knowledge to become valuable members of the workforce, but at the same time have trouble encouraging artistic and creative skills, which in turn can be important to generating innovators. Others might support the latter two, but result in a shortage of potential knowledge workers. What both of these cases do have in common is that they aim to satisfy society, not provide the best education for individual students.

In many societies where conformity is valued, the government–often with public support–sets up a standardized system to reinforce whichever qualities are considered valuable. If those traits are valued by the market, the economic performance of the country can profit, but students with other qualities are often left behind. In Germany, for example, a very high value is placed on academics. This leads to a high proportion of students acquiring masters degrees and PhDs. However, some students with talents outside of the academic realm are considered to be of little value and are thereby disenfranchised.

By comparison, the current system in the US reinforces social stasis. Children of wealthy parents attend prestigious private schools which all but promise them access to the even more expensive ivy league colleges and universities. With this advantage in education, they are far more likely to do well for themselves than the average student–a cycle that contributes to income inequality. Some degree of inequality is natural and even beneficial, but if the gap expands too much, it can lead to social instability.

In international tests like the PISA study, the best performing system has proven to be the Finish one. It is often asked whether the US should try to adapt some of the Finnish solutions. However, this might not be fully practical.

There are fundamental ideological differences between the Finish and the US school systems. Differences so significant in fact, that Finland’s system can not serve as a template for US reform. All schools in Finland are funded in a way that guarantees equal allocation of resources to all schools regardless of the wealth of the community. This model of central, equal resource allocation would be very hard to sell in the US. Children also have access to childcare, comprehensive health care, and preschool in their own communities guaranteed by law. Education is furthermore considered to be a human right in Finland. Therefore, all education from preschool to university in Finland is funded by the taxpayers. [1] Additional attention and care is given with regard to need, not sold to those who can afford it. Kari Louhivuori, a school principal in Finland, explained the idea behind this approach in an interview with Smithsonian Magazine: “Children from wealthy families with lots of education can be taught by stupid teachers. We try to catch the weak students. It’s deep in our thinking.” [2]

None of these fundamental concepts could be implemented under any legislation in the US. They are, however, essential for the success of the Finnish system. In Finland, the demanding educational requirements for teachers themselves lend an air of excellence and respect to those who succeed. This could be one of the few policies the US could adapt, but it would result in a shortage of teachers which only higher wages could then mitigate. If one was to work from the demand side, higher wages themselves could attract better qualified personnel to compete for jobs in education. The staggering results are due to competition in Finland. There, the teaching profession is one of the most desired among the young population and only those with top qualifications make the cut, making it comparable to medical doctors or lawyers. The trust placed in them is high and their status is like that of a brain surgeon. In the US such a sentiment is difficult, if not impossible, to find. Illustrative of that gap in teacher status is the popular American saying that, “Those who can, do. Those who cannot, teach.” Given the lower status of the profession in the US, it should come as no surprise that many teachers in the US are not recruited from the highest ranks of university graduates.

This appreciation for education can not be mandated by the government, despite how much some might wish that it could be. That being said, certain government actions can act as a form of marketing for education. The space program of the 1960s is a successful model for such marketing. Not only did it result in a technological boom that witnessed the creation of a variety of commercial applications and leaps of progress in already existing technologies, but it simultaneously inspired a generation of young people to pursue a career in science. Scientists, in the form of astronauts, became real life heroes, raising the status and profile of scientists in the popular imagination. Science-fiction television shows and movies like the Star Trek franchise inspired many kids to consider a field that they would otherwise not even have thought about.

Changes to the educational system can only lead to limited successes without an a societal shift in the attitude toward educational attainment. No matter how good a school is, a child is less likely to pursue educational excellence if he or she is mocked by his or her peers with derogatory terms like “nerd.” Trying to reduce this directly would be a futile attempt to treat a symptom while ignoring the root of the problem, which is a less-than-positive attitude towards education that extends through the culture at large. The US does extremely well when it comes to sports education because athletes are held in high regard, and occasionally even elevated to the status of heroes. In some colleges, the most highly paid position is the head football coach. Many scholarships are granted to athletes with little regard for their academic ability. Of course, this is partly a reflection of the free market in action, as college sports generate publicity and bring students and alumni dollars to the Universities. Still, the education system that develops in such an environment reflects what the values of its culture. Therefore, it is no surprise that in this system many students aspire to be athletes, just as many aspire to become musicians, actors or artists.

Prestige matters. Recognition matters. If there are sensational programs, there will be media attention. And where there is attention, recognition, and prestige to be had, people will aspire to have some part of them. Right now, attention and admiration is given to those in fields which have a certain entertainment value. One solution would be to attempt to give science and similar academic pursuits more entertainment value. The alternative would be to reduce the value society places on entertainment, but that appears to be difficult, if not impractical.

The one thing government can do to improve education is to sponsor (or at least support) programs that give prestige to the professions of engineers, scientists and educators. That is one of the few ways in which government can successfully influence the status of education. It can help set the goals, while the market and competition find the most efficient way to get there. Of course, such action is not limited to the government, but could also be attempted by any individual or group with the necessary resources for philanthropic purposes, self-interest or both. Hi-tech giants in Silicon Valley would have an incentive to promote science education by sponsoring competitions with entertainment value. It would provide them with publicity and has the potential to inspire more young people to pursue a career in the selected fields of those competitions, thereby increasing the availability of qualified personnel in the future.

Some of the most interesting and promising programs in creating this cultural shift towards popularizing academics (e.g. space exploration) have been characterized by some as too expensive and unprofitable to be  undertaken by private corporations. Here is where the resources of the government come into play. Though some have criticized the social value of large government projects like the space program, evaluating them merely on cost vs. immediate and direct benefit, the long-term gains of government involvement in such projects may be both more subtle and more considerable than critics realize.  The benefits for all of society, including economic growth have the potential to greatly surpass the initial investment.

When it comes to the education system itself, government should strive to avoid excessive intervention. Otherwise the system might still supply the demand created by society, but ignore the differences between individual students, leaving many behind and creating a deep achievement gap. This is, in fact, the central problem faced by many school systems around the globe.

Goals can be set and adjusted by visionaries and entrepreneurs or by society. But whether it is government setting the goals or large-scale cultural influences, these goals become the country’s de facto intellectual compass. Even with appropriate academic goals, however, the way for students to succeed on an individual basis is best chosen through competition between a variety of alternatives. School choice on its own will not fix the educational system because it only allows parents and students to choose their path through the educational system. If academic and career aspirations do not change, then even alternative education methods will only reinforce existing tendencies. In many cases, the educational status of the parents is still the primary influence on a student’s educational path. Societal expectations and influences will also help shape that path.  If the US wants to stay competitive in the STEM fields (Science Technology Engineering Mathematics),  it needs to learn to value those fields more. But at the same time, we also need to acknowledge that not every student is the same. One type of school might be excellent in educating one type of student, but the only way to provide the optimal environment for every type of students is to offer choices.

Anyone who truly hopes to improve the school system for everyone, especially for children from poor communities, should not fight against school choice but should rather work to support the creation of inspirational programs. Like anything else, school choice can be done poorly. Critics of choice fear that an unrestricted school choice system will create a situation where public funds are funneled into the pockets of private education providers without generating the promised overall improvement. Others fear that the poorest will be left behind, disenfranchised, thus increasing income inequality. And others still are concerned that children will be raised in schools committed to a specific political or social agenda rather than scientific truth, a scare tactic in the education debate that evokes dystopian fiction more than the modern classroom. Though these concerns are reasonable and deserve to be addressed, they do not justify rejection of the idea that school choice can be a powerful way to reform education and the way we approach schooling in this country.  No other education philosophy is so flexible and prepared to treat students as individuals, finding new ways to combat the achievement gaps that perpetuate inequality in the US. School choice is the most promising tool in changing the way that American approaches education. It just has to be done right.