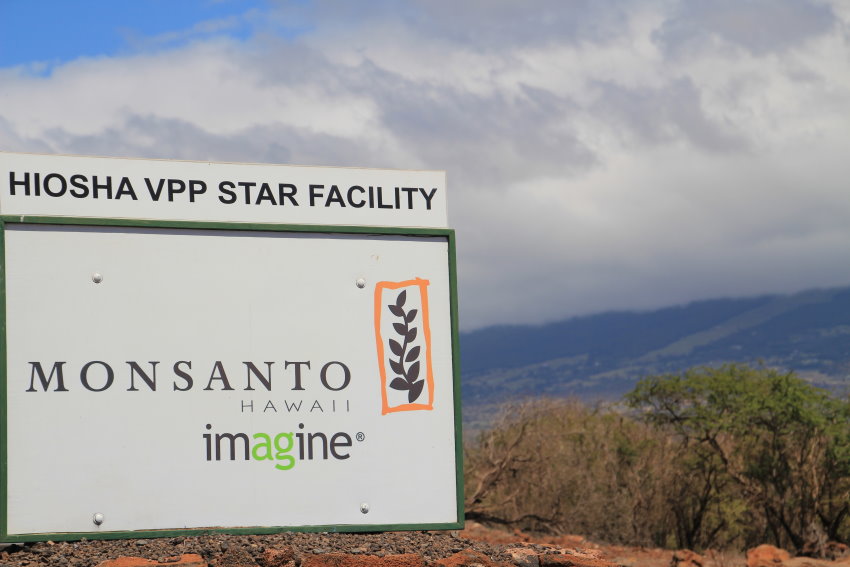 Hawaii has become a veritable battlefield for the advocates and opponents of genetically modified crops (GMO). Champions of the free market and of sound science have succeeded lately against the relentless tide of anti-science, ideology-driven environmentalism. On Kauai, a federal court has struck down a law that would have introduced new notifications and regulations concerning GMO. But that is only one skirmish in a war that will likely go on for months, and even years to come.

A ballot initiative in Maui County will be voted upon in six weeks’ time that, if passed, would place a moratorium on the growing of GMO in Maui until further assessment of GMO products and the pesticides used to produce them is conducted. In truth, it is effectively a ban, one that will damage a prosperous industry on Maui and in Hawaii. More than 700 people work full-time at Monsanto; their careers and livelihoods could be at stake thanks to the misguided activism of a group of environmentalists who choose to deal in the politics of misinformation and fear rather than in reason and science.

The initiative was the product of a campaign by the Shaka Movement, a grassroots activist organization that is seeking to scupper the GMO industry. Bruce Douglas, a co-founder of the Shaka Movement has stated that because Monsanto is the only company working with GMO in Hawaii at the moment that the initiative would not disrupt anyone who was not on Monsanto’s payroll. Yet that argument is wholly invalid. Not only is it rather glib about the 700 jobs directly funded by Monsanto that would be at risk, it also fails to grasp the damage to numerous other employers working in the Monsanto supply chain. As for harming ordinary citizens of Hawaii, the banning of GMO would certainly reduce choice and raise prices for groceries. Douglas seems to be wholly unaware of the far-reaching negative consequences his ban would unleash.

Douglas parrots the same tired lies about the health problems allegedly caused by GMO, claiming that it “creates foreign proteins that cause autoimmune and many dysfunctions in people’s bodies. They like to cite scientific studies that have been funded by the industry.”

Of course, these harms are undocumented in the scientific literature. Indeed, the broad scientific consensus continues to support the fact that GMO is not harmful to its consumers. As for the accusation of industry funding, it is patently ridiculous. Not only is the scientific community constantly looking to uncover fraudulent data, but there also is a wealth of independent studies that validate the same consensus opinion.

Perhaps realizing the scientific weakness of their case against GMO itself, the Shaka Movement and its allies have moved on to what they clearly think is firmer ground: an assault on Monsanto’s pesticides. Monsanto uses a glyphosate pesticide that is designed specifically to be non-toxic to humans and animals. Anti-GMO advocates try to claim that Monsanto and its ilk use ever-larger amounts of these pesticides, resulting in pollution of water, soil, and food supplies. Yet the actual scientific data shows a very different result. According to Academics Review, a non-partisan organization dedicated to reviewing scientific research and criticism thereof, use of glyphosate is actually “a chemical with a lower environmental impact quotient and lower toxicity.” In other words, it does the exact opposite of what the anti-GMO activists claim.

The Shaka Movement has paraded out a recent “study” by Moms Across America, an anti-GMO activist organization, which claims to have found glyphosate in nursing mothers’ milk. Their use of the study is rather funny, considering it was produced by an explicitly anti-GMO group. Surely that should make it immediately suspect according to Douglas’s own standards about industry funding. If he thinks Monsanto funding research produces inaccurate results, why does he think the results of an advocacy group for the other side would be any different?

The Moms Across America findings are also suspect because it was conducted without any sort of scientific rigor. In fact, its comically small sample size, its lack of clearly defined experimental parameters, and its generally questionable methodology all serve to reveal it as the amateurish charlatanry that it is. The results, if they are true at all, offer no conclusive evidence of harms caused by glyphosate whatsoever. In essence, the study is pointless because its methods and conclusions are all inaccurate.