Grassroot’s Interview with a Vampire 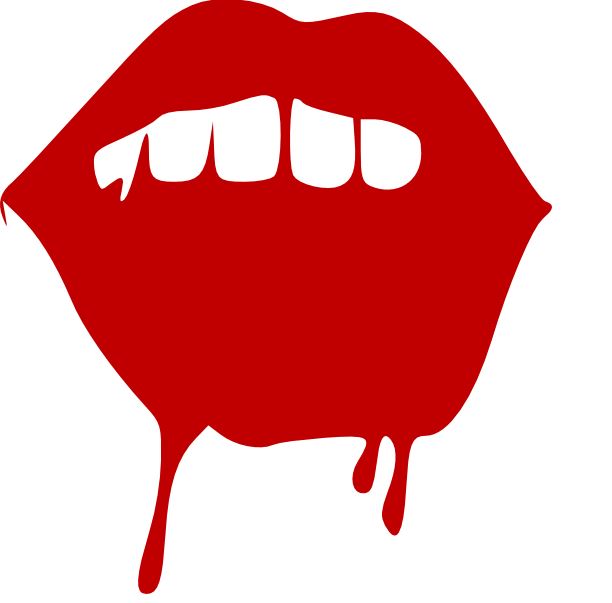 Most people don’t think of vampires when they think of Honolulu, but the truth is that the undead enjoy a good vacation spot as much as the living. Grassroot Institute staffer Sebastian Koenig was flattered to be invited to dinner by Viscount Armando Cortez, who tries to visit the Aloha State at least three or four times a century. Entering the abandoned warehouse set as their meeting spot, Sebastian was led down a series of tunnels to find himself in an opulently decorated gothic dungeon–a delightful surprise, given the general lack of ancient castles in Kapolei. The conversation that evening ranged over a wide series of topics, from the burden of immortality to whether Eli Manning can be considered an elite quarterback, but of special interest was Viscount Cortez’s insights on the political change he has observed during his visits here. When Sebastian recovered consciousness in the Grassroot Institute office the next morning (and with only a slight case of dizziness caused by blood loss), he wrote up the following account of that conversation.

Editor’s note: The conversation below took place in medieval French and has been translated to the best of our ability. Any errors in interpretation are solely the fault of our freelance translator, whose address can be obtained from our office should anyone quoted wish to take issue with his portrayal herein.

Grassroot Institute: Good evening Senor Cortez. How nice of you to meet with us this late at night.

Viscount Cortez: No problem at all, I am somewhat of a night person. Thank you for having me.

Grassroot: It says here you were born in 1469 in Sevilla, Spain. I assume you must have quite the story to tell, but I want us to focus on your experience here in Hawaii. What are your concerns when you look at the Aloha State?

Cortez: Besides the tropical sun? Well, when I first started coming, here one was still greeted by topless island beauties. (Shakes head.) Yet another casualty of what you call “progress.” But I assume you want me to talk res publica?

Grassroot: Yes, having seen the centuries pass, what do you think about the developments in American Politics?

Cortez: I have to say, I am a bit concerned. I was there in 1775. Americans went to war over a level of taxation that would be laughable in todays world. A 3% tax on tea caused the legendary Boston Tea party. I would have been devastated, had my diet not been reduced to only blood for centuries at that point. The first century is the worst. I cannot tell you how much you miss eating carbs. Have you ever done paleo? It was like that, times a thousand. There was a fifty year stretch where I would only feast on bakers and patissiers.

But I digress. The taxes. Over the years, I have to say that government and taxation continues to grow. That seems to be about the only bipartisan agenda these days. Any time there was a war, government spending surged and never returned to pre war levels.

Grassroot: So do you think that our social and economic problems today result from too much government?

Cortez: I believe there is a case to be made that the kinds of governments we have around the world cause many of our problems. It is not as bad as the monarchies of my youth, and I doubt it will ever return to that. However, I do think that the people in this country have become more and more reliant on government, while their representatives continue to expand it. It used to be that people in this country did not care about what their government did, because they did not have to. Its power was very limited.

Nowadays it seems government is everywhere. They expand government agencies, even surveillance in the name of National Security. You would not believe what I have to go through to set up a lair these days.(Sighs) Sometimes I think I should follow the example of my friend Vlad and just go off the grid. But what would I do without Reddit?

Ben Franklin is often quoted saying that “They who can give up essential liberty to obtain temporary safety deserve neither liberty nor safety”. But it appears that more and more Americans are willing to make that trade.

Thomas Jefferson once defined rightful liberty as, “unobstructed action according to our will within the limits drawn around us by the equal rights of others.” He did not add, “within the limits of the law,” because he believed that the law, “is often but the tyrant’s will and always so when it violates the rights of the individual.” You know, I liked that so much that I left him alone and took a nip from Aaron Burr instead. Jefferson was quite the man. A bit of a bore about wine though. I never drink … wine.

It has been difficult to watch the slow slide away from these principles. The people in this great nation that he helped create accept laws like the Jones Act, which prevents American citizens to contract foreign shipping companies to transport goods between american ports and hurts the US economy on top of that.

Grassroot: Why are you so concerned about the Jones Act? You don’t need any of the food or most of the other supplies that get shipped in, do you?

Cortez: No, I don’t need the food, but I don’t like to fly. It’s hard to find a sun-protected spot in one of those flying tin cans. So I need to travel by coffin on a ship. That’s why I so rarely visit the Islands; it’s freakishly expensive to ship myself.

Grassroot: I understand how that could be a problem. What other policy measures concern you specifically?

Cortez: Well, there’s the expansion of the Military Industrial Complex. Eisenhower warned us about it–a great man and such a gentleman regarding my little … er … misunderstanding about the Nazi officers I was supposed to keep an eye on. As I was saying, it seems to get worse with every war this nation encounters.

I also find it disturbing how more and more Americans somehow want the President to fix all problems, because that implies that he should have the power to do so. I mean Jefferson did go ahead with the Louisiana Purchase without Congressional Authorisation, thereby doubling the size of the US at the cost of 4 cents an acre. Today, people don’t even consider how that could be executive overreach. It’s a slippery slope. The exalted role the President has taken on is troubling and has seriously disrupted the doctrine of separation of powers. (Stares into distance thoughtfully.) I sometimes wonder whether I made a mistake by agreeing never to drain a head of state. Trotsky said as much when I ran into him in Acapulco.

But what really bugs me is the state of education in this great republic. I mean, just look at what your kids are learning. They prefer glittery boy band vampires over the classics. Glitter! What are you teaching them? Where is the outrage?

Why is it that so many Americans seem to be fine with their lack of choices and influence over their children’s education? Parents–or even the children themselves–should have a say when it comes to the school they are to attend. That should be common sense. In many places around the world–even in some of the more socialist European states–parents have the ability to pick their childrens school. And yet you let your children be herded about like lambs. (A slow smile spreads across his face.) Mmmm. Plump, delicious, little lambs.

Grassroot: Getting back to politics, would you say that your grievance is with the Democratic Party?

Of course, this isn’t to say that I favor blindly following majority opinion either. The majority can hold bad ideas and opinions–just ask my friend Victor. When you say “majority” all he sees is a band of villagers with torches and pitchforks. Obviously, I am not a populist. However, I believe we have to return to a system that is less paternalistic, does not attempt to lead everyone by their hand, and allows people to fail. There is a lot to be learned from failure.

For people to ultimately flourish they need to be left to their own devices. To use what you might find to be a somewhat outdated metaphor: Jazz is only at it’s best when there is room for improvisation.

Grassroot: Thank you for your insights. What about debt. With your years of experience, would you say that we’re overstating our concerns on that issue?

Cortez: Not in the least. It seems the various government programs are sucking your treasury dry, excuse the pun. My kind does live for a very long time. And while those humans alive today– especially the older people sitting in Congress–might not be alive when the debt comes back to bite this country, I will. So will their children and grandchildren. I fear that day. Economic depressions are not kind to the undead. Everything ends up tasting so gamey.

And then there’s inflation. Prices have increased 20 times over in the last 100 years. It brings to mind the inflation in 16th and 17th century Spain, so heavily criticised by the Spanish Scholastics, like my acquaintance Juan de Mariana. I met Juan when he was imprisoned by the Inquisition. Such edifying chats we had.

Anyway, even that period of inflation never came close to the levels we see now. It is reducing the purchasing power of the common household. Who benefits but the government and the wealthy few with inflation-resistant assets? Like me, I suppose, but I’m far beyond caring about such things anymore. In fact, it angers me to see what is little more than wealth and income redistribution of the worst kind. It has made people desperate enough to want to raise the minimum wage, not seeing that they are introducing yet another restriction of freedom in order to solve a problem caused by the government.

Grassroot: I’m sure our readers will be interested to see just how supportive you are of fundamental freedoms and limited government. Thank you so much for your time. I hope you have a pleasant rest of the night.

Cortez: It has been my pleasure. After all, it is not like I don’t have enough time. I just love Halloween, it’s so much easier to blend in. Especially since it’s really popular to be a vampire right now. We practically have groupies. But I am feeling a bit peckish and it’s nearly breakfast. You look delicious by the way…

Happy Halloween from the Grassroot Institute of Hawaii.