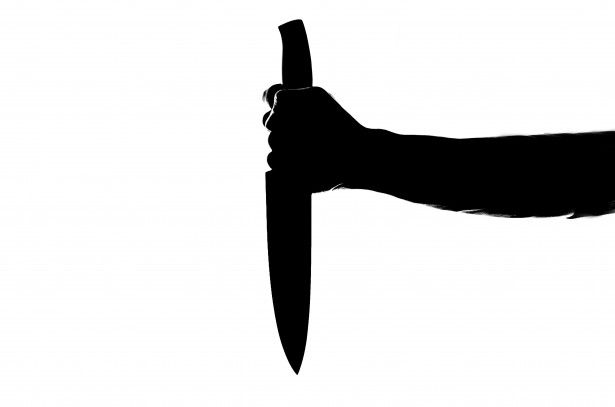 Classic serial killer films have a fairly standard arc: the killer hunts down his victims, usually teens, and slays them with various sorts of deadly implements running the gamut from prosaic knives to terrifying chainsaws. The helpless and hapless victims spend most of the run-time fleeing, getting trapped, and ultimately being killed by the savage killers.

But why do these young people have to die? The answer is simple: they don’t have guns and the people who do are wholly incompetent.

A lot of slasher flicks would end a whole lot faster in the absence of the strict gun control laws apparently in effect in every town these serials killers roll in to. A teenager with a Glock, or even a hunting rifle, would make short work of Jason Voorhees and his ilk. Indeed it would be an object display of the old proverb “Never bring a knife to a gunfight”!

The nightmarish world of the serial killer movie is the direct product of a lack of gun ownership. With guns, the playing field is equalized. Even a chainsaw is a pretty shabby weapon when placed beside a shotgun. Guns are equalizers, and slashers are far less scary when you’re better equipped than they are.

Slasher films also highlight the utter incompetence of the government charged with the responsibility to protect the public. In the absence of an armed society, we would obviously expect the police to step up their game as the protectors of our lives and property. Yet time and again we see gross incompetence and ineffectual policing that leaves disarmed citizens at the mercy of burglars (and skin-mask-wearing serial murderers).

The Second Amendment rights of the poor, beleaguered citizens of the slasher film universe are in a terrible state, leaving them easy prey for every Jason Voorhies or Freddy Krueger who comes down the block. (And don’t even get us started on the mish-mash of self-defense and gun control laws that exist within the realm of dreams.)

People of Elm Street, Camp Crystal Lake, and Haddonfield, Illinois! You don’t have to spend all your time running up stairs and crouching in obvious hiding spots. Take up arms against a sea of serial killers and make a stand for your Second Amendment rights. And the next time a politician tells you that gun control is for your protection, tell him you’ll take your chances!