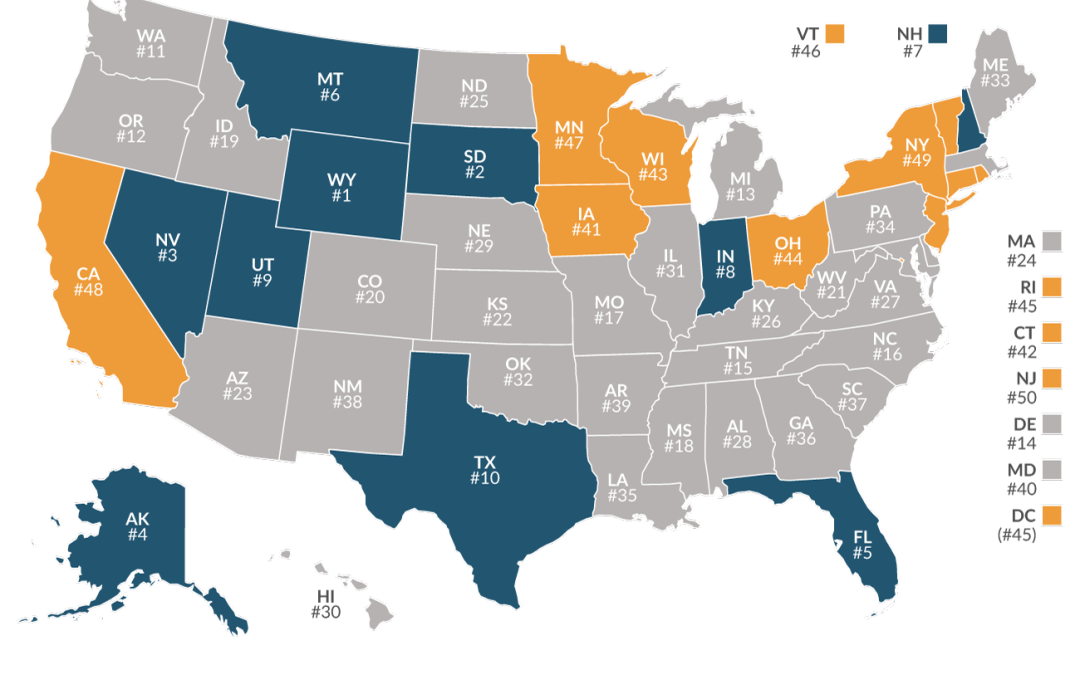 HONOLULU, HAWAII–Oct. 28, 2014–A side-by-side comparison of state tax structures has ranked Hawaii thirtieth in the nation on its business tax climate, a position that is unchanged from 2013.

The study, which was conducted by the State Tax Foundation, examined five major elements of each state’s tax system: Corporate Taxes, Individual Income Taxes, Sales Tax, Unemployment Insurance Tax, and Property Tax. Although a number of states rose or fell in the this year’s index due to policy reforms and efforts to improve the state economy and business climate, Hawaii’s ranking is unchanged from 2013, reflecting the lack of action in this area over the past year. Hawaii’s overall ranking was thirtieth, with its poorest showings in Individual Income Tax (ranked 37) and Unemployment Insurance Tax (ranked 28).

“This year’s State Tax Ranking reflects the lack of progress in improving the economy by Hawaii’s policy makers,” stated Keli’i Akina, Ph.D., President of the Grassroot Institute of Hawaii. “While the state maintains high tax rates to support its budget and excessive spending, policies toward small business discourage entrepreneurship, and contribute to the high cost of living and the brain drain. More is at stake here than simply helping businesses. By pursuing tax reforms that foster a healthy business climate, the state will ultimately help all residents of Hawaii with a more reasonable cost of living, lower individual taxes, and lower unemployment rates.”