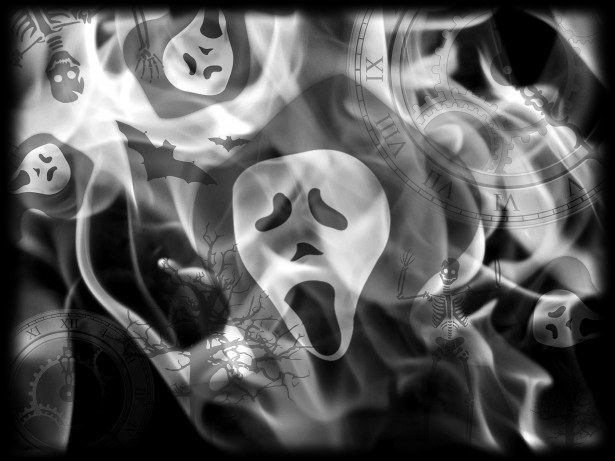 Something spooky is haunting the halls of the Hawaii State Capitol.  Government retirees seem to be coming back to life — returning to work, collecting a pension check and a paycheck at the same time.  This process of getting two government checks is commonly known as “Double Dipping”.

Like ghosts, these government employees seem to be rising from the dead, flying into government offices, and punching in again.  One can imagine a ghost saying, “I’d like to collect a check as long as I live — and beyond!”

Governor Neil Abercrombie is like one of these ghosts back from retirement.  He receives three paychecks: a state pension of $29,330 per year, along with a federal pension of $47,829 per year, and to top it all off, he also receives an annual salary of $117,312.

Other notable “pension ghosts” include House Speaker Joe Souki and State Senate President Donna Mercado Kim.  In 2013, KHON2 found at least 100 other taxpayer funded double dippers across the state.  Many of these government workers receive pension payments in the double digits, along with salaries as high as $111,000.

This is frighteningly high, considering the average private pension in the United States is only about $8,600.

Double dipping is banned or restricted in 32 states.  However, it’s legal in Hawaii, which is odd considering that the Employee Retirement System is underfunded by 8.4 billion dollars.

Federal Hawaii Representatives are also haunting the halls of Congress as ”pension ghosts”.  Mazie Hirono receives $46,556 a year in state retirement benefits on top of her $174,000 annual federal salary.  And Brian Schatz also receives a pension, although he is only 42 years old.  He collects two government paychecks – one for his pension, and one for his salary.

This wouldn’t be so spooky if the topic were private pensions, which are privately funded.  But public workers rely on public funds to help contribute to their pension plan, and that means taxpayers are hit twice: once for contributing to their own pension, and another time for contributing to a government worker’s pension.

The problem persists at the County level as well.  The Big Island has at least 6 “ghosts” — public retirees who are still working.  Civil Defense Director Darryl Oliveira gets two paychecks, one for his time as fire chief, and one for his current salary.  Maui County has 11, including the Mayor.  Kauai County has at least 9 double dippers.  And Honolulu has more than 50 county employees collecting double the taxpayer checks.

“That’s why I donate my salary to non-profits,” said Ann Kobayashi, Honolulu City Councilwoman, in an interview with KHON2.  “It’s about $30,000 that I donate every year.”

Good for her.  However, a better solution to the problem might be to simply return the money back to the taxpayer, who would probably be happy to spend the money in more productive ways.  In the meantime, public retirees continue to rise back to life in the government, and just like a bad horror movie, they just keep coming back.