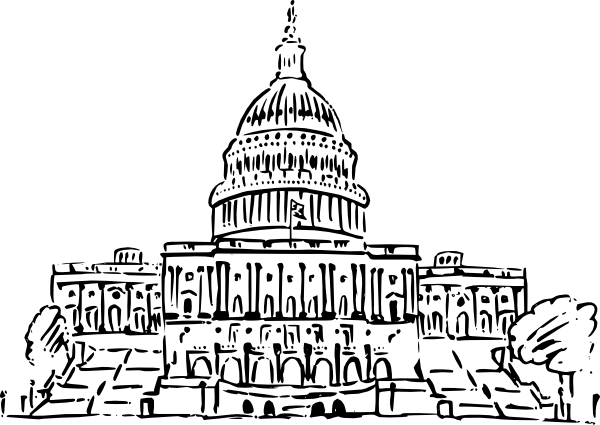 The lame duck Congress suffered through its usual year end brinkmanship before avoiding a government shutdown.  Horrors! What would people do if politicians weren’t able to legislate, regulate, and dictate in the “public interest?”

The traditional civics book notion of government is that the state does for us what we cannot do for ourselves.  If the state focused on its most fundamental tasks, we might notice if it closed.

Unfortunately, the state has turned into something very different.  It’s now a welfare agency for the wealthy, a vast soup kitchen for special interests, an engine for social engineering at home and abroad, and a national nanny determined to run citizens’ lives.  Closing down Washington’s great income redistribution racket actually would help most Americans.

Yet, as I point out in the American Spectator:  “perhaps the most irritating, even infuriating, government activity is paternalism.  There’s a basic difference between a gang of highwaymen and Congress.  The first group takes your cash and then leaves you alone.  The second group empties your wallet or purse, and then insists on sticking around for your benefit to manage your life.  Your new overseers expect not only regular payment but eternal gratitude.”

Consider the campaign against smoking.  Adults are entitled to smoke cancer sticks if they want.  The idea that not one restaurant or bar in a city of thousands or state of millions can allow someone to smoke is, well, outrageous.

Former New York City Mayor Michael Bloomberg attempted to ban large cups of soda.  He felt entitled to substitute his preferences for those of the people he was supposed to “serve.”

Last month the City of Berkeley, California became the first city to impose a special tax on drinks with sugar.  No word yet on whether the tax man next will target chocolate bars, ice cream, and households lacking an elliptical trainer.

In October the City of Burien, Washington banned body odor.  Or at least too much body odor in public.  Explained city manager Kamuron Gurol, “Occasionally, people will unfortunately have such a bodily odor that it’s very hard for other patrons to physically be in the same place.”  Are mandatory public showers next?

Authorities in North Attleboro, Massachusetts recently rejected selectman Patrick Reynolds’s request to eliminate the ban on playing ball in the street after the police broke up a game being played by friends.  Responded the police chief:  what would people think of the city if the community okayed this horrid practice?

In August the State of California loosened its earlier prohibition on people bringing dogs into restaurants.  Now under a set of specific conditions—in an outdoor area, with the animal in a carrier or on a leash—dogs can join their owners at a meal.  But why not simply leave the decision up to the restaurant?

The paternalist FDA long has delayed the approval of life-saving drugs, thereby killing thousands of people, far more than the number likely saved by preventing the sale of dangerous medicines.  Last year, the agency outlawed mimolette cheese because the rinds might contain trace quantities of cheese mites.  The latter are harmless, but never mind.

Earlier this year, the FDA decided to ban cheese aged on boards—which means most European cheese imports.  After all, “The porous structure of wood enables it to absorb and retain bacteria, therefore bacteria generally colonize not only the surface but also the inside layers of wood.”  Millions of Europeans die every year from cheese poisoning.  Well, not really.  But you never can be too careful!

Actually, very frequently government is too careful, at least when it comes to regulating people’s lives.  When it comes to spending taxpayers’ money, tossing folks into jail, and invading foreign countries, on the other hand, officials go wild and crazy, tossing caution to the wind.

It’s time to shut down government activities that aren’t legitimate, which would include most of them, and especially paternalism.