The “Big Eyes” Have It: Hawaii Courts Again in the Hollywood Spotlight 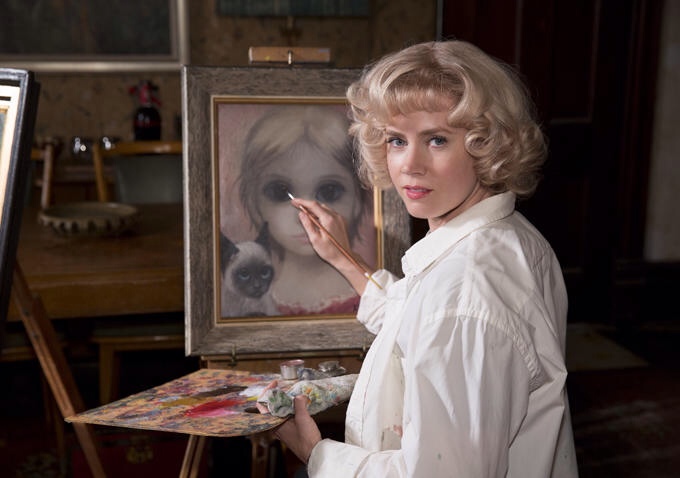 We’re going to start off 2015 slightly off-topic, a movie review. But rest assured, there is a small eminent domain connection. Anyone who was around in the 1960s and 1970s remembers those paintings and prints of sad children with oversize eyes. They were ubiquitous. But they gave our young eyes dissonance. To us, “art” was whatever the adults said it was, and by any measure these paintings must have been art, because they were everywhere, and popularity equated to artistic quality, right? But at the same time, they were kitschy, and in a creepy way (not low-rent fun like our favorite kitsch, Dogs Playing Poker and Velvet Elvis).

Hawaii lawyers have always known the backstory due to a spectacularly kitschy Honolulu federal court trial in the mid-1980s, the result of Margaret suing her by-then ex-husband Walter (and USA Today) for defamation for his claim that he, not Margaret, was the creator of the paintings. During the rise of their popular art empire in the 1960s, Walter had taken sole credit for the work, although she had announced publicly in 1970 that they were her creations.

Big Eyes tells the story from Margaret’s perspective as a struggling single mother with a passion for painting, whose work and talents are slowly co-opted by Walter. Seemingly before she knows it, he is opening galleries, rubbing shoulders with celebrities, and being celebrated for “his” work, while she labors away in a locked studio. Despite the money rolling in, she finally can’t take it any more, divorces him, and takes off for Hawaii.

Larger-than-life U.S. District Judge Sam King presided over the defamation trial, which makes up the final act of Big Eyes. Aliiolani Hale (the Hawaii Supreme Court building) stands in for the federal courthouse, and an actor who looks nothing like Judge King stands in for Judge King, who had been portrayed in an earlier TV movie about another one of his high-profile trials by an actor who at least looked a bit closer.

People Magazine covered the case, not the ABA Journal. It was that kind of trial: the court held a “paint off” in which Margaret and Walter were challenged to produce for the jury a big-eyed painting in an hour; Walter represented himself, and more than a few times got Judge King hot under the collar, enough so that the judge refused Walter’s request for a continuance when he lost his lawyers right before trial, and (according to the Ninth Circuit) “lost patience with him and made numerous prejudicial statements.”

For some sense of the the trial, see Keane v. Keane, 893 F.2d 1338 (9th Cir. 1990) (memorandum), in which the Ninth Circuit upheld the jury’s finding of liabilty, but reversed the $4 million award for lack of proof of that level of damages. And here’s our promised eminent domain connection: the Ninth Circuit relied on United States v. 2.61 Acres of Land, 791 F.2d 666 (9th Cir. 1985), a case about just compensation, for the proposition that absent an abuse of discretion, a trial judge’s denial of a continuance will not be overturned on appeal. We can find the takings angle in just about anything.

There have been claims that Big Eyes is not an accurate portrayal of the Keane drama. It certainly comes nowhwere near to an accurate portrayal of how a trial is conducted (in the vein of Anatomy of a Murder, for example). But no matter: we shouldn’t expect movies — even movies based on real history — to be scrupulously accurate, and Big Eyes gets its point across, and conveys the sometimes surreal absurdity of the situation in a highly enjoyable manner, even if it leaves unanswered the biggest question about who got credit for the big-eyed children phenomenon.

As a neighboring gallery owner puts it in the film, “who would want to?”