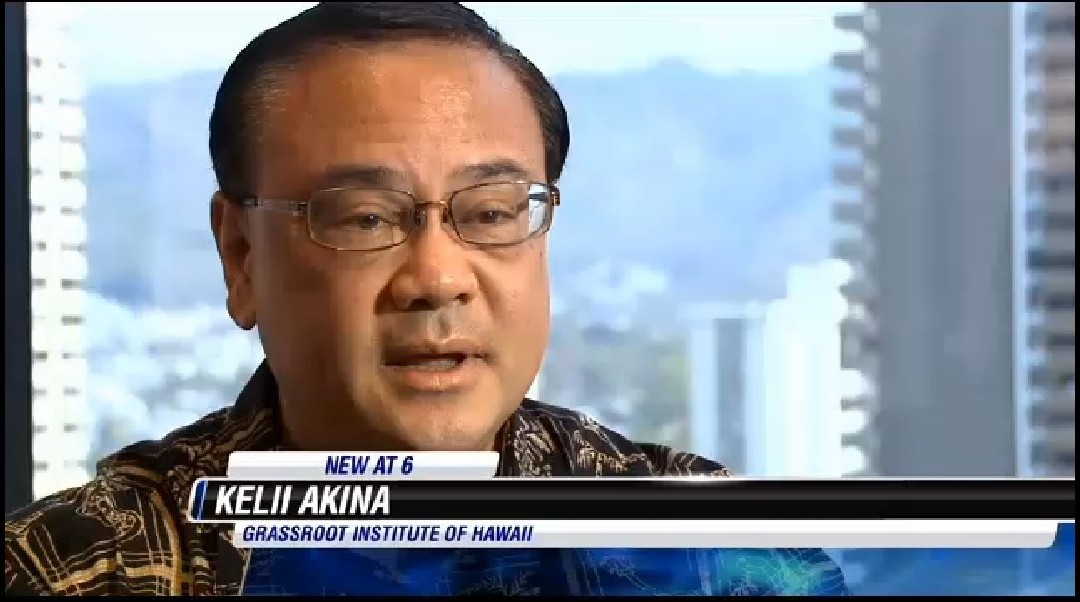 Hawaii News Now recently did a report on the transparency lawsuit which shows Grassroot at work on behalf of Native Hawaiians and the general public. Watch it here.

The refusal of the Roll Commission to be transparent and release information the public has a right to know is what required Grassroot and Judicial Watch to intervene.  Had the Roll Commission complied with any of the information requests (including once the Office of Information Practices was involved), then there would be no reason to force them to comply with open government law.

The Grassroot Institute takes the issue of government accountability seriously, and we owe it to the Hawaiian people to pursue this matter.

Read Dr. Akina’s comments on why the suit is necessary here.  and see our press release describing the suit here.

To watch the report on Hawaii News Now, click here.

HONOLULU (HawaiiNewsNow) -A lawsuit filed by Judicial Watch on behalf of Grassroot Institute of Hawaii demands the Native Hawaiian Roll Commission release the list of Hawaiians signed up to vote in an upcoming convention that has not yet been set.

“Our concern is that the Native Hawaiian Roll Commission has been evasive in providing this information. One of it’s fundamental responsibilities to the public is to be forthright and transparent,” Grassroot Institute president Kelii Akina said.

He said twice the Commission turned down his request for a copy of the list.

“We owe it to the public, to the Native Hawaiian population, to look into this,” he said.