The Liberty Movement in Asia 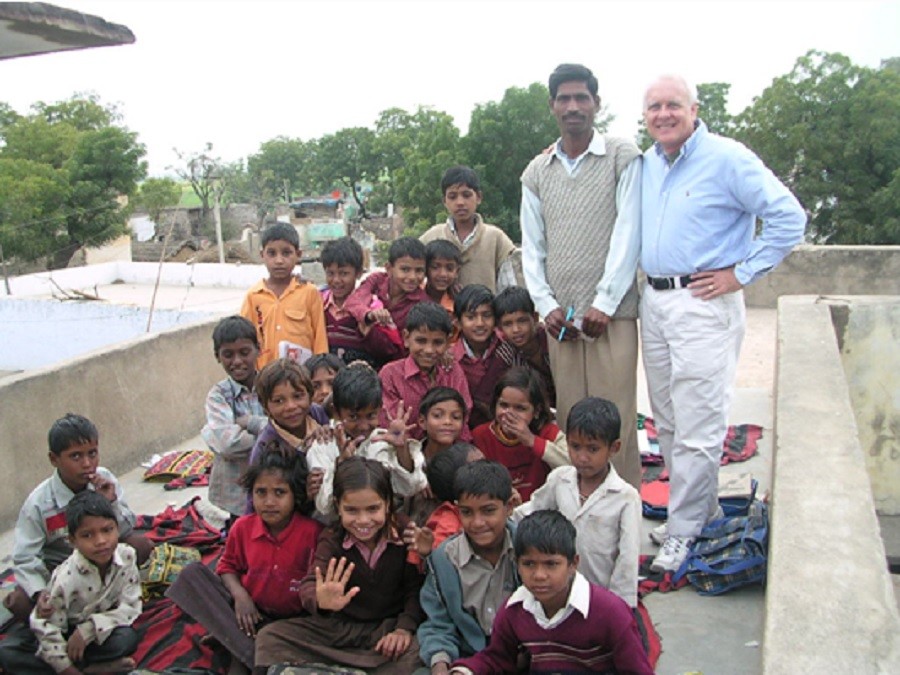 I recently had the good fortune to visit Nepal and India during a whirlwind of libertarian activity across the region. Since I was already heading to the Asia Liberty Forum, the dynamic folks at The Samriddhi Prosperity Foundation in Kathmandu invited me to speak on “Entrepreneurship, Migration, & Economic Growth” for the students and faculty of the College of Management at Tribhuvan University and at the Executive MBA programs of Ace Institute of Management and of Kings College.

Migration is a sensitive topic where 1,000 people reportedly emigrate from Nepal every day for work in India and the Middle East. The reasons for departure are sad—usually crippling government obstacles to economic freedom at home. Yet there are short-term and long-term benefits to come of it. While these able-bodied young men and women gain skills and contacts abroad they have been sending record remittances back to Nepal to help their families and friends.

And remittances are far more beneficial than foreign aid since it comes from people who appreciate the value of the money they earn, they know the people on the receiving end, and the recipients appreciate the value enough to spend it productively. Why? One reason is that it is voluntary and could be cut off if the money isn’t well spent.

Migration can also bring benefits when home policies change and the dispersed migrants return home to economic opportunity, bringing talent and contacts with them. One impressive example is that of decades of out-migration from Ireland that changed to net in-migration when the government adopted radical policies to free the market. With talent returning from abroad, Ireland went from being the basket case of Europe to being the star performer of Europe in the 1990’s.

An invitation to the Media Policy Forum allowed me to join Tom Palmer, Barun Mitra, and the Society of Economic Journalists of Nepal (SEJON) in speaking about “Property Rights and Economic Growth.”

The Asia Centre for Enterprise (ACE), Samriddhi Prosperity Foundation, Centre for Civil Society (CCS), Atlas Foundation for Economic Research, Friedrich Naumann Foundation, the Heritage Foundation, & the ACTON Institute hosted the Asia Liberty Forum this year. I always seem to talk about “Open borders & free trade: migration & trade policies in Asia” because the response is so enthusiastic about a basic human impulse to migrate from tyranny to opportunity.

This conference followed on the heels of conferences in Delhi in previous years. These events are becoming more spectacular every year under the marvelous guidance of Baishali Bomjan, Parth & Mana Shah (of CCS), Arpita Nepal and Robin Sitoula (of Samriddhi), and their magnificent support teams.

The Asia Liberty Forum hosted nearly 300 attendees from over 30 countries. Ceremonies opened with a tribute to Dr Bhola Nath Chalise, honoring him as Freedom Champion of Nepal “for many years of tireless advocacy for the ideas of freedom and liberty within the Nepali government.” Commented Dr. Chalise, “Never before has private entrepreneurship and wealth creation caught the imagination of billions as it has done in Asia today. Our job to promote freedom is filled with opportunities, and so many of you present here today are the beacons of hope.” http://www.acenetwork.asia/alf2015/

Many other heroes of liberty, past and present, were featured at the conference, with a particular focus on fostering heroes of the future. Indeed, the audience was packed with youth from all over Asia and offered more than philosophical ammunition. Much of the program was filled with practical instruction for building and maintaining the liberty movement. Thus, architects of Students for Liberty were everywhere to be found.

ARCH & the Liberty Institute in Gujarat

A great reform is taking shape in rural India through the work of Action Research in Community Health & Development (ARCH) and the Liberty Institute. I journeyed with Barun Mitra, Trupt Mehta, and Ambrish Mehta to Sagai Village in the state of Gujarat to interview farmers who have pushed back against an oppressive government. Their traditional lands were first taken during British colonial times for nationalized forest lands. http://righttoproperty.org/blog/

This deprivation continued after the transfer of forests to the India government. But the Forest Rights Act and legal action by ARCH has enabled farmers to reclaim title to their lands by use of Google Maps and handheld GPS devices. Despite bureaucratic resistance, these revolutionary changes are enriching rural farmers beyond imagination.

Instead of being beaten and forced to do conscript work in road building for the Forest Agency, these farmers are now able: to grow rich crops of their own; to sell produce outside their region; to build substantial improvements into homes and fields; and to send their children to schools. For a more extensive report on this India project, and the connection of this to land issues in Hawaii, introduced by Keli’i Akina, President of the Grassroot Institute of Hawaii, see: http://new.grassrootinstitute.org/2014/02/india-property-rights-project-empowering-hundreds-of-thousands-of-farmers/

Barun also took me to investigate private and government schools in Rajasthan that we had previously visited exactly ten years before. This time we were able to distribute copies of the edition of my economics book, The Adventures of Jonathan Gullible, translated into Hindi and Bengali by Barun Mitra. http://www.jonathangullible.com

As before, we found that unaided private schools costing tuition of $1 per month were able to thrive just down the street from government schools that offered free tuition, meals, uniforms, and teachers who were paid ten times as much. We heard from students, both boys and girls, and from parents that the private school teachers were considered superior because they were motivated by competition. According to the India Institute, without incentives of the marketplace, government schools experience teacher absenteeism as high as 40%. http://www.eastasiaforum.org/2014/10/11/indias-misguided-schools-policy-is-shutting-out-the-poor/#more-43718

Before departing India there was one more opportunity to see the flood of new libertarian students attending the Asia Students for Liberty Conference in Delhi. This was an exciting gathering of youth from all over India, exploring the philosophy and practical application of liberty, organized by Abhinav Singh, an army of liberty youths, and supporters from the Centre for Civil Society. http://studentsforliberty.org/south-asia/

Prominent were such liberty luminaries as Barun Mitra, Alexander McCobin, Tom Palmer, Dan Grossman, Aleksandar Kokotovic, and numerous others from the region. One highlight for me was a presentation by Andrew Humphries about the origins of the philosophy of liberty. By the title, I was expecting an academic, historical overview. But I was pleasantly surprised by his group dynamics (always a strength of Andrew’s) for generating broad identification of all the good things of the past 500 years that we owe to freedom. What a terrific insight into an informal communication approach that is so very effective.

Most of all I was energized by the high spirit and genuine sincerity of these students for the prospects of liberty in South Asia. Liberty is practical in bringing solutions to problems through the free market. Liberty is humanitarian by elevating the prosperity and dignity of those most destitute in the land. Above all, liberty is ethical. For liberty is the path of voluntary action rather than the path of coercion that has resulted in so much damage throughout human experience.

Next Summer: The World Conference in Bali

The movement continues this summer. The International Society for Individual Liberty is hosting the World Conference on Market Liberalization in Bali, June 29 to July 4, 2015. In association with the Freedom Institute in Jakarta and others, we are holding our annual event at the beautiful and spacious estate of Hugo van Reijen. The event is being organized by Li Schoolland, founder of the very successful Shanghai Austrian Economic Summit, 2012 & 2014. http://tftevents.com/bali/

We especially encourage the young libertarians to seek sponsors to help them to attend. It is the place to explore free market alternatives to the problems of the world through voluntary action.

Ken Schoolland is an Associate Professor of Economics and Director of the Entrepreneurship Center at Hawaii Pacific University. He is President of the International Society for Individual Liberty and on the Board of Scholars for the Grassroot Institute of Hawaii.

Ken Schoolland is associate professor of economics at Hawaii Pacific University, a Grassroot Scholar and author of the popular economics fable “The Adventures of Jonathan Gullible,” published in more than 50 languages worldwide.