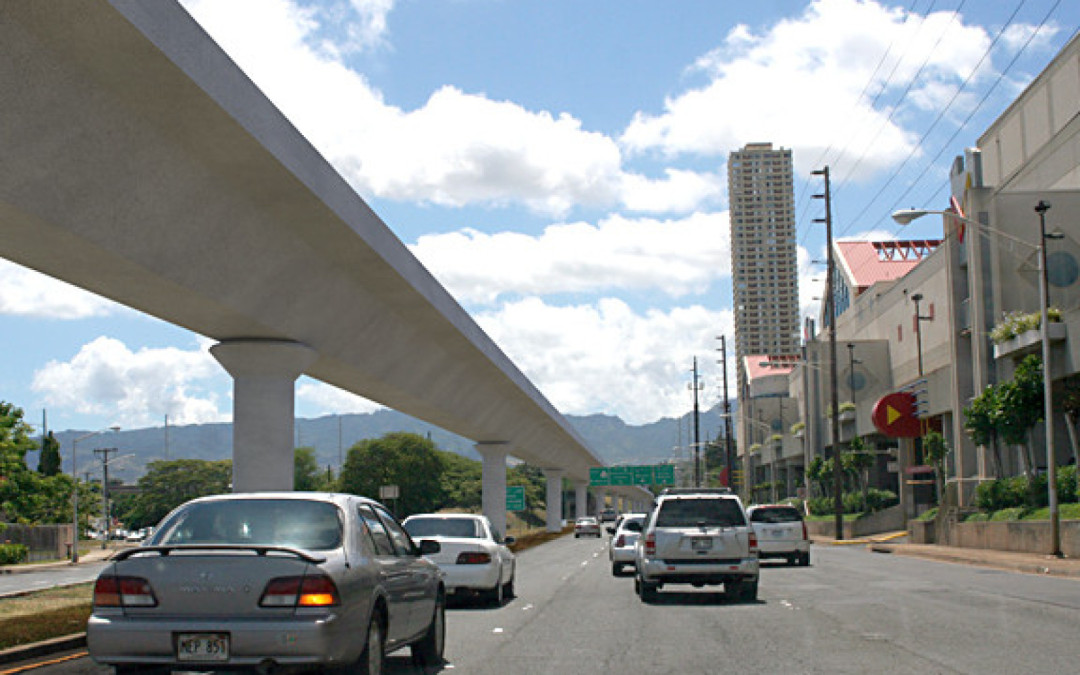 In a recent episode of E Hana Kakou, Grassroot President Keli’i Akina interviewed LaVonda Atkinson, the now-famous whistle-blower on the San Francisco Rail project. Atkinson’s experience offers some important lessons for Hawaii. Not only in terms of how our Rail project has the potential to overrun costs and timelines in a way that the taxpayers never imagined–though that is a serious concern. But also in the example she provides as a symbol of integrity and accountability in government.

In 2012, Atkinson began working as a cost engineer for San Francisco’s Central Subway project. This was a plan to add a two mile extension (at the price of approximately $ 1 billion per mile) to the existing fixed rail line. Although federal rules require projects that receive more than $20 million in federal funds to have a qualified cost engineer on the project in order to fulfill reporting requirements, at the time that Atkinson joined the project, there had not been a cost engineer on board for more than two years.

What is a cost engineer? In short, it’s someone who is trained to do financial cost analysis of complicated projects and fulfill the complex reporting requirements needed by the government. At the time she began her work with the San Francisco rail project, Atkinson, who studied at UC Berkeley, had been doing cost analysis for 18 years, often for large federal agencies like NASA or the Department of Defense.

She says that she noticed problems with the integrity and the accountability of the project within the first two weeks of starting there. The managers had set up a special module in the cost reporting software that allowed them to change prices on things before they went into the report. Atkinson was also told not to report a $1.7 million expenditure to the federal government.

As time went on, things got worse. She was told to, “sit down, shut up, and type what I tell you to type.” She was expected to overlook or ignore massive irregularities, such as the fact that the project regularly changed the codes it used in its reports so as to  allow them to hide expenses and make it impossible to track how much had been spent on a specific item. On one occasion, she was told to change the line item cost for the Main Contractor in Phase One of the project from $7 million to $27 million. Not only did this end up being recorded as a “past” cost (at a nice profit to the contractor involved), but her management also depleted the reserve fund and then took additional amounts from other line items in the budget in order to make the $27 million item “work” within the budget. Of course, this meant that the items that were shorted in this way would eventually overrun, creating even more problems.

At one point, Atkinson sought help from the City Comptroller’s whistleblower line, hoping to learn that some of the irregularities she had noticed were simply standard practice in the city’s contracts. But eventually, it became clear that she was witnessing nothing less than a sustained effort to deceive the public, the auditors, and the federal government.

When management warned her that she could be fired–and for nothing more than trying to do her job honestly–Atkinson decided that it was time to speak out. The San Francisco subway project was looking at almost a billion dollars in cost overruns, and she was concerned about what would happen with the project if she was fired and there was no one left to watch it. In other words, she cared about the taxpayers of San Francisco and all the people affected by the rampant dishonesty and corruption taking place.

Atkinson’s revelations rocked the city. She says that she now plans to write a book about her experience as a cost engineer and the times when she has had to come forward (as in San Francisco) to protect the interests of those that foot the bill for these large and expensive projects.

For those of us in Hawaii, however, Atkinson’s story raises some deeper concerns. If San Francisco ran into such serious problems on a two-mile, $2 billion fixed rail extension, what can Hawaii expect to see from our much larger, 20 mile, $6 billion fixed rail project? Unfortunately, her appraisal is not good.

“My professional opinion is that it is absolutely not going to be at that cost,” said Atkinson. “Especially when the major contracts haven’t been awarded for the rails and the transit stations.” She points out that the rails and transit stations alone ended up with bids $500 million over their expectations in the smaller San Francisco subway project. And cost overruns are only part of the picture. Speaking of the Honolulu Rail, she said, “Honestly, I would be absolutely amazed if this project got completed in under 30 years for under 20 billion dollars.”

Atkinson has been watching the debate over rail in Hawaii and noticed some similarities to the situation in San Francisco–especially in the difficulty some have experienced in trying to unravel the complicated accounting system used for the project. Warns Atkinson, “This convoluted numerical system is necessary and it’s a required part of federal transit and there is a good reason for it. But it is easily manipulated by dishonest people and very difficult to uncover without people on the inside or without a program management oversight committee.” She adds that the responsibility falls on the contractor in charge of oversight of the project to stand up and demand an accounting, rather than simply accepting or ignoring the confusion over the numbers.

Both Dr. Akina and Ms. Atkinson noted the irony of investing heavily in rail when it is so time-consuming and expensive to construct. In light of the technological advances in transportation we are seeing, communities that choose rail are looking to the past, not the future.

Asked if she had a recommendation for Honolulu about its rail plan, she was blunt, saying, “Cut the cord.” The argument that there has already a great deal of money spent on the project is beside the point:

“You’re going to waste so much more to keep going just because you started. And stopping doesn’t mean you end up with a road to nowhere. … It may mean that you find a new purpose for that or you find a more efficient, cost-effective way to deliver the mass transit that people actually want and need. Because a lot of times, they’re delivering what the contractors want, which is the contract value, or what a legislator wants … not necessarily delivering what the public needs.”

Finally, Atkinson concluded with a few words for the potential whistleblowers out there:

“Go for it. Have faith in your integrity. The more we speak up, the more people can feel confident that honesty will not be punished. And I also say hit ‘em where it counts—get a lawyer.”

All too often those working on projects funded by government dollars forget that their true responsibility is to the taxpayers. The people of San Francisco are fortunate that LaVonda Atkinson never forgot who she was truly accountable to. We can only hope that the people involved in the oversight of the Honolulu Rail project show a similar sense of integrity and accountability.