Engage North Korea as Pyongyang Advances Along the Nuclear Path 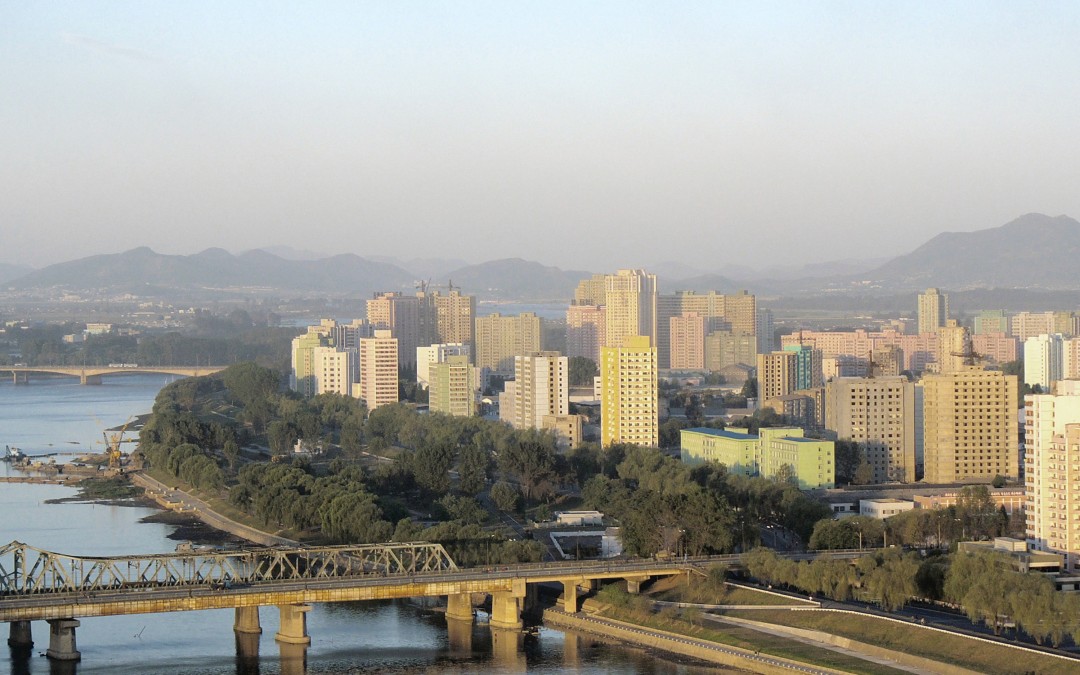 North Korea continues along the nuclear path. A new report warns that Pyongyang could amass a nuclear arsenal as large as 100 weapons by 2020. That would make the North a significant regional power.

Washington has no realistic strategy to deal with the Democratic People’s Republic of Korea. Some policymakers have advocated offensive military action, but that likely would trigger a war which would devastate South Korea.

The Obama administration’s chief policy has been to reaffirm Washington’s defensive alliance with the South. Some 28,500 U.S. troops are on station, backed by conventional and nuclear forces elsewhere.

However, this only encourages the North’s nuclear development. The DPRK sees nukes as protection against the allies’ overwhelming military strength, prestige for an otherwise geopolitical nullity, potent tool of extortion, and domestic reward for the military.

Some analysts look to more economic sanctions to stop a North Korea bomb. But neither China nor Russia is likely to approve new UN penalties. Additional U.S. sanctions alone aren’t likely to cause the North to surrender a program deemed essential to the regime’s international standing and domestic stability.

There also is the increasingly forlorn hope for negotiation. However, voluntary disarmament seems especially unlikely given the critical political role played by the military in Pyongyang.

Some policymakers look to Chinese pressure on the North as a panacea. But the People’s Republic of China is not inclined to take steps which might violently collapse the North Korean state.

The Obama administration should adopt a different approach. Instead of attempting to micro-manage the region, Washington should leave the Korean Peninsula’s future up to the two Koreas and their neighbors. What happens in Pyongyang today is of vastly greater interest to others in the region than it is to the United States.

Of course, a DPRK deploying nuclear-tipped intercontinental ballistic missiles theoretically could strike America. However, Pyongyang knows that attacking the U.S. would ensure that North Korea ceased to exist. And the ruling Kims always wanted their virgins in this world, not the next.

While the U.S. retains an interest in a stable Northeast Asia, even more so do the surrounding nations. The best American “leadership” would be to turn responsibility for the peninsula over to neighboring states.

America’s defense guarantee has deformed South Korean policy. Today the ROK enjoys a GDP around 40 times that of the North, population twice as big, and vast technological and international lead. Yet the South has continued to underinvest in the military.

U.S. policy has had a similarly perverse effect on Japan. American military support has left Tokyo as a geopolitical dependent, vulnerable to its potentially aggressive neighbors, both North Korea and China.

Finally, America’s dominant regional role has encouraged China to manipulate the instability created by the North. Washington’s ill-disguised effort to contain the PRC, which would be aided by the South’s absorption of the DPRK, reinforces China’s commitment to preservation of the Kim regime even at cost of the North’s denuclearization.

America should end its defense guarantees and withdraw its troops from South Korea and Japan. Disengagement would transform the region’s dynamics.

First, the North would face a significantly reduced threat environment. America’s alliance with the South encourages the North to maintain an oversize military establishment, highlighted by WMDs.

Second, North Korea’s neighbors would be accountable for the results their own policies toward Pyongyang. They no longer could rely on the United States to underwrite their defenses, subsidize their actions, restrain their adversaries, and mitigate their mistakes.

Third, the United States would find it easier to improve relations with North Korea from a distance. Washington should initiate bilateral discussions intended to open low-level diplomatic relations, create selected economic opportunities, and offer expanded ties if the North responds positively. While transformation via engagement is a long-shot, transformation via coercion has failed.

As I point out on Forbes online:  “North Korea is Northeast Asia’s biggest security problem. But it is not—or at least should not be—America’s security problem.” The Korean Peninsula should be left to the Koreas and their neighbors.