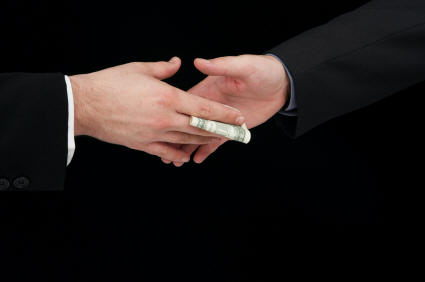 Do you remember the alternate version of the Golden Rule? “The man who has the gold makes the rules.” Well, the “man” with all the gold (i.e., taxpayer dollars) happens to be federal bureaucrats. They have been doling out dollars to the states for decades—if the states kowtow to the will of the politicians and bureaucrats. The latest example: the Federal Emergency Management Agency (FEMA).

The Washington Times reports that FEMA has decided that it will hand out state grants only to those states that bow down and kiss the golden calf of global warming.

“The policy, which goes into effect in March 2016, doesn’t affect federal money for relief after a hurricane, flood, or other natural disaster. But states seeking disaster preparedness money from Washington will be required to assess how climate change threatens their communities, a requirement that wasn’t in FEMA’s 2008 guidelines.”

This effort is part of a decades-long history of the federal government dangling money in front of the states IF they cry “uncle.” Talk about pay for play! Only in this case, the “pay” is simply the government giving back to the states money (i.e., tax money) it took from their citizens.

This process started with President Lyndon B. Johnson and his wife Lady Bird’s effort to reduce billboards on highways. If states didn’t remove what she thought were tacky billboards, they lost highway funds.

In the 1970s Congress wanted states to lower their speed limit to 55 miles per hour. If they refused they would lose a percentage of their highway grant money. Congress later decided states should raise the speed limit using the same bribe.

During the Reagan years Congress wanted to set a national standard for the drinking age at 21 and conditioned highway funds on adopting that provision. And President George W. Bush pushed his No Child Left Behind Act on the states by imposing financial sanctions if the states didn’t comply.

However, once President Obama took office states finally began to push back against this pay for play. For example, several states said no to some of Obama’s stimulus money. And when Democrats made money available if states created Obamacare health insurance exchanges and expanded Medicaid, many of them told the government to shove it.

That’s a good start. It’s time to end the cycle of the feds taking our money only to hand some of it back—minus a big bureaucratic handling charge—if states do their bidding.

But the problem with the “just say no” stance is that if states refuse, their citizens’ tax dollars go to more compliant states.

That practice is so prevalent that economists publish studies showing which states get back more than their citizens pay in and which ones get back less. The stigma of being on the “losing end” of the subsidies handout prompts politicians to lobby even harder to get more money coming back to their states, which tends to boost total government spending.

The real question is why we let the feds take so much of our money in the first place? Tax reform that dramatically reduced what we give Washington would mean the feds would have little or no money to give back.

That would mean states would have to pick up more of the slack of building roads and bridges, handling education and disaster relief. But isn’t that how a federalist system with limited federal powers is supposed to operate?