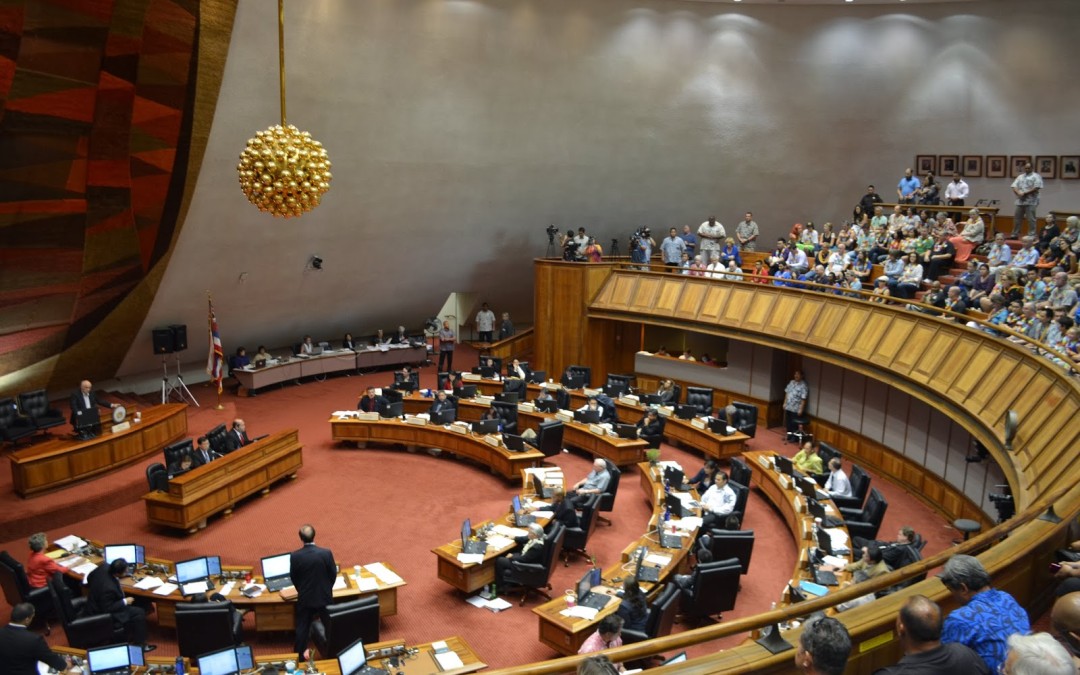 Recently I was on KHPR’s radio show “Town Square” with host Beth-Ann Kozlovich, Janet Mason from the League of Women Voters, and Jessica Yamauchi of the Coalition for a Tobacco-Free Hawaii. The subject of the show was House Bill 145.

This bill has quite a history. It started as a bill to limit the tobacco tax on large cigars to 50 cents per cigar. The House Consumer Protection and Commerce Committee scrapped the contents and transformed it into a bill giving a tax credit for cigar producers, stating that this would be a more effective way to help local producers of cigars compete. The House Finance Committee sent this version over to the Senate. The Senate Committee on Commerce and Consumer Protection gutted that version, turning it into a bill that broadened the definition of tobacco products in the tobacco tax to include vapor devices, sometimes known as “e-cigarettes,” and jacked up the tax from 70% to 80% of the wholesale price on “other tobacco products,” including snuff, chewing tobacco, and the e-cigarettes. Then the Committee on Ways and Means dredged up the original language of the bill and tacked it back on. The result was a “Frankenbill” – made up of parts of different bills stitched together. Indeed, the Ways and Means chair explicitly conceded at the hearing that the two parts of the bill were not consistent, but asked her members to send the bill forward for the Conference Committee to sort out.

Janet Mason mentioned that her organization and Common Cause Hawaii have a “Rusty Scalpel Award,” for the “most altered bill whose original content is no longer recognizable because of ‘surgical techniques’ that changed the original purpose of the bill.” Last year’s clear winner was the Turtle Bay bill, which we have written about before; HB 145, she said, is definitely being considered for the dubious honor this year.

For one thing, a Frankenbill is bill tough to follow through the legislative process. Jessica Yamauchi’s organization, for example, strongly opposed the first two versions of HB 145, supported the next version, and supported part and opposed part of the current version. Jessica’s organization was sophisticated enough to track it through these permutations, but woe be to the poor ordinary voter! It’s enough to make anyone’s head spin!

Next, Frankenbilling to resurrect the dead makes a mockery of the legislative process. The original HB 145 had proponents and detractors. The detractors seemingly won at several stages in the process, because some of the committees decided, after public input, that the large cigar tax cap wasn’t worth advancing. But supporters of the cap were able to get their language in the current version of the bill anyway! Now the Frankenbill goes to Conference Committee with dissimilar pieces, the same as if each piece had passed every step in the process. Certainly, the Conference Committee is likely to include the chairs of the committees that killed the original measure. But because conference committees usually operate without public input, it’s easy to imagine that this bill’s fate may now depend on horse trading, back-room deals, or other things having little to do with the merit of the bill’s various versions.

Whatever the process, let’s be realistic; politics is politics, and there are always intangible considerations that determine the fate of any measure. But the more we stick to the rules and the process, the more the public can have confidence in government.