All Quiet on the Dardanelles: Gallipoli Reminds Us of Stupidity of War 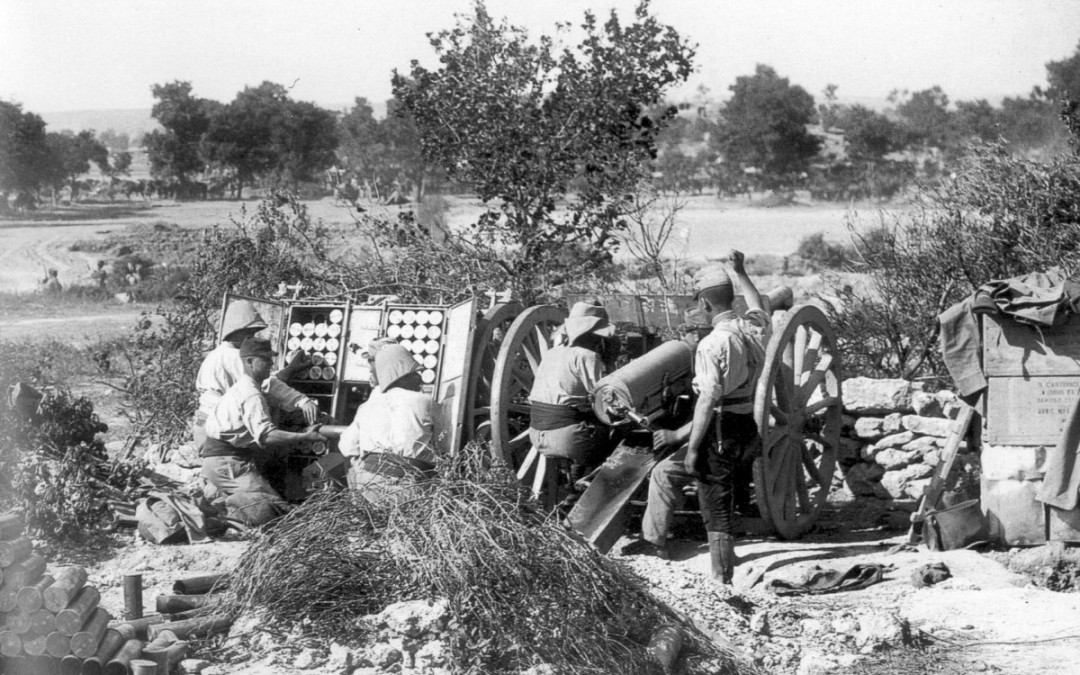 A century ago this week, one of the most important battles in the Great War began. Allied forces landed in what is typically called the Gallipoli or Dardanelles Campaign. The campaign went badly almost from the start, with heavy casualties on both sides. Ultimately London admitted defeat and withdrew its forces eight and a half months later.

The fight offered another horrid highlight to the insane paroxysm of violence eventually known as World War I.

More than 30 cemeteries fill the Gallipoli Peninsula. As many Turkish and allied troops died in this one extended battle–perhaps 120,000(though Turkish figures are incomplete and probably low)–as did Americans in the entire conflict.

For reasons that seem sadly frivolous today, all of Europe’s major powers, including the Ottoman Empire—the tottering “Sick Man of Europe”—went to war in 1914. No conflict is pretty, but World War I was particularly dreadful.

The Entente forces decided to attempt to force the Dardanelles, seize Istanbul, and open the Bosphorus Straits into the Black Sea. The battle commenced in February 1915. The British fleet first tried to push through the Straits but was halted by shore batteries and mines.

The allies then commenced an amphibious operation. Although soldiers from Britain, France, and India (a British colony at the time) were involved, men from Australia and New Zealand, grouped in the Australian and New Zealand Army Corps, played a leading role.

By January 9, 1916 the allied forces had been withdrawn. In a war noted for bloody futility, Gallipoli stood out as an example of purposeless killing.

The battle was the Ottomans’ greatest victory in a losing war. Only a sideshow for Britain and France, Gallipoli was a searing experience for Australia and New Zealand.

Gallipoli’s Anzac memorial displays the words of Mustafa Kemal, a 34-year-old divisional commander and later founder of modern Turkey (when he added the name Ataturk): “You are now lying in the soil of a friendly country. Therefore rest in peace. There is no difference between the Johnnies and the Mehmets to us where they lie side by side here in this country of ours.”

As I wrote in Forbes, “For an American, Gallipoli provides the same haunting feeling as visiting Antietam or Gettysburg, or Arlington Cemetery. It is the scene of heroism and tragedy, the formative experience in the destruction of one nation and creation of another.”

The cemeteries, big and small, give Gallipoli its majesty and tragedy. For instance, the Beach Cemetery is the final resting place to 379 allied soldiers. Most of the dead were in their early 20s, cut down with most of their lives before them.

Turkish mothers and fathers lost children too. Among Alcitepe’s dead was a 15-year-old, Hasanoglu Ahmet, from nearby Canakkale.

The battle settled nothing militarily. After the allied withdrawal the conflict went on for almost another three years.

First Lord of the Admiralty Winston Churchill lost his job as a result of the ill-fated campaign, and departed to command a battalion on the Western Front, where the war eventually was decided with American aid. Britain went on to spur an Arab revolt against the Ottoman Empire. Out of the wreckage emerged a new Turkish state headed by Ataturk, as well as a gaggle of artificial nations, some of which are dissolving before our eyes today.

Not only was the Gallipoli campaign futile, so was the entire conflict. The entry of the United States was particularly mad, a reckless act by an arrogant President Woodrow Wilson, who believed that he had been anointed from above to reorder the globe.

As a result, tens of thousands of Americans died to enable the Europeans to plunder the defeated, including the Ottomans. The Versailles Treaty became but an armistice for a generation, leading to the far more destructive World War II.

Today Gallipoli is peaceful, a place for study, reflection, even reverence. The momentous events of the Dardanelles remain alive even though a century has passed.