Repeal, Not Reform, Is Necessary for the Bloated Welfare State 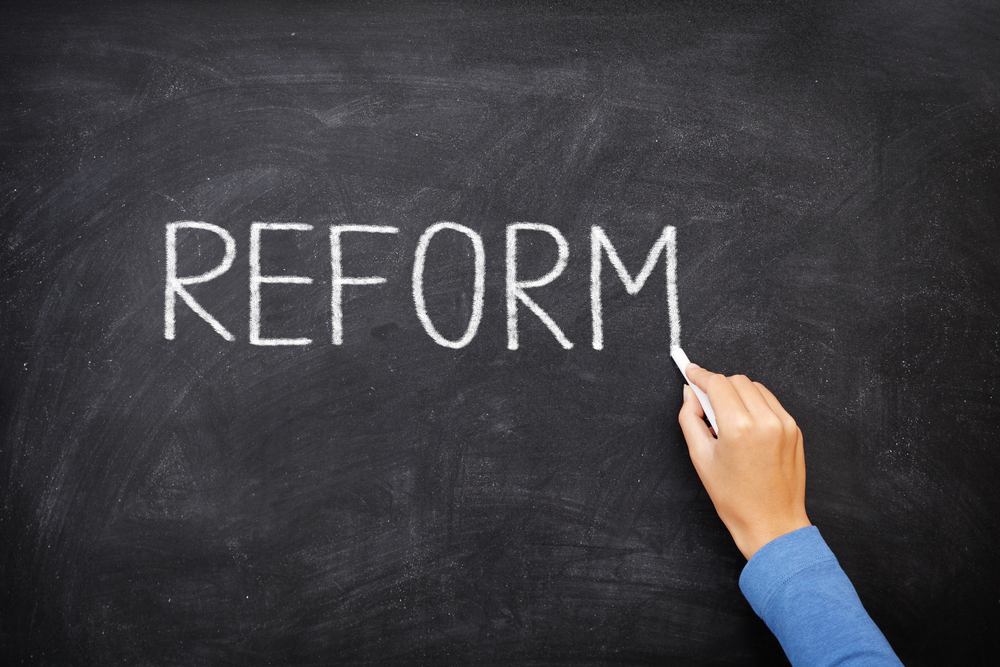 The United States is effectively bankrupt. Economist Laurence Kotlikoff figures the United States faces unfunded liabilities in excess of $200 trillion. Only transforming or eliminating such programs would save the republic.

The Left likes to paint conservatives as radical destroyers of the welfare state. Instead, some on the Right have made peace with expansive government.

Particularly notable is the movement of “reform conservatism,” or the so-called “reformicons” who, noted Reason’s Shikha Dalmia, “have ended up with a mix of old and new liberal ideas that thoroughly scale back the right’s long-running commitment to free markets and limited government.”

The point is not that attempts to improve the functioning of bloated, inefficient programs are bad. But they are inadequate. Yes, government costs too much. Government also does too much.

The worst “reform conservatism” idea is to manipulate the state to support a particular “conservative” vision. For instance, Dalmia points out that some reformicons want to use the state to strengthen institutions which they favor.

Dalmia noted that Utah’s Sen. Mike Lee has criticized conservatives who “have abandoned words like ‘together,’ ‘compassion,’ and ‘community’.” Although he warned against overreliance on the state, he still wants to use it for his own ends.

Reformicon intellectuals and politicians argue for an expended Earned Income Tax Credit for singles and increased deductions for dependents and tax credits for parents who stay at home. Some reformicons want more taxes on the wealthy, new employee-oriented public transportation, and a preference for borrowing over deficit reduction.

Senators Lee and Marco Rubio have introduced the “Economic Growth and Family Fairness Tax Reform Plan.” It offers some corporate and individual tax reductions but raises the rates on most everyone by lowering tax thresholds. The bill also increases the child credit even for the well-to-do.

Alas, this differs little from liberal social engineering. As Dalmia put it:  “Broad-based, neutral tax cuts to stimulate growth are out, markets are optional tools, the welfare state is cool, redistributive social engineering is the way forward, and class warfare is in.”

Reformicons don’t so much disagree as argue that they can do better than liberals. For instance, Yuval Levin of National Affairs contended that his movement relies on “experimentation and evaluation [and] will keep those programs that work and dump those that fail.”

Politics drives reform conservatism. Henry Olsen of the Ethics and Public Policy Center made a fulsome pitch for conservatives to embrace social benefits for “their” voters. After all, “Many of those working-class voters are located precisely in the two places a Republican presidential candidate needs to carry to win the White House.”

Of course, no one should want policies that don’t work. But that doesn’t address the most important question: is the end itself justified? Efficient income redistribution doesn’t make the process morally right, only less wasteful.

And such measures can create new problems. For instance, author Amity Shlaes and Matthew Denhart of the Calvin Coolidge Presidential Foundation warned the Rubio-Lee plan would generate resentment by pitting individuals against families. It also would sacrifice opportunities to spur economic growth by emphasizing group privileges over rate reductions for all.

Big issues are at stake. The current economic system isn’t working for all. Rubio asked the right question: “How can we get to the point where we’re creating more middle-income and higher-income jobs, and how do we help people acquire the skills they need?”

As I point out in the Freeman:  “However, social engineering, even conservative social engineering, is not the answer. The starting point for job creation remains what it always has been, making it easier to create businesses and jobs.” For most issues, the principal answer will come outside of politics. As Sen. Lee recognized, “Collective action doesn’t only—or even usually—mean government action.”

Some reformicon ideas might make some conservatives appear more presentable to the public. But reform conservatism fails to provide an answer to the most important problems facing America. Government is not just inefficient. It is too big and does too much.