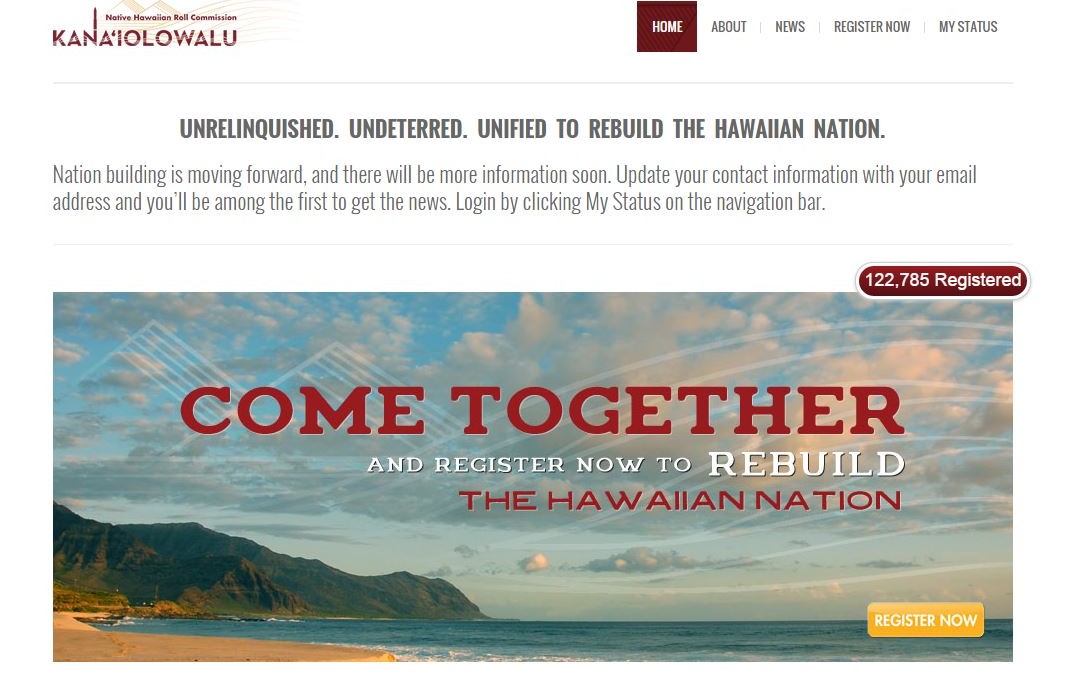 In a victory for transparency and open government, a state court recently ordered the release of the Native Hawaiian Roll. The decision put an end to a long dispute over an open records request, during which the Native Hawaiian Roll Commission claimed that the Roll could not be made available to the public. Below are some highlights of the media coverage of the decision.

On its website Kanaiolowalu, the Native Hawaiian Roll Commission’s enrollment list, said it’s registered about 123,000 Native Hawaiians. Kelii Akina, president of Grassroot Institute of Hawaii, believes the public has a right to know who’s on it.

“It was a shame that a public document belonging to the public was being withheld by a government agency,” he said.

“It will now be possible to examine the concerns of tens of thousands of individuals whose names were put onto the list without their direct permission,” Akina said.

Organizations like the Grassroot Institute argue that the roll commission’s work will lead to a race-based sovereign government, something they argue is discriminatory. They claim that the commission has inflated the actual numbers of enrolled Hawaiians, from 40,000 to three times that number.

Waihee added that as much as 90 percent of the list had been made public last year at libraries and other locations throughout the state.

“If the information on the list was readily available, it would not have taken months of repeated requests and legal action in order to obtain it,” Akina told Civil Beat. “Like all voter records, the Native Hawaiian roll is a public list, which by law should be accessible to all members of the public.”

“Racial classifications designed to allocate political power and government benefits are bad; attempting to unlawfully use Hawaiian citizens’ names, without their consent, to create those classifications is even worse,” Fitton said in a news release.

Akina added, “Hopefully OHA will stop wasting public money on its unconstitutional push for sovereignty and, instead, spend it on housing, education, employment, and health services for those in need.”

The Hawaii Circuit Court has ordered the Native Hawaiian Roll Commission to release its enrollment list.

That’s after a lawsuit was filed by Judicial Watch, with the assistance of the Grassroot Institute of Hawaii, after an open records request for the roll was repeatedly denied by the commission.

The court rejected the commission’s reasons for denying the request, saying there is a need for a transparent government.