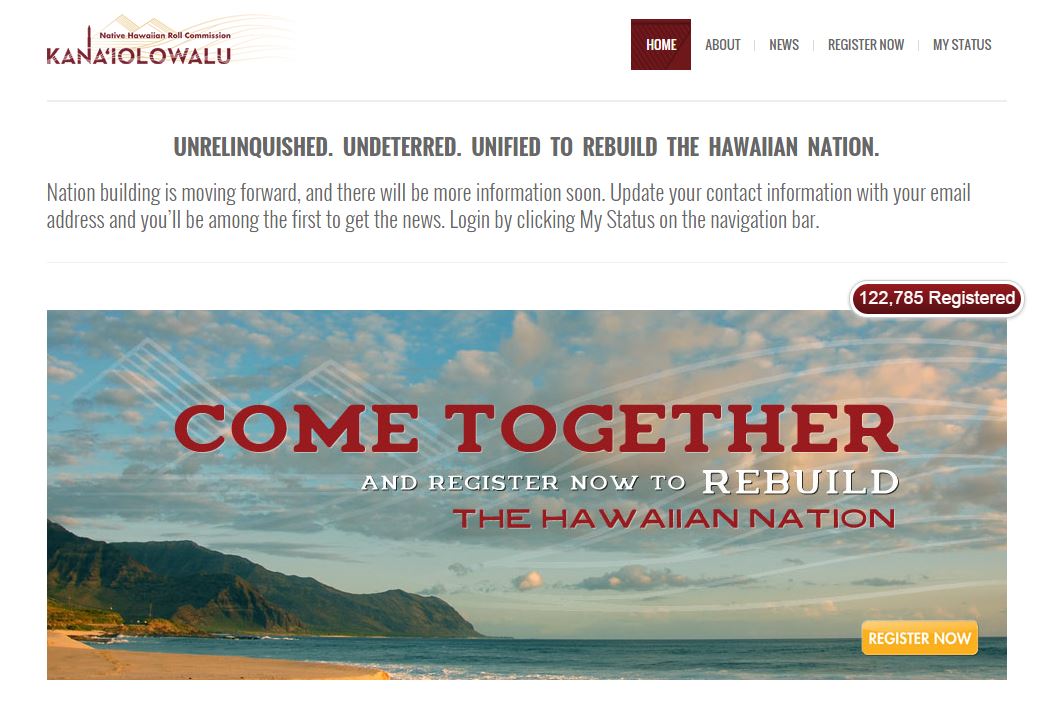 HONOLULU, HAWAII–July 23, 2015–Today, the Grassroot Institute of Hawaii posted the enrollment list compiled by the Native Hawaiian Roll Commission (operating on behalf of the Office of Hawaiian Affairs) on its transparency website, OpenHawaii.org. Though the Roll Commission continually attempted to obstruct and withhold the list–even providing it in an unorganized and unsearchable format when finally forced to do so by a court order–it is now available to the public for download and review.

Watchdog organization Judicial Watch, with the cooperation of the Grassroot Institute, first sought the list via an open records request filed last year. When the Native Hawaiian Roll Commission refused to release the list, they filed suit to compel disclosure under the state’s transparency law. Hawaii Circuit Court Judge Jeannette Castagnetti ordered that the list be released and set a deadline for the Commission’s compliance. The Commission waited until the deadline, then provided a list that made a farce of the state’s transparency law. Despite the fact that the document must exist in electronic format, they delivered the list on stacks of paper, arranged in no particular order–a clear attempt to thwart the public’s desire to search through and analyze the names on the Roll.

Judicial Watch objected to the format that the list was delivered in, but the Commission once again proved that it has little interest in open and transparent action, refusing to send the list in electronic form, or even alphabetical order. While the Grassroot Institute attempts to find a way to create a more easily searchable list from the one provided by the Commission, it has made the existing version available to the public.

“It is troubling to see that the Roll Commission, as a government agency, has little regard for transparency and its duty to all citizens, especially Native Hawaiians,” stated Keli’i Akina, Ph.D., President of the Grassroot Institute. “Tens of thousands of Native Hawaiians had their names placed on the Native Hawaiian Roll without their express consent, and many have voiced their concern and anger. It is time for State of Hawaii agencies to get out of the nation-building business and stop wasting money that rightly should be spent on education, health services, jobs, and housing.”​

“Trying to divide American citizens by race is bad enough, but signing citizens up for this project without even telling them is an atrocious abuse of government power,” said Judicial Watch President Tom Fitton. “Anyone who learns that their name is on this list should demand that the NHRC remove it.”

To view and search the list, click here. Because it is a large document, it will take time to load completely. Please wait for it to load before searching. To search for a name, hold down the Ctrl key and press the “f” key. Then, simply type all or part of the name into the search box.