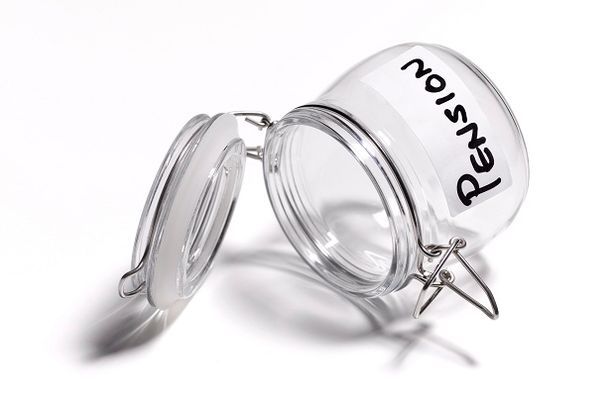 We’ve earlier written about State pensions and other post-employment benefits. We’ve mentioned that the liabilities are potentially huge, but we haven’t yet spoken much about constitutional protection.

The Hawaii Constitution says, “Membership in any employees’ retirement system of the State or any political subdivision thereof shall be a contractual relationship, the accrued benefits of which shall not be diminished or impaired.” This provision dates from the Hawaii Constitutional Convention of 1950, where delegates were concerned that the government had some funding lapses in the past and might be tempted to do so again. In 2007, the Supreme Court of Hawaii held that our constitution protects not only benefits accrued under the Employees’ Retirement System (ERS), but also the funding sources for those benefits. In 2010, that court held that this constitutional protection also extended to benefits under the Hawai‘i Employer–Union Health Benefits Trust Fund (EUTF). In other words, state government employees who have worked for the state and have accrued benefits under ERS or EUTF are guaranteed to have those benefits and are guaranteed that those benefits will not be reduced or taken away.

Constitutional protection for these benefits might seem like a good thing. After all, we want to take care of those loyal, dedicated public servants who have sacrificed their lives for the well-being of our people, right?

But let’s take a look at the depth of what constitutional protection really means.

Recently, there was a case decided in May of this year by the Supreme Court of Illinois. Illinois has a public pension system and a constitutional provision protecting of pension benefits that is worded similar to ours (actually, both were based on New York’s language). A post on American Thinker asserts that its plans are the most poorly funded in America, with an unfunded liability of at least $82.9 billion. It was so bad that the Securities Exchange Commission stepped in to order that the state stop misrepresenting facts with respect to bonds sold to help cover pension expenses. The state suffered a downgrade in its credit rating and faced the prospect of further reductions. As a result of all this, Illinois passed “pension reform” legislation in 2013. The public employee unions challenged it in court scarcely before the ink was even dry on the new law, and the administration, trying to defend the law, said that the calamities facing the state justified extreme action.

That wasn’t enough for the court. The court said that nobody could disregard the provisions of the constitution even in the case of great emergency. If appropriating funds for pensions will curtail other funds and hamper some needed activities, that situation is unfortunate but doesn’t justify violation of the law. “We do not mean to diminish the seriousness of the situation or appear insensitive to the difficulties faced by our coordinate branches of government. Those difficulties are undeniable, and we are highly cognizant of the need for austerity and restraint in our spending. … One thing we cannot do, however, is ignore the Constitution of Illinois.”

In other words, our government can be falling apart at the seams and reeling in the throes of a disaster, but we still have to pay those pensions and benefits. We certainly don’t want to find ourselves in the same kind of crisis in the future, and for that reason we need to respect what we have given to our public employees and make sure that we can pay for it. And if there is any doubt that we can keep the promises we are making to our public employees, we’d better do something quick so we can be honest and keep the promises we make.