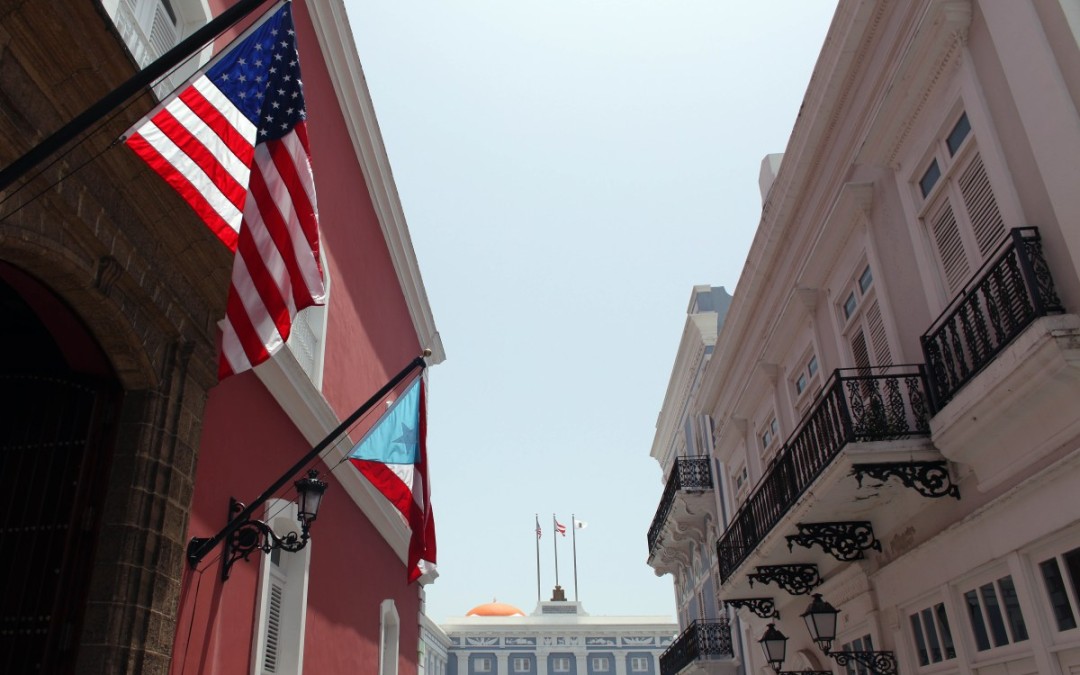 The PBS News Hour posted to their website an article by their award winning correspondent Chris Bury (formerly with ABC’s Nightline) regarding the impact of the Jones Act on Puerto Rico in the context of the Commonwealths financial crisis. The video story appeared on the Thursday night (August 13th) PBS News Hour broadcast.

There is an error in the article’s title when it refers to a 1917 law. Whoever wrote the headline mixed up their Jones Acts. The maritime cabotage provisions are found in Section 27 of the Merchant Marine Act of 1920 and commonly known as the Jones Act.

The 1917 law is a reference to the Jones–Shafroth Act enacted March 2, 1917—also known as the Jones Act of Puerto Rico, Jones Law of Puerto Rico, or as the Puerto Rican Federal Relations Act of 1917. The act superseded the Foraker Act (the Organic Act of 1900) and granted U.S. Citizenship to the people of Puerto Rico. It also created the Senate of Puerto Rico, established a bill of rights, and authorized the election of a Resident Commissioner (previously appointed by the President) to a four-year term. The act also exempted Puerto Rican bonds from federal, state, and local taxes regardless of where the bond holder resides.

Key excerpt from the interview:

The Jones Act, which requires everybody in Puerto Rico to buy goods from an American-made ship with an American crew, limits business owners and jacks up prices.

PBS NewsHour correspondent Chris Bury went to Puerto Rico to understand how citizens are coping with the economic crisis. He spoke to Joel Franqui, owner of a fair-trade store in Puerto Rico, about the taxes and how the Jones Act affects his business.

Chris Bury: The Jones Act requires everybody in Puerto Rico to buy goods from an American-made ship with an American crew. What does that do to your costs?

Joel Franqui: It is limiting. I try buying from different counties, but things are so expensive that I then actually have to go through U.S. distributors to be able to get products that are affordable for the economy here. So it is very difficult. I don’t know enough of the politics to know why it hasn’t changed, since it’s such an old law. And most of the states that are affected by that law are against it. But for us, being an island, it’s even worse, because everything has to go through the United States, even the things that we produce here for U.S.-owned businesses or industries.

Chris Bury: And you have to pay that extra cost?

Joel Franqui: Of course. Usually islands are more expensive in general, but I believe Puerto Rico is even more expensive because of that. Other islands in the Caribbean don’t have that limitation, and it might be part of what is making the economy unstable, or the crisis, but I don’t know. It will help if it’s changed, but I don’t think that’s the main cause of the crisis. We have to look at other things to solve the economy, and that might be ones of the things to do, but not the only thing to do.

Chris Bury: To me, as an outsider, it is amazing that even a very small business like this has got to pay for goods coming in on a U.S. flag ship. And not only a U.S. flag ship, but a ship that was actually built in a U.S. shipyard.

Chris Bury: And there aren’t that many shipyards left.