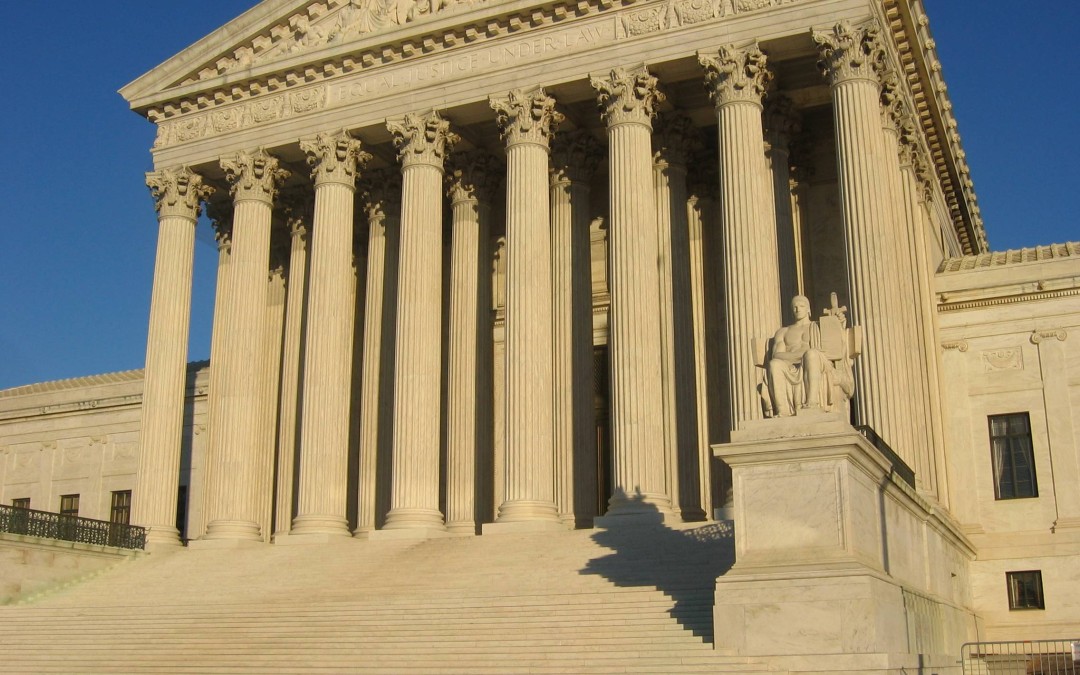 The judiciary has been described as the least dangerous branch.  But that isn’t true.  The Supreme Court has become a continuing constitutional convention, in which just five votes often turns the Constitution inside out.

The latest Supreme Court term was seen as a shift to the left. These decisions set off a flurry of promises from Republican Party presidential candidates to confront the judiciary.

For instance, Jeb Bush said he would only appoint judges “with a proven record of judicial restraint.” Alas, previous presidents claiming to do the same chose Anthony Kennedy, David Souter, and John Roberts, among many other conservative disappointments.

Sen. Ted Cruz (R-Texas) called for judicial retention elections. Even more controversially, he suggested that only those before the justices had to respect Supreme Court rulings.

Extreme measures seem necessary because a simultaneously progressive and activist judiciary has joined the legislature and executive branches in forthrightly making public policy.  The influence of judges has been magnified by their relative immunity from political pressure, including life tenure.

Lose the battle over filling a Supreme Court slot and you may suffer the consequences for decades.  Unelected, accidental President Gerald Ford merits little more than a historical footnote.  But his malign Supreme Court legacy long persisted through Justice John Paul Stevens, a judicial ideologue hostile to liberty in most forms.

Life tenure is enshrined in the Constitution and rooted in history.  The justification for lifetime appointment is to insulate the courts from transient political pressures.

Yet judicial independence does not require lack of accountability. Judges are supposed to play a limited though vital role—interpreting, not transforming, the law.

The dichotomy activism/restraint is the wrong prism for viewing judges. They should be active in enforcing the law, including striking down legislation and vindicating rights when required by the Constitution. They should be restrained in substituting their policy preferences for those of elected representatives.

When jurists violate this role, as do so many judges, including Republican appointees, they should be held accountable. Unfortunately, many of the proposed responses are more dangerous than the judges themselves. Such as Ted Cruz’s idea that people should ignore the Supreme Court.

After all, as originally conceived the judiciary was tasked with the critical role of holding the executive and legislative branches accountable, limiting their propensity to exceed their bounds and abuse the people. For instance, Alexander Hamilton imagined that the judiciary would “guard the Constitution and the rights of individuals” from “the people themselves.”

Of course, all too often the judiciary fails to fulfill this role today, illustrating how unreviewable power is always dangerous.

Some 20 states have implemented Cruz’s second idea, of retention elections. National judicial elections, however, would be far more problematic. Alas, Americans who today choose their president based on 30-second television spots are unlikely to pay serious attention to esoteric legal issues and make the fine legal and constitutional distinctions.

There is a better alternative. The Constitution should be amended to authorize fixed terms for federal judges. Perhaps one of ten or twelve years for Supreme Court justices. Such an approach would offer several advantages. While every appointment would remain important, judicial nominations no longer would be as likely to become political Armageddon.

Term limits also would ensure a steady transformation of the Court’s membership.  New additions at regular intervals would encourage intellectual as well as physical rejuvenation of the Court. Most important, fixed terms would establish judicial accountability.  Justices still would be independent, largely immune to political retaliation for their decisions. Nevertheless, abusive judges no longer would serve for life. Elective officials could reassert control over the court without destroying the judicial institution.

As I point out for The Freeman: “The Supreme Court has become as consequential as the presidency in making public policy. It is time to impose accountability while preserving independence. Appointing judges to fixed terms would simultaneously achieve both objectives.”